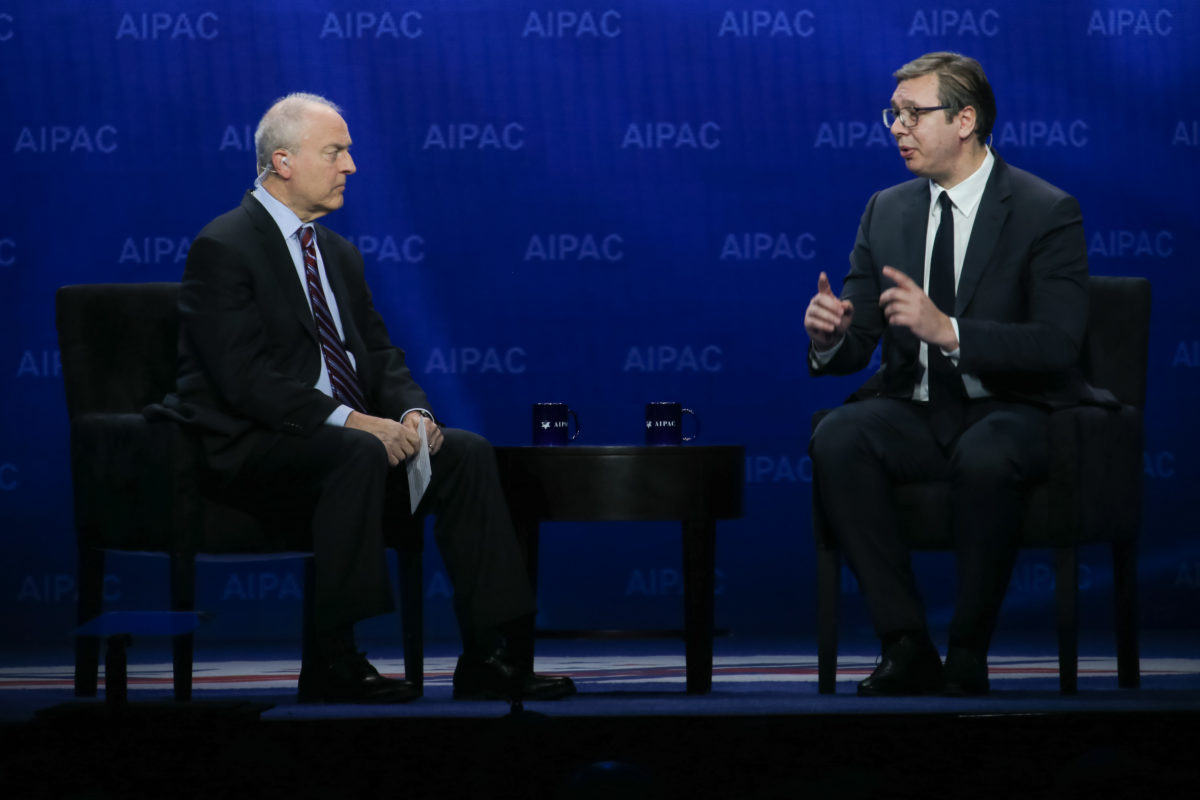 Serbian President Aleksandar Vučić expressed opposition to U.S. sanctions on Tehran in a phone call with Iranian President Hassan Rouhani on Tuesday, according to Iranian government reports. The Serbian president also announced his intention to visit Iran during the call.

Both Serbia and Iran issued readouts of the call. According to the Iranian version, which Serbian officials did not deny when reached for comment, Vučić “emphasized that Serbia has always opposed the imposition of sanctions and pressures on Iran, saying his country stands by the Iranian people.”

According to the readout from the Serbian president’s office, Vučić further expressed his commitment to “developing bilateral cooperation, particularly the economic one, because it lags behind good political relations,” the statement read. “President Vučić pointed out that Serbia was truly grateful to Iran which shows its friendship by principled position on non-recognition of the unilaterally declared independence of Kosovo, as well as by support for this issue, despite extensive pressures.”

Earlier this year, in a surprising move, Vučić was invited to attend and address the annual AIPAC conference in Washington, where he announced from the main stage that Serbia planned to open a diplomatic mission and an economic office in Jerusalem. In an interview with Jewish Insider in March, Vučić said that “we want to buy some arms and weaponry from Israel,” suggesting a possible future deal between the two countries.

Vučić’s appearance at AIPAC’s conference was a source of controversy at the time. The Forward’s opinion editor, Batya Ungar-Sargon, questioned, “Why is a man who still hasn’t apologized for a Muslim genocide that he justified on AIPAC’s platform?” Ungar-Sargon added: “Most of Vučić’s comments on the AIPAC stage were anodyne enough. He spoke of a Holocaust restitution bill he’d supported, and of marking the 75th anniversary of the liberation of Auschwitz, and committed to opening an ‘official state office in Jerusalem with the Serbian official flag.’ One had to wonder: For this mess of pottage AIPAC sold out American Jews?”

AIPAC declined to comment on Vučić’s reported comments regarding U.S. sanctions against Iran.

On Wednesday, Serbia announced it had adopted the International Holocaust Remembrance Alliance definition of antisemitism. The move was praised by the Israeli embassy in Serbia.