Reading the primary tea leaves amid this national moment 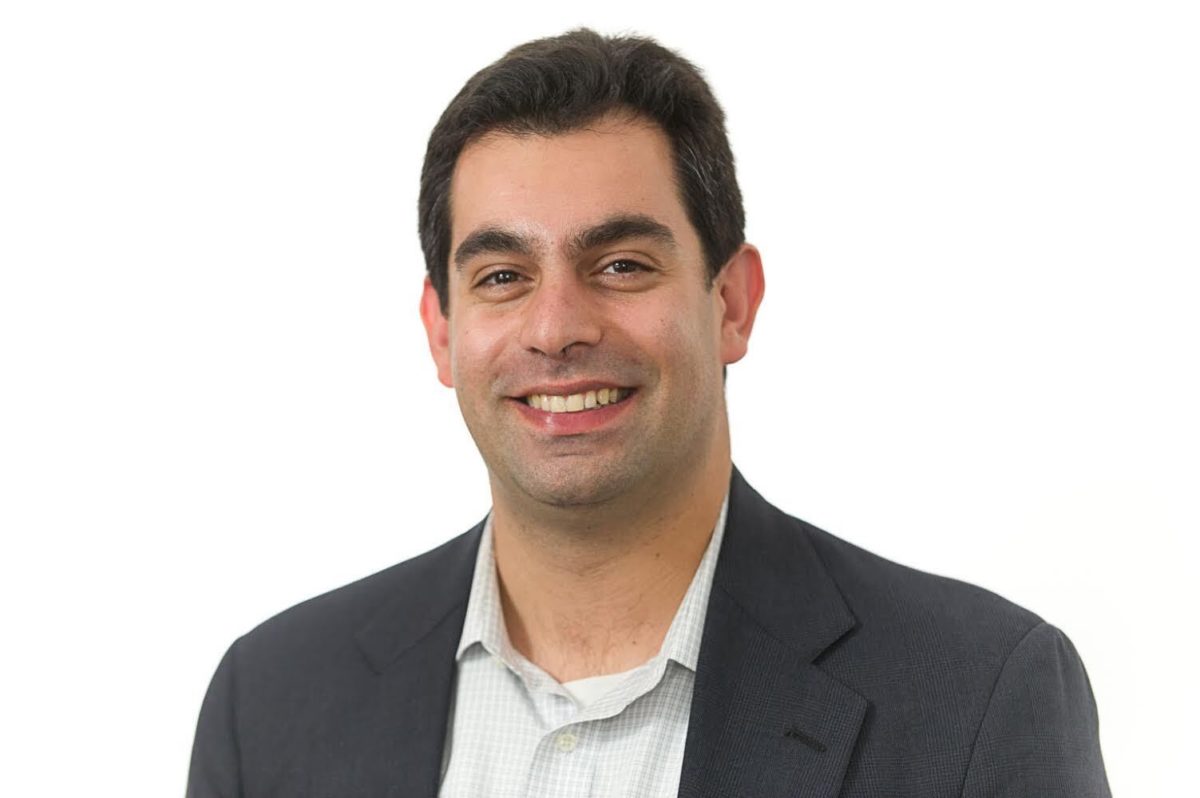 As the politics editor of National Journal, Josh Kraushaar is professionally required to keep track of polls, platforms and party squabbles, among other things. But one gets the sense he’d be doing that in his free time anyway, given his deep knowledge of such matters, on full display in his weekly column, “Against the Grain,” and on his lively Twitter feed.

In a Zoom call with Jewish Insider on Monday, Kraushaar shared his thoughts on some of the key Democratic primaries that are taking place today in New York, Kentucky and Virginia. The elections, he said, speak to a larger political moment, when the more moderate wing of the Democratic party is at an inflection point in which it could shift further left, in part due to the mass protests against police brutality and systemic racism that have swept the nation.

“These are primaries designed to test whether the politics have changed,” Kraushaar told JI. “I’m pretty confident, just reading the tea leaves, reading the moment, that there’s going to be a lot of success for the African-American candidates on the ballot who have really captured the zeitgeist.”

Here’s a look at some of the districts Kraushaar is paying close attention to:

NY-16: In this congressional district, which comprises portions of the Bronx and Westchester, 16-term Rep. Eliot Engel is facing an estimable challenger in Jamaal Bowman, a Black former middle school principal who has gained momentum in recent months thanks to grassroots support, pivotal endorsements from the progressive wing of the Democratic party and a couple of damaging political miscalculations by Engel.

Bowman could have the edge in a tight race, according to Kraushaar, who notes that a lot of things have gone wrong for Engel at the worst possible time. “Whenever you’re seen as being inattentive to the basic needs of your constituents, that is the fuel that allows a challenger to really catch fire,” he said of the congressman, who chairs the House Foreign Affairs Committee and sees himself as the strongest supporter of Israel in Congress.

Kraushaar believes Engel’s time may be up. “Engel probably loses not because Bowman wins the African-American vote in the Bronx and southern Westchester,” he said. “He loses because affluent suburban Democrats in Scarsdale and Rye and wealthier parts of Westchester are wanting to support an African American who has a really compelling biography.”

Because New York doesn’t have runoff elections for primaries, outcomes in which underdogs like Jones win with a slim plurality of the vote — vivisected by the presence of a number of moderate candidates — can happen. “It’s kind of like the presidential primary, where people were worried that [former Vice President Joe] Biden and [Sen. Amy] Klobuchar and all the moderates were going to split up the moderate vote and allow someone like Bernie Sanders to be the nominee,” Kraushaar said. “That didn’t happen. But it took an incredible amount of consolidation at the very end, after South Carolina, for Biden to become the front runner. You’re seeing a similar dynamic in that 17th district.”

“This is the type of race where you just have a confluence of events that are really playing to Jones’s advantage,” Kraushaar observed, envisioning a scenario in which Jones wins with just 20-25% of the vote. “You don’t have a front runner among those moderate Democrats. There is going to be a split.” He added, “If any one of the other candidates can get to 30-35% then they’re probably going to be able to win. But if the winning number is 25 or lower, I think Jones may have the logical path to win this nomination.”

NY-15: Rev. Rubén Díaz, Sr., the 77-year-old Black Bronx city councilmember, is seen as a strong contender to win the primary in this Southern Bronx district, despite the fact that his values — the Pentecostal minister vehemently opposes gay marriage and has likened abortion to the Holocaust — do not align with the modern Democratic party. But Kraushaar believes that stories hyping Díaz’s election prospects are overblown, noting that the 15th is the most Democratic district in the country.

“If I had to bet money, I think Torres is the favorite,” he told JI, referring to Ritchie Torres, the young, gay, Afro-Latino city councilman who describes himself as “the embodiment of a pro-Israel progressive.” Kraushaar added: “I just think the momentum is probably going to be with someone like Torres.”

“Ultimately, there’s a lot of ink spilled about these types of unusual circumstances,” Kraushaar said. “And usually the more conventional candidate, the more logical candidate for the district ends up prevailing in these primaries.”

NY-09: In Brooklyn’s 9th congressional district, Rep. Yvette Clarke is facing a challenger from the progressive flank, Adem Bunkeddeko, who came close to beating her in the primary last cycle. Though Clarke has progressive bonafides, Bunkeddeko has chosen to attack his opponent over her effectiveness, according to Kraushaar. “He’s made the argument that she hasn’t sponsored any major legislation or hasn’t really passed anything of significance during all her time in Congress,” Kraushaar said.

The only difference this time is that in 2018 Bunkeddeko was the only other Democratic candidate on the ballot. Now, Chaim Deutsch, an Orthodox Jewish New York City Councilman, is in the race, along with a few other candidates, diminishing Bunkeddeko’s chances. “You really need to run an inside straight to defeat a member of Congress,” Kraushaar said. “It makes it all the more challenging when you have other candidates that could be splitting that opposition, so I would give Clarke an edge, but that is a race to watch and Bunkeddeko has run a pretty solid campaign.”

VA-05: When it comes to his home state, Kraushaar has his eye on the 5th congressional district, which he believes could turn blue in November after Republican Rep. Denver Riggleman failed to secure his party’s nomination at last week’s convention, losing out to Bob Good. “The Virginia Republican Party holds these conventions most of the time to decide nominees, and not to be crass, but they’re populated with some of the most extreme voices within the party,” Kraushaar said, noting that Good is much further to the right than Riggleman and could lose the general election. On the Democratic side, Cameron Webb, an African-American physician, seems to have some late momentum in the primary, Kraushaar said. “It’s a race to keep an eye on.”

Kentucky Senate primary: Until recently, Amy McGrath, who has managed to raise more than $41 million in her bid to unseat Mitch McConnell, was regarded as the sure candidate to glide through Kentucky’s Democratic Senate primary. But the mood has changed significantly over the past few weeks as demonstrators have taken to the streets of Louisville to protest the fatal police shooting of Breonna Taylor. The protests have given an opening to Charles Booker, a Black Senate candidate who currently serves in Kentucky’s House of Representatives. In the past few weeks, he has narrowed McGrath’s lead and picked up a number of important endorsements. At least one poll puts him ahead of McGrath, a remarkable turnaround.

If McGrath loses, it might be one of the all-time congressional upsets, according to Kraushaar. “She’s one of the best-financed Senate candidates in recent memory,” he told JI. “Someone losing to a candidate who only raised about $780,000 as of the beginning of June, I mean, that would be a literal David versus Goliath story if it happened, and there’s a real chance.”

Still, Kraushaar believes that McGrath has the advantage given her formidable war chest, which has allowed her to spend lots of money on advertising. Regardless of the outcome, Kraushaar posited that the fact Booker is even a contender is an indication of how much the Democratic Party has transformed in a short period of time. “This is a remarkable story that speaks to the times that we’re in,” he said.

It also speaks, Kraushaar said, to whom Biden could pick as his vice presidential running mate. He speculated that Biden would only serve for one term if he is elected, “which means that you want to have a VP that can be the face of the party in four years and run on your legacy.” He believes that Sen. Kamala Harris (D-CA) is a promising choice, but added that she “she’s never really lived up to that potential.” Sen. Cory Booker (D-NJ), he averred, would be best the choice, though Biden has vowed to select a woman. “If you just asked me, like, this is an NFL draft, who’s the best political athlete on the board that matches the moment? It’s Cory Booker.”