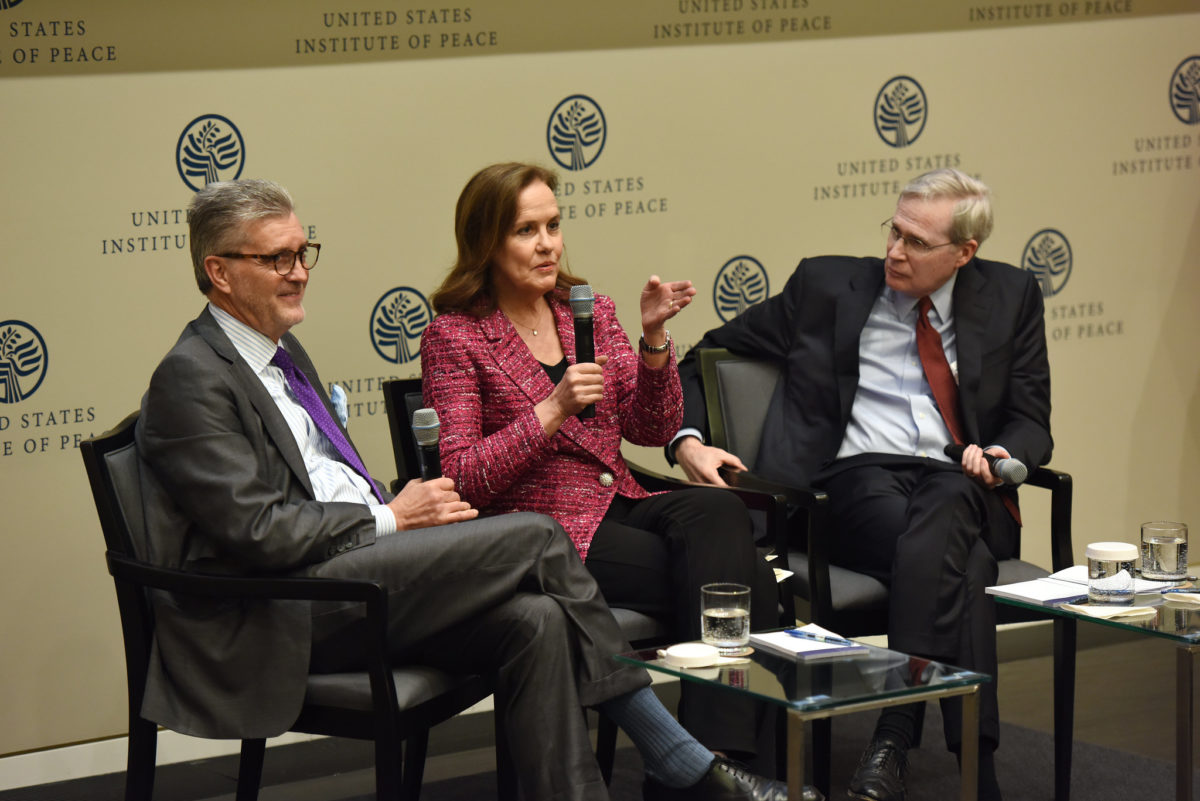 Former Under Secretary of Defense for Policy Michele Flournoy warned Israeli leaders not to ignore the objections to West Bank annexation plans raised by nearly 150 Democratic senators and members of Congress.

Flournoy, speaking during a panel discussion on the topic hosted by Israel Policy Forum, suggested that Israeli Prime Minister Benjamin Netanyahu is “playing with fire, not only in terms of fracturing the region and their relationships with Israel, but also fracturing American political support, which would be terrible and disastrous.”

Flournoy — who served in the Obama administration from 2009-2012 —said she worries that if Israel moves ahead with annexation in the coming weeks, some Democratic lawmakers  may try to hold up the implementation of the 2016 Memorandum of Understanding between the U.S. and Israel and “decide to hold hostage our security assistance to Israel as a way of protesting Israel’s policies” in the West Bank.

“That may not be the most likely outcome, but it’s not unlikely either,” she suggested. Such attempts, Flournoy cautioned, would undermine long-standing bipartisan support “for critical pillars” of the security relationship with Israel. “That’s what really worries me,” she added.

Former U.S. Ambassador to Israel Dan Shapiro said on the webcast that “while there are voices in both parties that are sounding different notes, I still think there’s a large number of Republicans, as well as Democrats, who adhere to [the] principles that can help reestablish broad bipartisan consensus” on Israel and peace in the Middle East. “I am hopeful that is the case,” Shapiro added, “which gives us a lot to work with if there’s a new administration.”