Mitt Romney: Trump’s endorsement of a Palestinian state is a ‘positive step’

'We have been going for a number of years now without anything on the table,' said the Utah senator 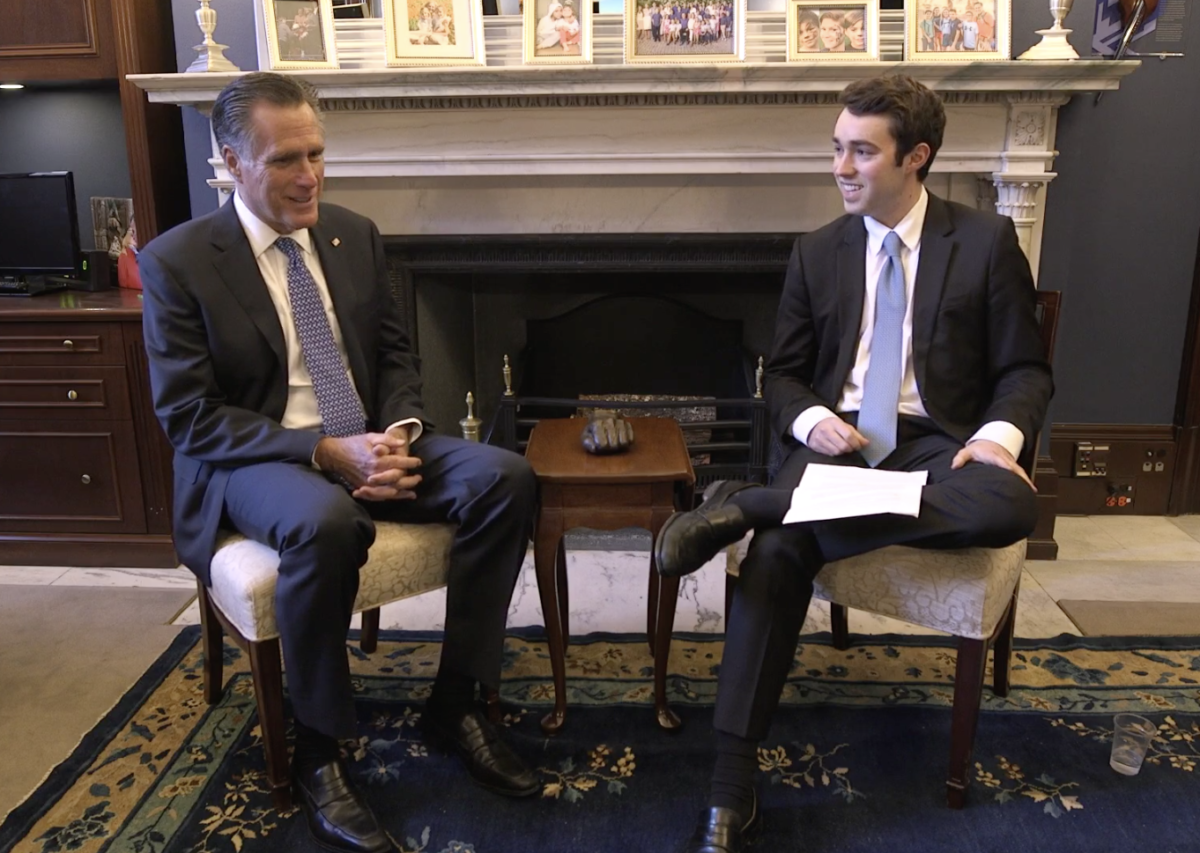 Sen. Mitt Romney in a pre-taped interview for the Israel Summit at Harvard

Sen. Mitt Romney (R-UT) discussed his support for Israel and the Israeli-Palestinian peace process in a video interview for the Israel Summit at Harvard, a university-wide conference that was originally scheduled for this past Sunday but was postponed due to the coronavirus pandemic.

Two states: In the video obtained by Jewish Insider, Romney told the conference’s founder, Max August, that he’s “encouraged” by President Donald Trump’s Middle East peace plan released last January. “I say that because I don’t necessarily agree with every element of the plan, and I know that much of the Arab world and the Palestinians, in particular, have rejected it,” Romney said. The senior Republican lawmaker pointed out that the plan acknowledges that the creation of a Palestinian state “continues to be an American objective.”

Framework for peace talks: Romney described the Trump peace plan as a basis for potential negotiations between the two parties. “We have been going for a number of years now without anything on the table — just talking about [how] we wish things will get better,” he explained. “This president has actually made a proposal and it’s saying, ‘We are willing to sit down and talk.’ I think that’s a positive step as well.” Romney added that while it remains unclear whether the Palestinian Authority is ready to make the right decisions for peace, “having our country lead with a plan that includes the creation of a independent state, I think, is a positive step.”

On his impeachment vote and speaking his mind: “I can admit that there have been a couple of occasions where I made a choice which was more expedient than it was based upon conscience. And at the time I convinced myself that what I was doing was the right thing to do. But looking back I recognized — that I probably knew at the time as well in my heart — that what I was doing was politically expedient,” Romney said. “And at this stage in my life I’ve decided not to do that anymore, and to call them like I see them, and not worry about the consequences.”