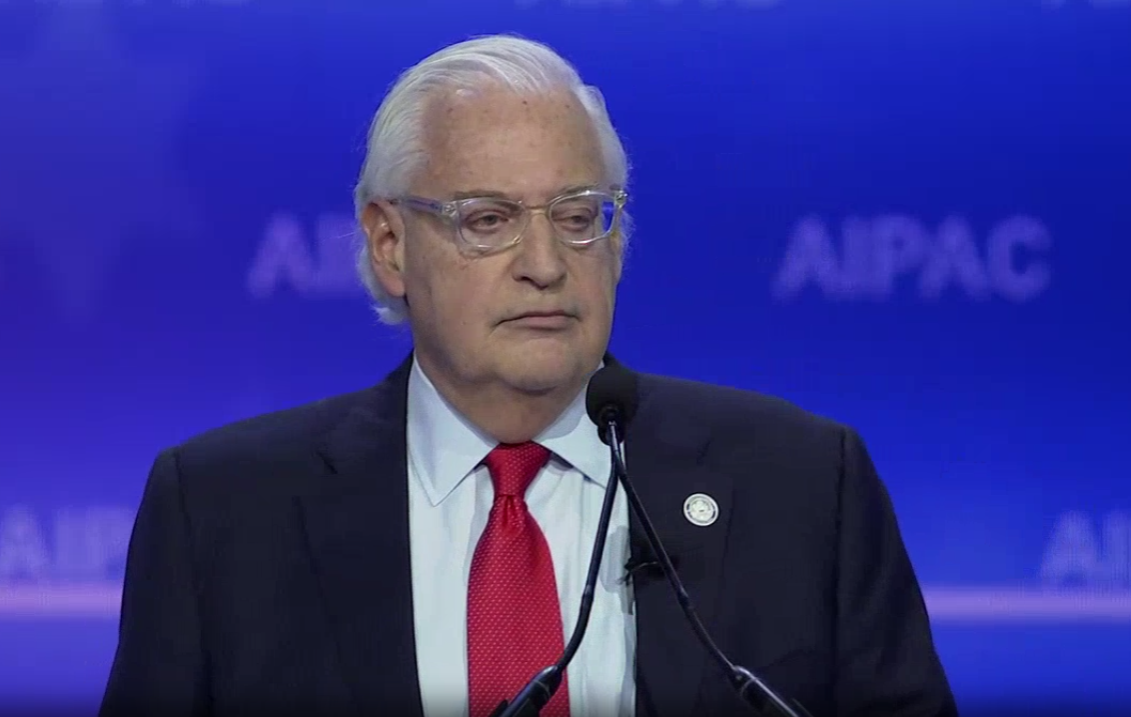 “To my friends on the left, hating Donald Trump is not an Israel policy,” said Friedman. “If the only reason you don’t like our policy and Israel is that you don’t like our president, regrettably, we will remain unnecessarily, endlessly divided and potentially miss a once-in-a-lifetime opportunity.”

Whataboutism: Friedman continued, “Had President Obama — with whom I had profound disagreements — had he moved our embassy to Jerusalem, had he recognized Israeli sovereignty over the Golan Heights, had he restored tough sanctions on Iran, and authored President Trump’s vision for peace, I would have been the first to applaud, and I’d still be applauding today. Of course, none of these things were done by President Obama. In fact, they were all achieved by President Donald J. Trump. And for that we should all be the first to be applauding today.”