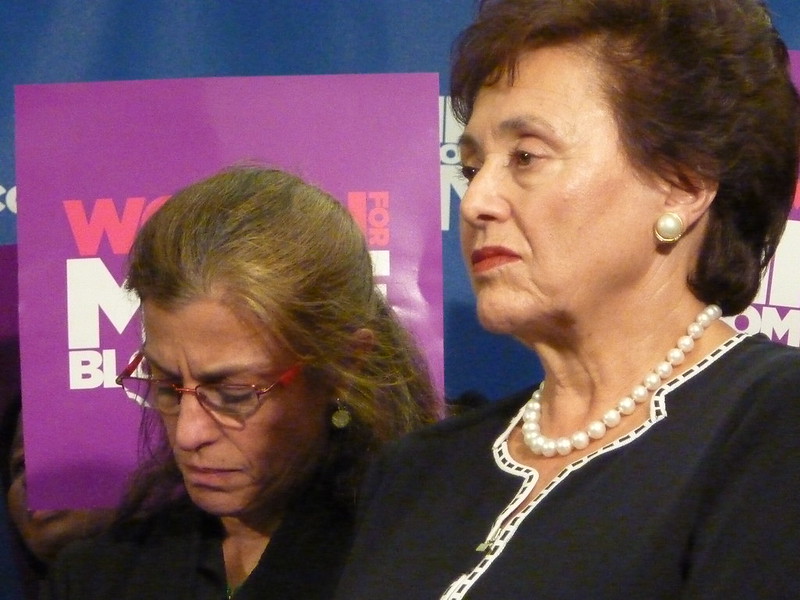 Longtime Congresswoman Nita Lowey (D-NY) announced on Thursday that she will not seek re-election for a 17th term next year.

Lowey, who represents New York’s Westchester and Rockland counties, is chairwoman of the powerful House Committee on Appropriations and head of the State, Foreign Operations, and Related Programs subcommittee. In her role, Lowey recently secured funding to protect Jewish non-profits against terrorist attacks.

Lowey has been a staunch supporter of Israel in her 31 years in Congress and is a frequent speaker at AIPAC’s annual gatherings. In her most recent appearance at AIPAC Policy Conference in March, speaking alongside Rep. Eliot Engel (D-NY), chair of the House Foreign Affairs Committee, Lowey stated, “It is our honor to lead the committees that write nearly every piece of legislation that advances the strong U.S.-Israel relationship, which benefits the United States in meaningful and immediate ways.”

The New York representative opposed the 2015 Iran nuclear deal, maintaining that the JCPOA “lacks a crystal clear statement” that the international community reserves the right to take all measures to deter Iran from ever developing nuclear capabilities. Over the summer, Lowey joined her colleagues in criticizing Israel’s decision to deny Reps. Rashida Tlaib (D-MI) and Ilhan Omar (D-MN) from entering the country.

Reaction: Ann Lewis, who served as White House director of communications for President Bill Clinton and is currently co-chair of the Democratic Majority for Israel, tells JI, “Lowey has been an inspiring leader ever since I met her. She was one of the first women to run successfully for Congress. While leading one of the most important committees in Congress, she established bipartisan partnership with her Republican colleagues and was an eloquent force for the U.S.-Israel relationship.”

Cheryl Fishbein, President of the Jewish Community Relations Council of New York said in a statement that Lowey “has been a true friend and a leader in every issue of importance to the Jewish community.” and has left “big shoes to fill.” Fishbein said that ,in her leadership position on the appropriations committee, Lowey “could do more to influence and advance a piece legislation than almost any other member, except for the Speaker.”

William Daroff, the incoming CEO of the Conference of Presidents of Major American Jewish Organizations, tweeted, “Congress is losing one of its most impactful members and greatest supporters of a strong US-Israel relationship. There is no doubt that Nita Lowey will be missed.”

Halie Soifer, executive director of the jewish Democratic Council of America said in a statement that Lowey’s “wisdom and experience will be deeply missed in Congress when she retires.”

Aaron Keyak, former head of the National Jewish Democratic Council, tells JI that Lowey’s decision “is a great loss” for the pro-Israel community. “She has been a true champion and one of the strongest to ever hold the gavel for the House Appropriations Committee,” he said.

Rumor mill: Chelsea Clinton has been floated in the past as a possible candidate for the seat, but has never publicly expressed interest in running.

Democratic strategist Hank Sheinkopf tells JI that any replacement would lack Lowey’s influence in the Democratic party. As an “unabashedly pro-Israel member of Congress with the power generated by seniority,” Lowey is “an irreplaceable defender of the Israel” and there’s “no guarantee” that a newly elected Democrat will be as strong of a supporter of Israel, Sheinkopf explained.

Next in line: Lowey’s possible replacements on the line on the Appropriations committee are Reps. Marcy Kaptur (D-OH), Pete Visclosky (D-IN) and Rosa DeLauro (D-CT), who is an ally of House Speaker Nancy Pelosi. Rep. Barbara Lee (D-TX) is a senior member on the State, Foreign Operations, and Related Programs subcommittee.