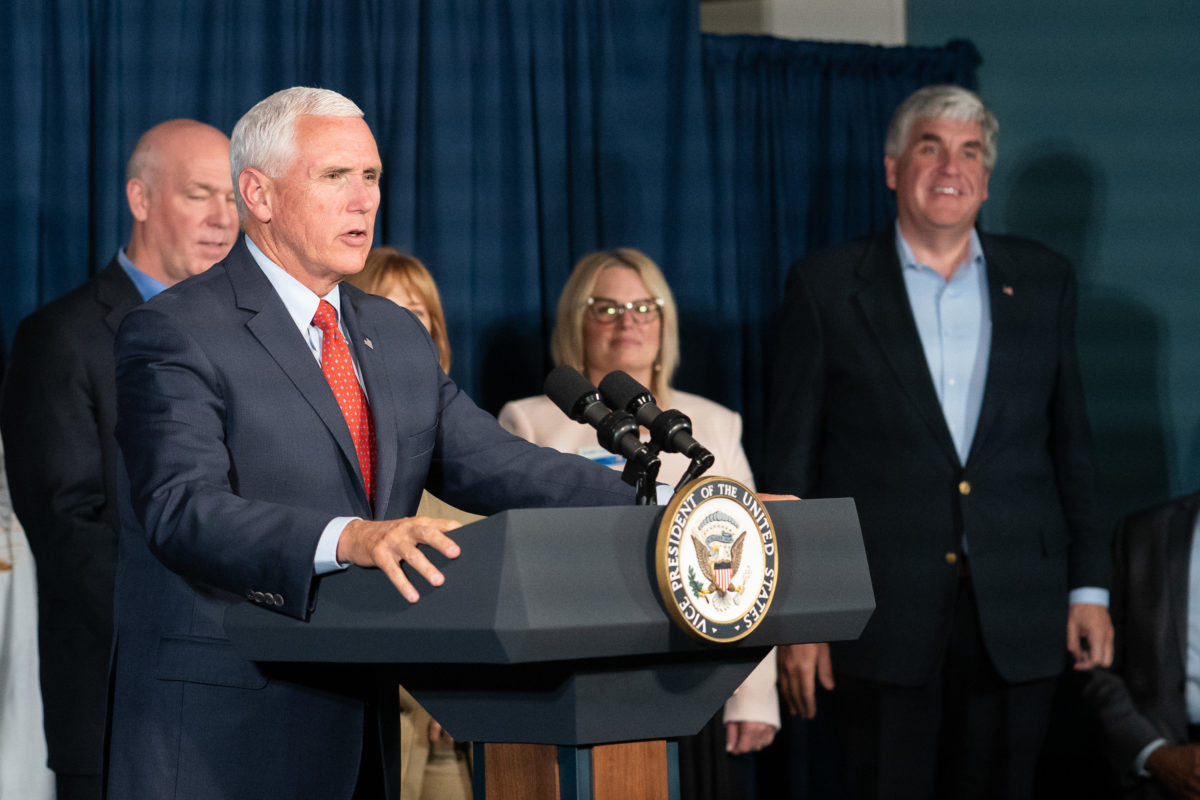 “We must never allow the memory of those lost in the Holocaust to be cheapened as a cliche to advance some left-wing political narrative,” the vice president said while addressing the Christians United for Israel summit in Washington D.C.

Pence did not address Ocasio-Cortez by name but said comments made by a “leading Democrat in Congress” are “shamefully” supported by Democratic colleagues and “the left-wing media.”

Last week, an internal report by the Department of Homeland Security detailed inhumane conditions at detention border facilities, “dangerous overcrowding,” prolonged detention of adults and minors, and at least 50 children below age seven held for more than two weeks.

“To compare the humane work of the dedicated men and women of customs and border protection with the horrors of the Holocaust is an outrage,” Pence said.

“Recently, a freshman Democrat in Congress trafficked in repeated antisemitic tropes, you all remember them,” Pence said, alluding to Omar. “She alleged that congressional support for Israel reflected an ‘allegiance’ to a foreign country. She said that Israel had, and I quote, ‘hypnotized the world.’ Let me say this from the heart, antisemitism has no place in the Congress of the United States… anyone who slanders the historic alliance between the United States and Israel should not be sitting on the Foreign Affairs Committee on the House of Representatives.”