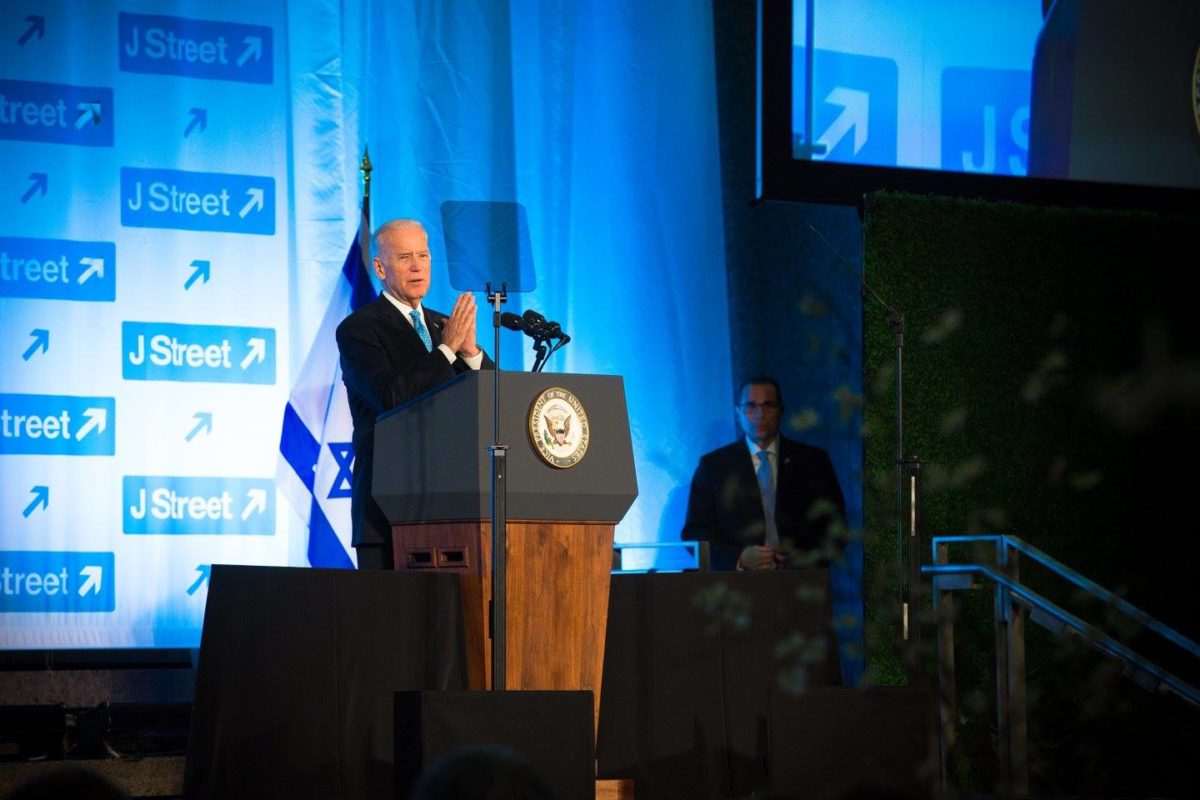 A plurality of Democratic primary voters — 41 percent — have a favorable view of Israel, and an overwhelming majority — 74 percent — believe that the United States should act as a “fair and impartial broker in order to achieve a peace agreement between Israelis and Palestinians,” according to a new poll commissioned by J Street published on Wednesday.

Netanyahu is seen unfavorably by 39 percent of Democrats, while only 12 percent have a positive view of Israel’s leader.

As many as 81 percent of respondents said they believe one can be critical of the Israeli government’s policies and still be pro-Israel, and 75 percent are more likely to back a candidate who supports both Israel and the Palestinians. Only 18 percent are inclined to support a candidate who says he or she strongly supports Israel and Netanyahu’s policies, while 69 percent would be less likely to throw their support behind a candidate who thinks U.S. aid to Israel should continue “without any restrictions” even if Israel expands settlements or annexes the West Bank.

“The old playbook of unconditional support for the Israeli Prime Minister is clearly out of date, and presidential candidates should feel confident expressing both their support of Israel and their criticism of Netanyahu policies that violate long-held American positions,” J Street President Jeremy Ben-Ami said in a statement.

When asked who they were currently planning to vote for in the presidential primary, 36 percent chose Joe Biden, while Bernie Sanders got 13 percent of support. The remaining candidates clocked in at single digits— Elizabeth Warren 8%, Kamala Harris 6%, Pete Buttigieg 5%, Beto O’Rourke 4 %, Cory Booker 3%, Amy Klobuchar 1% and Julian Castro 1%.

On Iran, 72 percent support the U.S. re-entering the 2015 nuclear deal with Iran

The poll also found that more than 7 out of 10 Democrats have either not heard enough about or have no opinion regarding the BDS movement against Israel. Among those who expressed an opinion, 13 percent oppose it and 12 percent support it. When it comes to anti-BDS legislation, a majority of Democrats — by a 54 to 22 percentage point margin — oppose laws “that penalize people who boycott Israel because these laws infringe on the Constitutional right to free speech and peaceful protest.”