Gov. John Hickenlooper: “I will stand by Israel as our strongest ally in the Middle East” 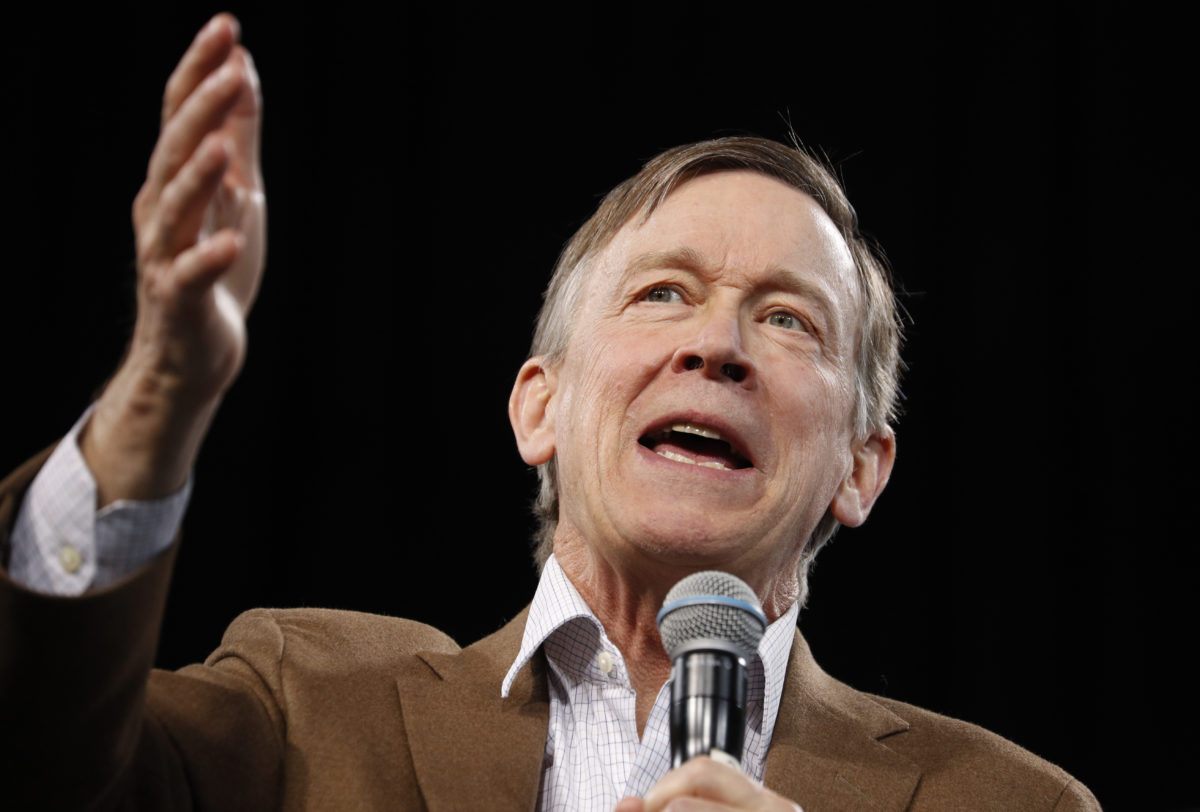 During a foreign policy speech at the Chicago Council on Global Affairs on Monday, former Colorado Governor John Hickenlooper discussed his support for Israel.

“I will stand by Israel as our strongest ally in the Middle East and ensure it is safe from aggression by Iran and other neighbors,” Hickenlooper, a 2020 presidential candidate, told the audience. “We do not have to agree with every action of every Israeli government to know the Israeli people deserve real security and that we should reject boycotts, divestments and sanctions on Israel. I support a two-state solution, and I will use America’s leadership to push for a resumption of negotiations for a just and lasting peace between Israel and the Palestinians.”

Hickenlooper also expressed his willingness to re-enter the 2015 Iranian nuclear deal under certain conditions: “I would be willing to consider resuming U.S. participation in the Iran nuclear agreement, but only after working with our allies to include tougher conditions against Iran’s support for regional terror groups, its ballistic missile program, and its long-term ability to pursue a nuclear program.