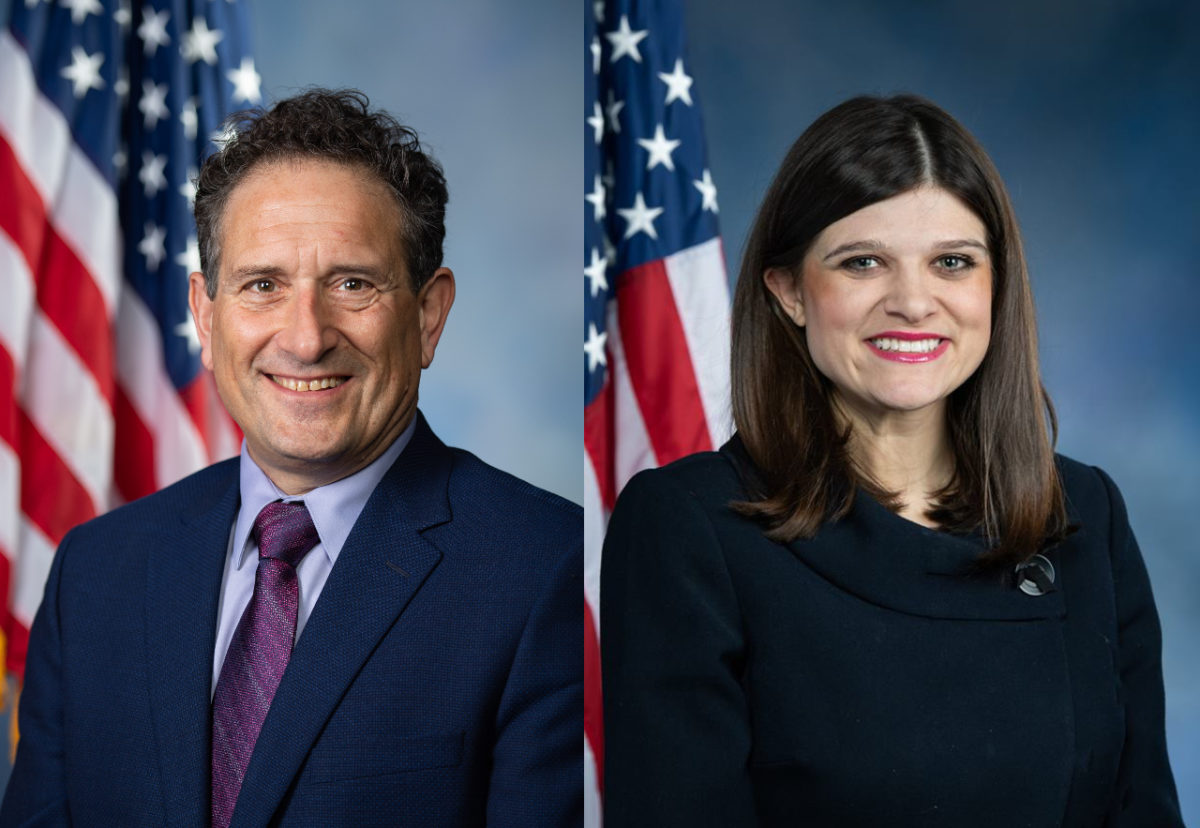 The divides between Reps. Andy Levin (D-MI) and Haley Stevens (D-MI) on Israel and Iran were on display on Thursday in a candidate forum for the two Michigan Democrats who are facing off in the Democratic primary in the state’s 11th Congressional District.

The two candidates alternated answering a slate of questions at the virtual event on domestic and foreign policy, but did not directly respond to one another during the forum, which was hosted by the Jewish Democratic Council of America.

Israel policy emerged as a key dividing line early in the race, with moderates backing Stevens and the more liberal faction of the party behind Levin as the two battle for the support of the district’s sizable Jewish community .

Levin pointed to his Two-State Solution Act, which he said would “resume American leadership,” to tout himself as “perhaps the leading Jewish member of Congress to try to actually take action to preserve the possibility of a two-state solution.”

The legislation would, among other provisions, condemn Israeli settlements and evictions and demolitions of Palestinian homes, as well as block Israel from using U.S. defense aid to annex new terroritory. It’s supported by some left-leaning organizations but reportedly raised the ire of AIPAC leadership.

“I don’t see a way to have a secure, peaceful future for a democratic homeland for my people unless we realize the political and human rights of the Palestinians,” Levin said. “I know it’s difficult. I know it’s controversial. I didn’t sign up for the easy work.”

In line with the content of his legislation, Levin also called specifically for the U.S. to “ensure that our military aid to Israel is used for legitimate security purposes” and not “to perpetuate the occupation or execute unjust actions.”

Stevens appeared to push back at Levin in her own response.

“We are not going to get to a two-state solution by negotiating it as the United States of America or through the U.S. House of Representatives,” she said. “We need to foster an environment similar to what was done during other peace talks and negotiations so that both parties can negotiate a two-state solution talk, and we cannot do so under the presumption [of] encouraging Israel to make all the concessions in that process.”

Stevens went on to criticize Amnesty International USA Director Paul O’Brien’s recent comments questioning Israel’s right to exist as a Jewish state, which she called “wholly unacceptable and offensive to my beliefs.”

Levin recently joined all 25 Jewish House Democrats in a statement condemning O’Brien for his “patronizing attempt to speak on behalf of the American Jewish community.”

On the issue of military aid, Stevens said  “the security assistance is exclusively for those purposes.” She also said she “helped lead my colleagues in this term in Congress when [supplemental Iron Dome aid] was being called into question.”

Stevens — who signed a recent House letter opposing the Iran deal as outlined in public reports — said she was skeptical that the 2015 Iran nuclear deal would have prevented Iran from obtaining a nuclear weapon. She also expressed concern about the U.S.’s seesawing Iran policy during the past three presidential administrations.

“I would encourage the Biden administration to be strong, to be consistent. And I would like to see what they are putting forward,” she said. “I’m not going to rule anything out. I want to see where it is. But I would prefer strength and consistency in that region.”

Levin expressed firm support for the 2015 deal as the “best solution available to deal with the threat of a nuclear Iran.” The congressman, a member of the House Foreign Affairs Committee who has received classified briefings on the issue, warned that Iran’s current breakout time is “virtually nothing.”

“The horrible mistake that [former President Donald] Trump made in violating [the deal] and walking away [in 2018]… means we can’t get [Iran’s breakout time] back up to a year,” he said. “But we could get at least halfway there and, more importantly, freeze it there for years to come.”

The candidates also differed in their approaches to combatting antisemitism.

Stevens raised concerns about antisemitism on college campuses, saying she has visited campuses to speak to students who “feel attacked and persecuted.” She also called for greater education on antisemitism at all levels and investment from law enforcement agencies.

Levin advocated for an intersectional and interfaith approach to “build coalitions against all manifestations of hate and white supremacy,” and noted his own work with the congressional Black-Jewish and Latino-Jewish caucuses and the House’s antisemitism task force.

Both candidates urged the swift confirmation of Deborah Lipstadt as the State Department’s special envoy to monitor and combat antisemitism.

Both candidates also voiced support for humanitarian aid to the Palestinians, although Stevens pivoted in her response to argue that “our real problem in the region is Iran and Iran’s funding of terrorist groups that wreak havoc on Israel.”

In his response on Palestinian aid, Levin emphasized, “It’s important to recognize that the United States has very careful policies in place and controls about the way that aid is given so that it doesn’t get into the wrong hands.”

Throughout the event, Levin emphasized his own Jewish faith and family history, noting in his opening statement that he experienced antisemitism as a child and served in lay leadership positions, referencing the doctrine of tikkun olam and comparing the event with Stevens to “conversations that happen around our family Shabbat supper table.”

He also mentioned his father and uncle, former Rep. Sander Levin (D-MI) and Sen. Carl Levin (D-MI), both of whom were prominent members of Michigan’s Jewish community. Stevens is not Jewish, but has the backing of a host of prominent Jews and Jewish donors in the Detroit area.

On the latter issue, Stevens called for the Biden administration to “look at red lines, like chemical weapons that might be used as well as some of the other threats that [Russian President Vladimir] Putin has made.” Putin’s chief spokesperson repeatedly refused to rule out the use of nuclear weapons earlier this week.

Levin opposed any direct U.S. or NATO military action against Russia, which “risks taking an unspeakable tragedy and magnifying it many, many times, including increasing the threat of thermonuclear war.”