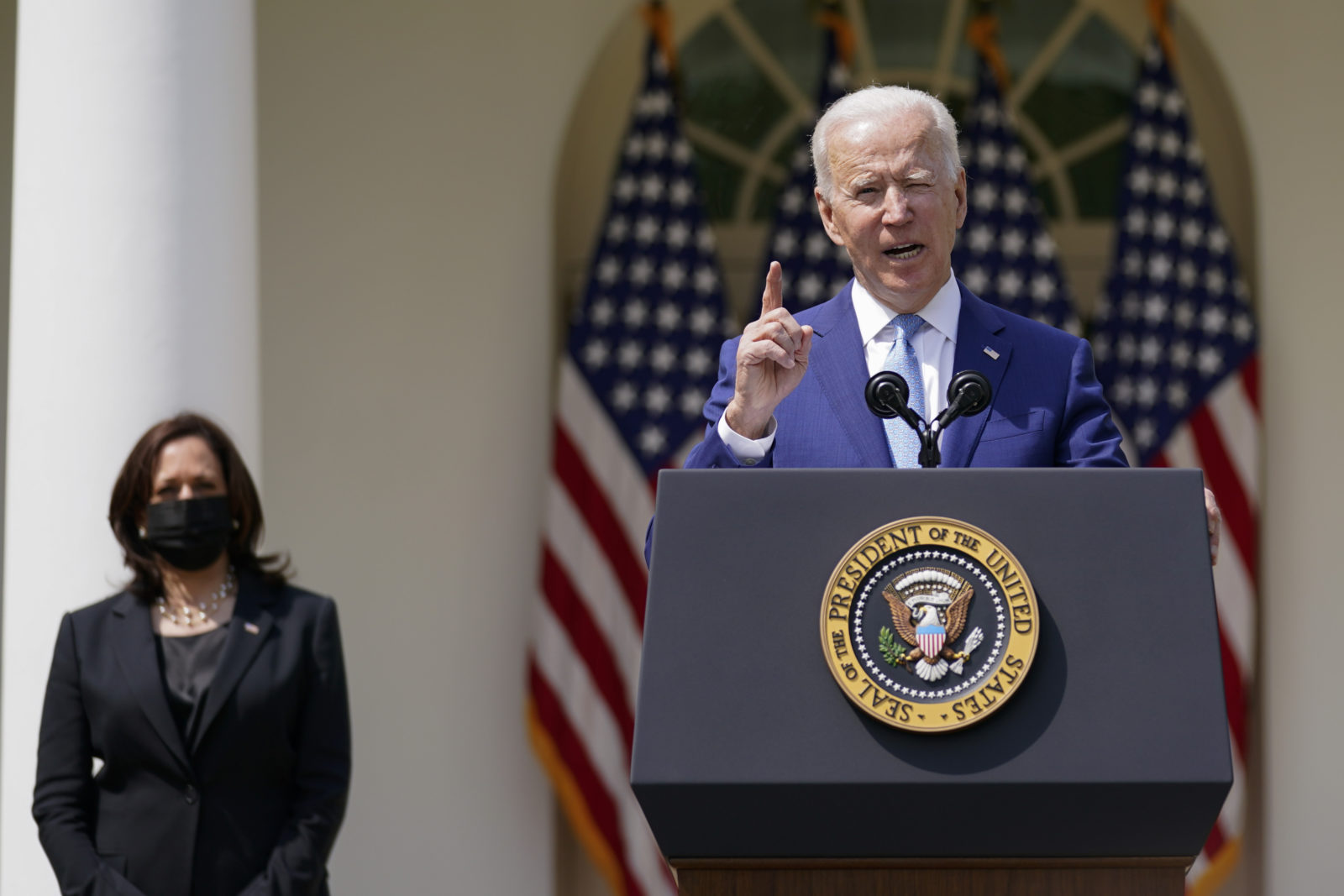 After 100 days, Jewish leaders weigh in on Biden’s domestic policy

Insiders and experts talk to JI about where things stand on antisemitism, Jewish outreach, pandemic relief and more

As President Joe Biden reaches his 100th day in office tomorrow, the president is touting his administration’s achievements on vaccinations and the passage of a massive stimulus package.

While the White House is largely focused on the pandemic, the first 100 days also offer insight into how the administration will approach key issues of interest to the American Jewish community. A clearer picture is emerging of how Biden plans to address antisemitism and domestic extremism, and how the White House is engaging with Jewish organizations and other faith-based groups.

So how is Biden doing? Jewish Insider checked in with community leaders across the ideological spectrum to see where they think the president is doing well, and where there is room for improvement. 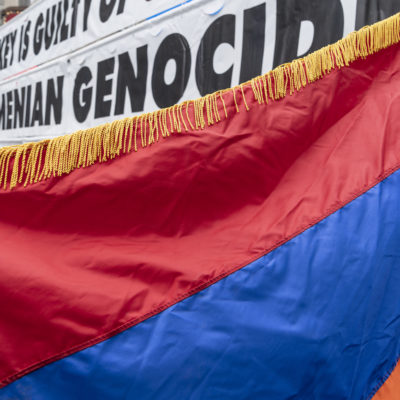 “The Biden administration is taking a go-slow approach to many things of strong interest and concern for American Jews,” said James Loeffler, director of Jewish studies at the University of Virginia. “I think that that has frustrated Jewish progressives who want bigger, faster change. I think it’s also frustrated conservatives, who expected to see more telltale signs of radical change and were looking for ways to differentiate and say, ‘Oh, the Biden administration doesn’t take antisemitism seriously, or it doesn’t take Israel seriously.’ Centrist liberals are kind of calmed and content.”

“It’s very significant that we were able to expand eligibility for PPP loans. We also got the second round of a historic $2.75 billion for a total of $5.5 billion of aid to nonpublic K-12 schools, including Jewish day schools, to deal with their COVID costs,” said Nathan Diament, executive director of the Orthodox Union Advocacy Center. “Other components of the Rescue Plan, whether it’s the child tax credit, or various other pieces, are also going to significantly help people in the Jewish community that are struggling economically.”

Halie Soifer, CEO of the Jewish Democratic Council of America, argued that the more than 200 million vaccine doses administered in Biden’s first 100 days are good news for the Jewish community: “Not only does [vaccination] help save lives and livelihoods, but it also allows us all to get back to our life and return to camp this summer, which for Jewish parents like myself is a priority,” Soifer explained.

Despite polling that showed strong bipartisan support for the legislation, it did not receive any support from congressional Republicans. “The American Rescue Plan IS a bipartisan plan — one that unifies this country,” Biden chief of staff Ron Klain tweeted in February, with a link to a poll showing a majority of Americans supported the proposal.

Not everyone buys it.

“If you’re going to unite the country, you’ve got to figure out how to do it. The first bill that passed through Congress of any note since he became president was this relief package. The prior relief packages have bipartisan support. This one didn’t,” said Richard Sandler, executive vice president of the Milken Family Foundation and a self-described centrist who has donated to both Democrats and Republicans. “It would seem to me that every effort should have been made, even if concessions had to be made, to have bipartisan support.”

Biden’s “idea of bipartisanship is not having a meaningful dialogue and a negotiation and working together to come to a common goal,” said Republican Jewish Coalition executive director Matt Brooks. “They’re not really interested in collaboration with the Republicans. They’re interested in capitulation with the Republicans.” Brooks also expressed concern about “the incredible runaway spending and printing money that the administration is doing under the guise of COVID relief and infrastructure.”

Some Democrats have argued that bipartisanship is not an option in the wake of the January 6 insurrection at the Capitol and the many Republican members of Congress who voted to challenge the results of the presidential election.

“I view that as being derelict in your responsibilities as a representative, as a leader,” said Sandler. “If you don’t like what they did on a certain day, what they said, that doesn’t mean you don’t make an effort to work with them. You might not be able to work with them. Then you could make that decision after that.”

Biden took office on the heels of the January 6 attempted insurrection, at an unprecedented inauguration ceremony with just a few hundred spectators due to both the pandemic and the lingering threat of violence. “The shadow that was cast over these first 100 days was the assault on the Capitol. And as Jews, as we think about the first 100 days, the assault on the Capitol was white supremacy rearing its head in a very ugly, antisemitic, and anti-Black racist way,” said Jonah Pesner, director of the Religious Action Center of Reform Judaism.

Homeland Security Secretary Alejandro Mayorkas and Attorney General Merrick Garland — both of whom mentioned their Jewish heritage in their confirmation hearings — have pledged to focus on domestic extremism, particularly in the wake of the events of January 6. Defense Secretary Lloyd Austin has ordered a review of domestic extremism in the military, while Mayorkas recently announced a similar probe of staff at the Department of Homeland Security.

Rooting out domestic extremists, many of whom also harbor antisemitic sentiments, has long been a priority for the Anti-Defamation League, which in January wrote to the chair and ranking member of the Senate Homeland Security Committee that “confirming an extremely qualified secretary of Homeland Security is especially crucial in the wake of the domestic terrorist threat that has rocked our nation in recent years, including the deadly insurrection at the U.S. Capitol earlier this month.”

The Orthodox Union wrote to those senators praising Mayorkas, and Diament told JI that the OU has remained in contact with the administration on the issue. “We’ve been having a lot of discussions with the relevant offices about antisemitism in particular and domestic extremist violence in general,” he said. “Obviously, this administration is looking to combat domestic violent extremism in a very aggressive way.”

Biden is still naming appointees to prominent roles, though the White House has been notably slow in picking ambassadors. The Washington Post reported this week on an internal document that appears to name Biden’s first slate of political ambassador appointments, which are still unofficial and are coming at a later stage than in previous administrations. Former Presidents Barack Obama and Donald Trump both began naming their ambassador picks before their inaugurations.

“An administration faces an enormous number of problems. The president can’t handle them all himself, nor can the secretary state or the national security advisor,” said Elliott Abrams, who served as special envoy on Venezuela and Iran under Trump and deputy national security advisor under former President George W. Bush. “This administration has been extremely slow, I think, by historical standards, in getting its people in place. That’s a mistake.”

Two of Biden’s early picks, Colin Kahl for under secretary of defense for policy and Kristen Clarke for assistant attorney general for the Civil Rights Division of the Justice Department, have been criticized for past comments and actions regarding Israel, Iran and the Jewish community.

Republican senators opposed Kahl’s nomination in part over his position on Iran and work on the nuclear deal during the Obama administration. During Senate debate before a vote on Kahl’s nomination, Sen. Ted Cruz (R-TX) said: “I have come to believe Colin Kahl’s judgment is irreparably marred by obsessive animosity towards Israel.” The Zionist Organization of America and Christians United for Israel urged senators to oppose Kahl’s nomination. He was confirmed this week in a party-line vote.

Clarke, who has yet to be confirmed by the Senate, apologized after facing condemnation for inviting an antisemitic speaker to Harvard when she was a student in 1994. “She is a friend of the Jewish community,” said Pesner, whose organization was one of a number of liberal Jewish groups that came to Clarke’s defense. “She has a long track record of fighting for religious freedom, including specifically Jewish religious freedom — the right to observe Shabbat, or the right to be free of white supremacy and the violent antisemitic form of white supremacy.”

The White House has not yet nominated an antisemitism envoy, an appointment that is expected after Biden begins naming ambassadors. Jarrod Bernstein, who served as director of Jewish outreach in the Obama administration and is a co-host of Jewish Insider’s Limited Liability Podcast, suggested that appointing a visibly Orthodox Jew as antisemitism envoy could send an important signal. “A lot of antisemitism these days tends to be focused at Jews who are visibly Jewish, usually yarmulke-wearing Jews,” Bernstein noted. “It would send a strong statement to that community and other communities that it’s okay to be visibly Jewish, and that antisemitism against that community won’t be tolerated.”

One of the administration’s early moves on antisemitism was affirming its support for the International Holocaust Remembrance Alliance’s (IHRA) working definition of antisemitism. In a letter sent to the American Zionist Movement last month, Secretary of State Tony Blinken wrote that the Biden administration “enthusiastically embraces” the IHRA definition, and the administration is “eager to work with allies and partners to counter Holocaust distortion and combat anti-Semitism and other forms of intolerance abroad while we strengthen our efforts at home.”

“I think antisemitism is something that affects all of us. It has certainly raised its ugly head here in the last several years,” Sandler noted. “I’m very confident that the president and his administration will not tolerate that.”

Loeffler said Biden is making the right choice in not upending previous administrations’ positions on antisemitism. “I think that the Biden administration has correctly realized that antisemitism has the potential to become a terrific wedge issue for American Jews,” Loeffler noted. “This is a significant issue that conservatives and many liberals in the Jewish sphere are really, really focused on. I think it’s ripening as an issue. And the ‘go-slow’ approach by the administration helps them not to avoid obvious missteps as they try and figure out how to handle it.”

The White House has also not yet announced whether it will appoint someone for the role of liaison to the Jewish community. Bernstein noted that for now, some current administration officials are solid liaisons themselves. “Tony Blinken being at every AIPAC and ADL event for the last 20 years as a staffer, national security advisor to the vice president and civilian — he knows this community really [well],” Bernstein explained. “It’s also very important not to understate how important having Ron Klain as chief of staff is. Ron is a member of this community.”

Now, as Biden turns to the next phase of his administration and looks to pass marquee legislation including a trillion-dollar infrastructure bill, Brooks says Republicans won’t let him ram through bills that lack Republican support.

“Thankfully, we have Democratic senators like Joe Manchin and Kyrsten Sinema who understand the value and the need for the continuity of institutions like the filibuster in the Senate, not to have a tyranny of the majority, which is what the Democrats want,” Brooks added.