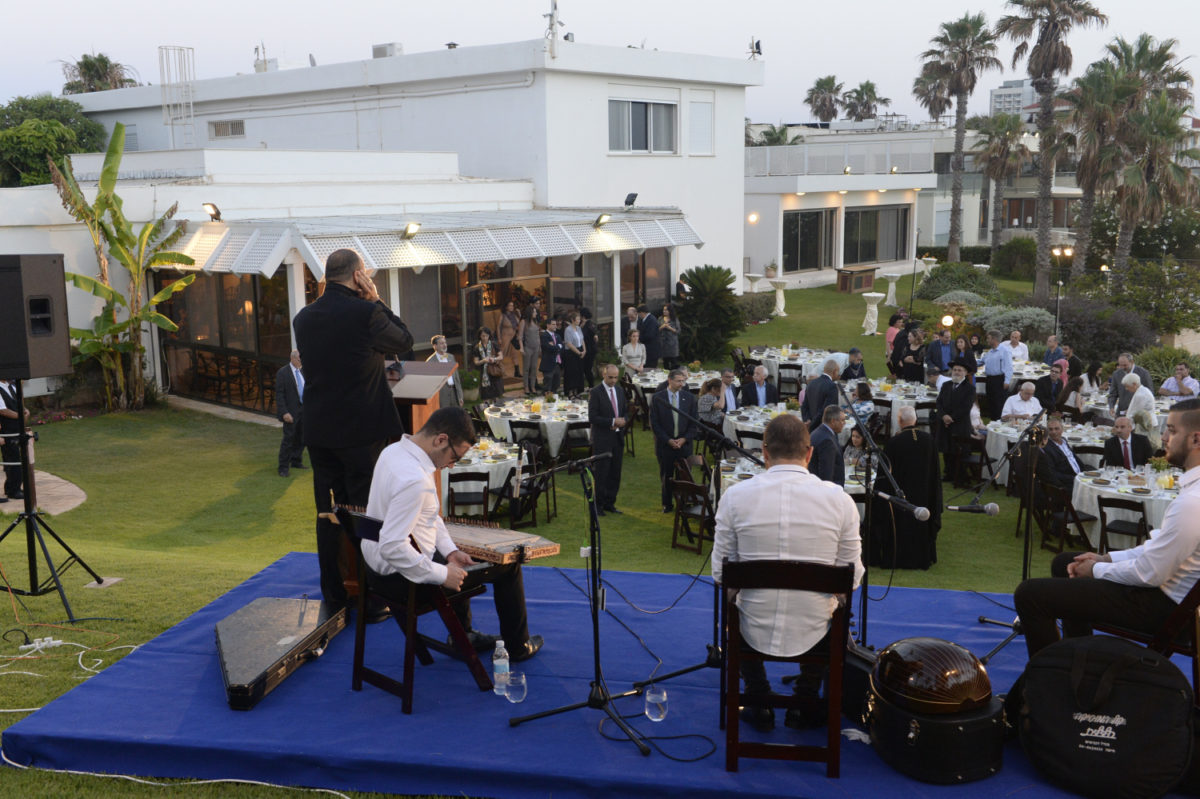 The U.S. Embassy hosts an interfaith Iftar meal at ambassador's residence in Herzliya Pituach in June 2016.

The U.S Embassy in Israel has put the ambassador’s official residence in the Tel Aviv suburb of Herzliya on the market — for $87 million (NIS 300 million) — as part of the embassy’s formal relocation to Jerusalem, Globes reported on Monday.

In a statement, the embassy said the property was listed for sale following the 2018 relocation of the embassy from Tel Aviv to Jerusalem. The embassy noted that most official activities have already been transferred to Jerusalem, and that U.S. Ambassador David Friedman spends the majority of his time at the new residence on Jerusalem’s Agron Street. “We expect that the sale of the property will take place in the coming months,” the embassy said.

Former U.S. Ambassador to Israel Martin Indyk told Jewish Insider that the move is a “further attempt to create a fait accompli for the moving of the embassy,” noting that presumptive Democratic presidential nominee Joe Biden has already indicated that he would keep the embassy in Jerusalem.

Friedman’s predecessor, Dan Shapiro, told JI that “it makes sense” to have the ambassador’s official residence in the same city of the embassy and predicted that the Herzliya compound would sell quickly. “There are not that many people who can afford to buy it, but those who can generally don’t need to check their bank balances or apply for a mortgage,” Shapiro said.

“Its value is in its position,” added Indyk. “It’s a unique piece of property.”

The compound, located at 40 Galei Tchelet Street, was built in 1960. It was purchased by the U.S. government in 1962 and renovated in 1995. A kosher kitchen was installed in 2001 when Daniel Kurtzer was named ambassador.

In an interview with JI, Indyk recalled the first Passover Seder he hosted as ambassador. Indyk called the 1996 event, several years after the signing of the first Oslo Accords, one of the most memorable moments of his time at the residence.

Indyk had invited Palestinian Authority President Mahmoud Abbas, then the deputy to PLO leader Yasser Arafat, Egyptian Ambassador Mohammed Bassiouni and chief Oslo negotiator Uri Savir. “We proceeded to read the Haggadah, the story of the Exodus from Egypt — to some embarrassment for the Egyptian ambassador, who kept on saying, ‘This is not the way we treat Jews today’ — and Abu Mazen sat there and quietly read the whole thing in English,” Indyk recounted. “And then at the end, he said to me, ‘I see that Jews celebrate freedom from occupation.’”

Shapiro told JI that — during the many public and private events he hosted with his family during his five years as envoy — he enjoyed seeing Israelis “feeling like they were connecting with a piece of America in an elegant setting.”

The sale of the property will likely take a couple of years, as the State Department first needs to identify and establish a replacement that meets the security and functionality standards that would serve as the ambassador’s official residence, Shapiro said.

In the two years since the embassy was moved to Jerusalem, though Friedman was still occasionally in Herzliya, the ambassador’s annual Fourth of July receptions were held at Airport City in Lod and at the Jerusalem International Convention Center.