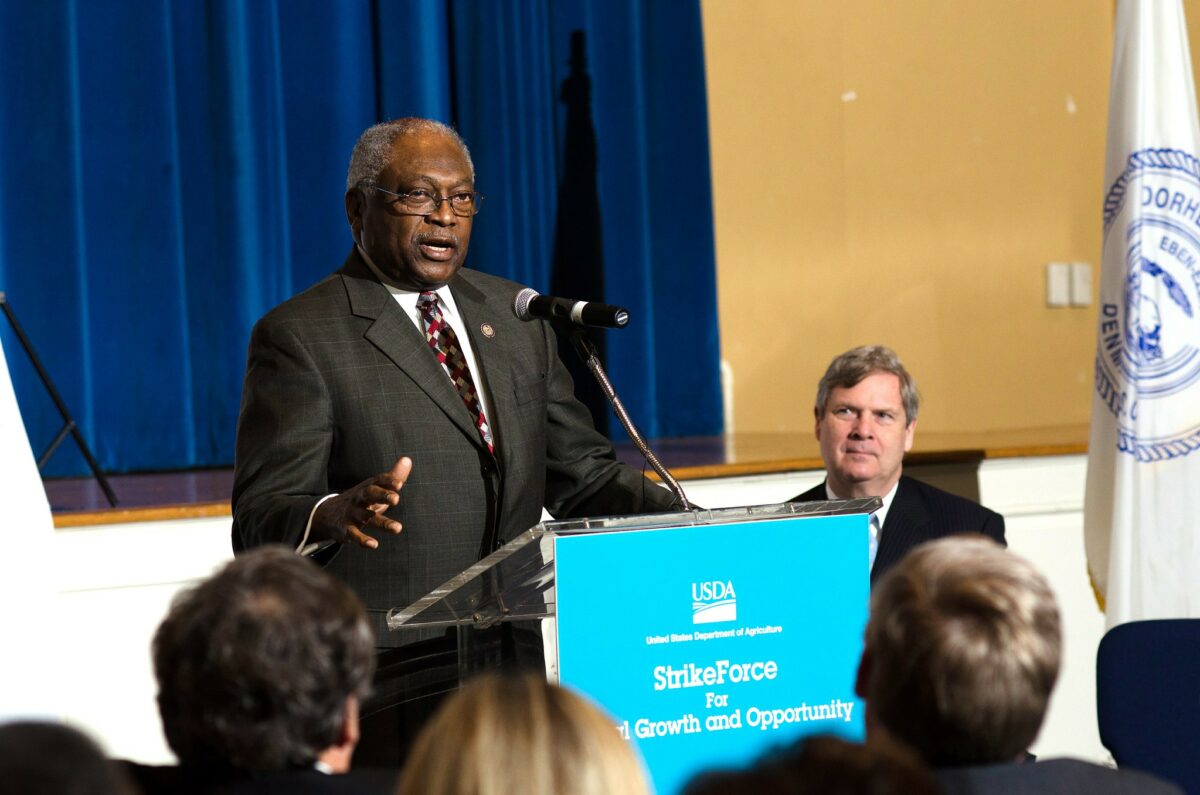 House Majority Whip Jim Clyburn (D-SC) has had a big year. In late February, his endorsement of former Vice President Joe Biden in the South Carolina primary helped give the Democratic presidential candidate a decisive win against Sen. Bernie Sanders (I-VT). On Thursday, Speaker Nancy Pelosi (D-CA) announced that Clyburn would lead a bipartisan House committee to oversee the $2.2 trillion coronavirus relief package. In a recent interview with Jewish Insider, the 79-year-old Democrat from South Carolina discussed the new committee and other pressing issues.

The congressman elaborated on a point he made in an interview with CNN’s Jake Tapper over the weekend, in which he said that the coronavirus oversight panel would be “forward-looking” rather than examining President Donald Trump’s sluggish response to the virus.

President’s response: Still, Clyburn was critical of the president’s response to the pandemic. “When he signed the law, he made it very clear that he did not intend to be governed by parts of the law,” Clyburn said. “He said, as I was looking at him and everybody else was looking at him, he said that I will be the overseer. And in response to the law, he appointed his White House lawyer to be the inspector general,” Clyburn told JI, referring to Brian Miller. “That is a classic case of the fox guarding the hen house.”

Clyburn was also bothered that the president has been pushing a drug “his own medical people say ain’t been tried,” the congressman said, alluding to hydroxychloroquine. “He asks, ‘What do you got to lose by trying it?’ Well, you got your health to lose and you got your life to lose. Because it’s very clear that every drug that you take has got side effects and some of them can be fatal.”

Personal concerns: Like “every other American,” Clyburn said he was worried about catching the virus. “I worry about getting a bunch of stuff. I’m 79 years old.” But the congressman told JI he couldn’t let his own personal concerns get in the way of his work. “I get worried, you know, driving an automobile.”

Biden’s VP pick: “I’ve said time and time again I think it ought to be a woman and being the father of three black women, my preference would be a black woman,” Clyburn said of his preference for Biden’s vice presidential pick. “I don’t always get my preference,” he added. Though he said his preference didn’t get more specific than that, he told JI that Ohio Rep. Marcia Fudge — whom he described as a “personal friend” — was “a very competent legislator with an extensive background and a resume that would be very complimentary on the ticket.”

Holocaust references: In a recent interview on “Axios on HBO,” Clyburn told Jim VandeHei that the U.S. “could very well go the way of Germany in the 1930s” if Trump is re-elected in November. “Look, my great-great-grandfather was a slave. My father’s father was a slave,” Clyburn said when asked to elaborate on his comment. “And I am very concerned about this president … He makes it very clear that he wants to take away voting rights for black people. He makes it very clear that he’s got no respect for black women. You see the way he treats black women reporters in the White House. I have the same kind of fear because I think that this president is antisemitic as well.”