The many Jewish moments in the life of Kirk Douglas 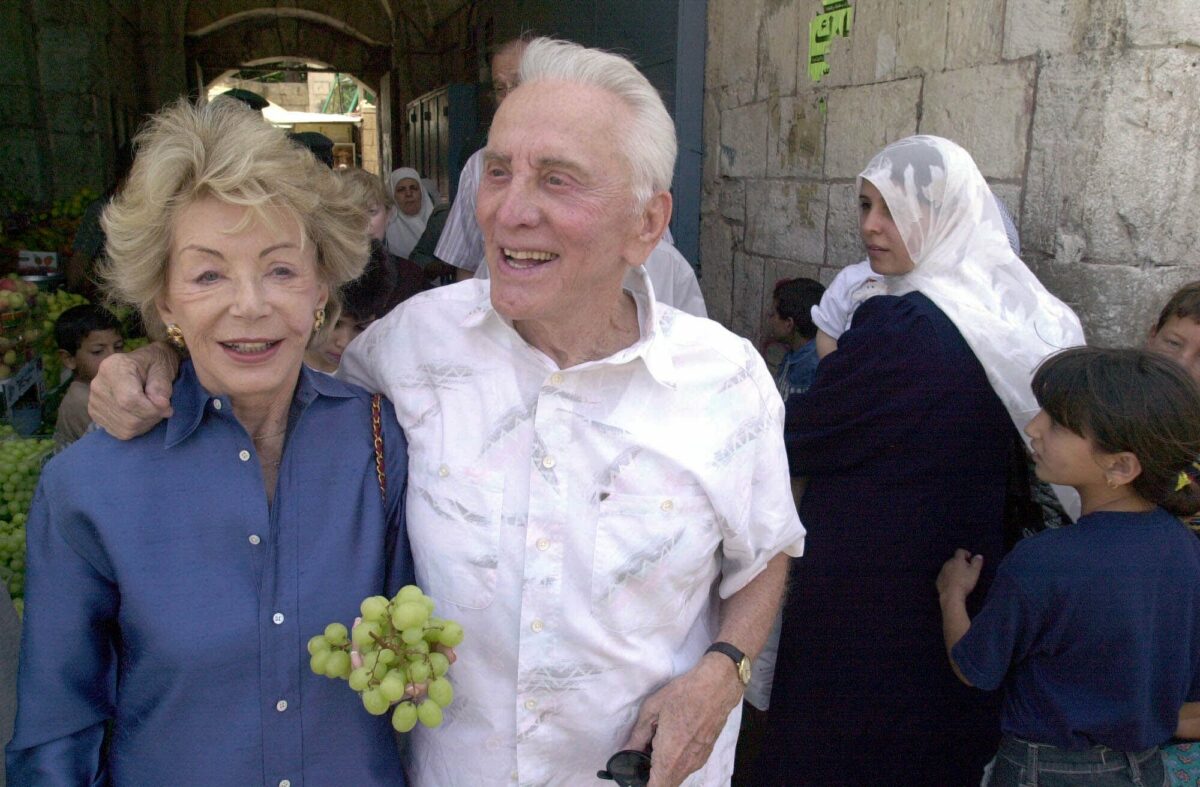 Kirk Douglas walks with his wife Anne in the Old City of Jerusalem during a 2000 visit.

Bio: Douglas was born Issur Danielovitch in New York in 1916, the son of Russian Jewish immigrants. He grew up with little religious influence in his life, but began to embrace Judaism when he was in his 70s, after a near-fatal helicopter crash in 1991. He began studying the religion, and at 83 he held a second bar mitzvah in Los Angeles, telling the attendees “Today, I am a man.”

On-screen Semite: In 1966, Douglas portrayed Colonel Mickey Marcus in the big-budget film “Cast A Giant Shadow,” which was shot in Israel. Douglas played a fictionalized version of the real-life American army colonel who joined Israeli forces as a general during the 1948 War of Independence, and was killed by friendly fire. He also starred in the 1976 made-for-TV movie “Victory at Entebbe,” filmed less than six months after the Israeli raid on the hijacked plane in Uganda took place.

Book shelf: Douglas starred in dozens of critically-acclaimed films, and later enjoyed a second career as a writer, penning 11 books, including 1997’s Climbing the Mountain about his “quest for spirituality and Jewish identity,” the children’s Holocaust-themed novella The Broken Mirror and 1999’s Young Heroes of the Bible.

Friend of Zion: The actor visited Israel many times over the years, shooting several films there including 1953’s “The Juggler,” a tale of a Holocaust survivor arriving in Israel soon after the war — which was the first Hollywood feature to film in the nascent state of Israel. In 1982 he flew in to visit soldiers and civilians wounded in the Lebanon war. In the 90s, he contributed $2 million toward building a theater at Aish HaTorah, overlooking the Western Wall in Jerusalem’s Old City.

Tributes: Israeli Prime Minister Benjamin Netanyahu said he “mourns the loss” of the “legendary actor, a proud Jew and a great friend of the Jewish state.” Director Steven Spielberg said he was “honored” to have worked with Douglas and witnessed “his wisdom and courage,” while actor Ed Asner tweeted: “May your memory forever be a blessing.”