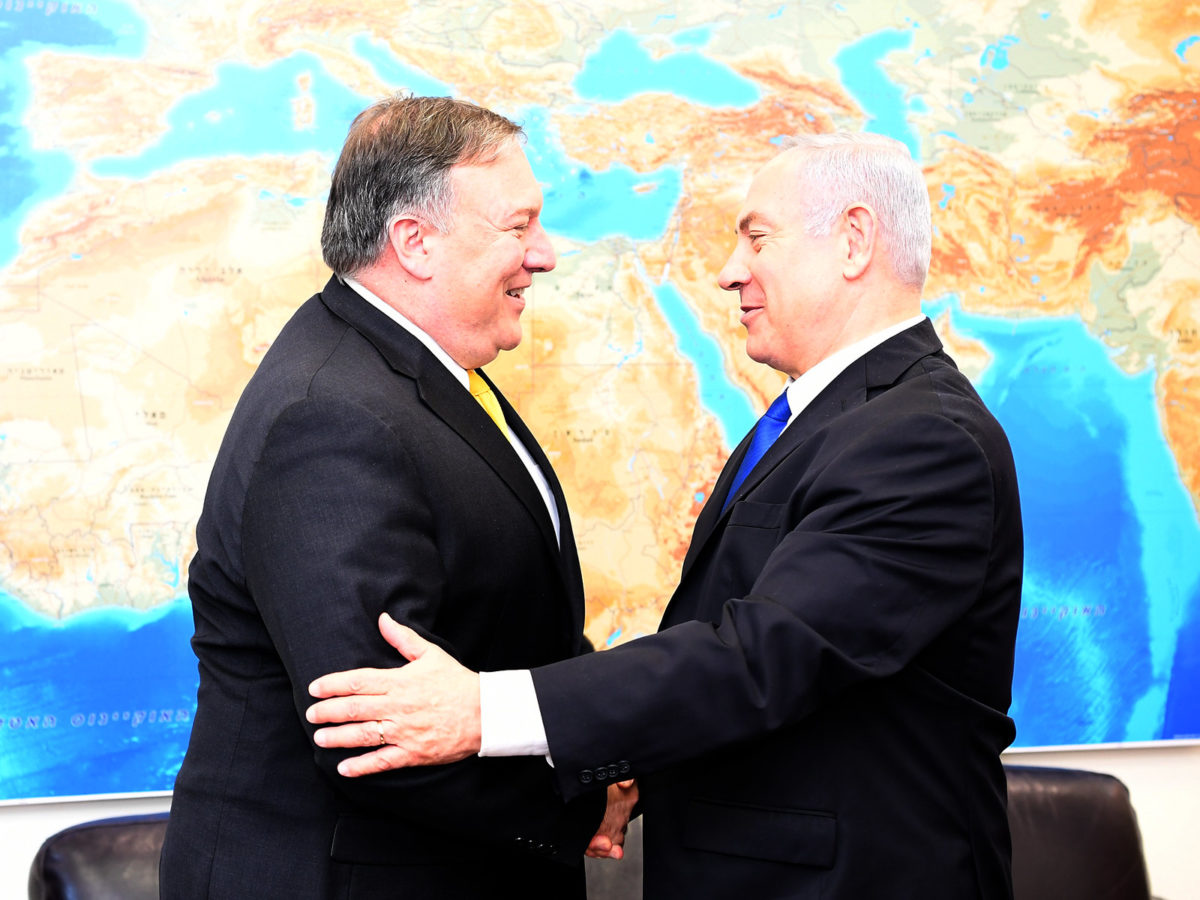 On Monday, Secretary of State Mike Pompeo insisted that he did not suggest that the Trump peace plan could be perceived as being one-sided in favor of Israel. Pompeo’s clarification came after the Washington Post reported on closed-door remarks the Secretary of State delivered last week to Jewish leaders at the Conference of Presidents of Major American Jewish Organizations in New York.

Pompeo was quoted as saying, “I can get why people think this is going to be a plan that only the Israelis could love. I understand the perception of that.”

According to the report, Pompeo said “one might argue” that the peace plan is “unexecutable” and it might not “gain traction. It may be rejected.”

In an interview with Sinclair TV while in Switzerland on Monday, Pompeo explained that he was just “articulating” that the perception that the plan will be one-sided because of the administration’s pro-Israel policies is “inaccurate” and “fundamentally untrue.”

On Sunday, President Trump appeared to agree with the secretary of state when asked about Pompeo’s skepticism of the peace plan. “He may be right,” Trump told reporters on the South Lawn before departing for a trip to the U.K.

Pompeo told Sinclair TV’s James Rosen that he hasn’t spoken yet to Trump about the recording.