Have our people email your people. Share this sign up link with your friends.
DRIVING THE DAY: “Fight over one of the world’s largest tech companies turns anti-Semitic” by Haviv Rettig Gur: “On July 17, the shareholders of Samsung C&T, a construction company that is part of the vast, sprawling corporate empire under the control of Samsung Group, are set to vote on a merger with Cheil Industries, another Samsung subsidiary. The most outspoken critic of the merger, New York-based hedge fund Elliott Associates, which owns 7 percent of Samsung C&T, has charged that the merger’s terms dramatically undervalue C&T’s stock… some South Korean journalists have begun to note the fact that the most prominent rabble-rouser jeopardizing the merger, Elliott Associates, had a Jewish owner and chief executive, Paul Singer.” [ToI]

One Korean news site, Mediapen[dot]com has featured articles describing how “Jews wield enormous power on Wall Street,” that “the U.S. government is swayed by Jewish capital” and going so far as to compare Elliott and Singer to Shakespeare’s Shylock from the Merchant of Venice. A Mediapen ‘journalist’ claimed that since Singer is Jewish, and ISS [which is recommending stockholders vote against the merger] is run by Jewish shareholders, that ISS’s decision is proof that the Jewish financial conspiracy is alive and well.

According to a source following the story, “A member of Samsung C&T’s board of directors, Cheng Gyu-jae, has a podcast that is featured on Mediapen’s front page. In addition, Samsung actively advertises with links to its own content on the site.” We’ll see if Samsung tries to deny ties to Mediapen but the evidence is quite clear. Developing story…

Another Continent, Another Paul Singer Angle, Another Anti-Semitic Accusation: “Argentina’s Jews riled by President Kirchner’s ‘Merchant of Venice’ comments” by Barak Ravid: “Argentina’s Jewish community is up in arms over President Cristina Fernández de Kirchner’s comparison of Shakespeare’s Shylock to the investment funds that have bought up the national debt on the cheap. In one tweet, Kirchner wrote that she had asked the children which Shakespeare work they were reading, and they replied “Romeo and Juliet.” “I said, you have to read The Merchant of Venice to understand the vulture funds,” she tweeted, saying everyone laughed.” [Haaretz] • Flashback:“Argentina Vs. Billionaire Paul Singer’s Elliott Management” [Forbes]

IRAN TALKS: “Iran nuclear deal close; impasse over weapons, missiles persists” by Louis Charbonneau: “Iran and six world powers were close to an historic nuclear agreement on Thursday that could resolve a more than 12-year dispute over Tehran’s nuclear ambitions, but they remained deadlocked on the issue of Iranian arms and missile trade.” [Reuters]

“Congress all but powerless to block Iran deal” by Burgess Everett: “The law that Congress passed in May allowing lawmakers to weigh in on a nuclear agreement will do just that — give them a say. But it also makes it impossible to block an agreement absent a full-on Democratic rebellion against the President. If opponents could somehow manage to get a resolution expressing their disapproval and blocking the lifting of congressional sanctions through both houses of Congress — a big if, given the Senate’s 60-vote filibuster threshold — they’d run straight into Obama’s veto pen.” [Politico]

“Meet the Democrats Who Can Make or Break Obama’s Nuclear Deal” by John Hudson: “If President Barack Obama’s administration manages to strike a landmark nuclear deal with Iran this month, the White House will turn its attention to wooing a bloc of staunchly pro-Israel Democrats in Congress who have the power to block the principal foreign-policy goal of the president’s second term.” [ForeignPolicy]

“Obama said to put odds of an Iran deal at ‘less than 50-50′” by Sarah Wheaton and Burgess Everett: ““He said the chances he thought were less than 50-50 at this point and that he wouldn’t agree to something he thought was weak or unenforceable,” Sen. Dick Durbin said.” [Politico]

“Obama Wants An Iran Deal. He Also Doesn’t Want To Be Blamed For Failure To Get One” by Sam Stein and Jessica Schulberg: “As international talks with Iran over its nuclear program enter the eleventh — and twelfth and thirteenth — hour, the Obama administration is refusing to heed calls to leave the negotiating table, for two reasons. One is substantive: The administration believes a nuclear deal remains possible. The other is political: the White House is wary that if negotiations falter and it ends up with the blame, there could be serious diplomatic and geopolitical consequences.” [HuffPost]

Michael J. Koplow: “Israel Is the Iran Deal’s Biggest Loser: As is so often the case, Israeli maximalism is doing the country no favors.” [PoliticoMag]

2016 WATCH: “GOP’s Next Iran Strategy: Tie Hillary Clinton to the Deal” by Lauren Fox and Ben Geman: “”She owns the good and the bad, and this is a defining moment for her,” Republican presidential contender Sen. Lindsey Graham said. “If she does support a deal that doesn’t have anywhere, anyplace inspections, that gives the money up front without a behavior change, then I think it is really going to have a big issue and a liability for her.” During a campaign event in New Hampshire over the weekend, the former Secretary of State said she hoped that an agreement could be reached.” [NationalJournal]

Max Blumenthal to Glenn Greenwald: “Many people know that my family’s been involved with the Clintons, and been in Washington for a long time. I grew up in Washington, in that world. So, many people probably wonder how I got to where I am, and why I’m not pursuing a more traditional path within the confines of beltway liberalism, or beltway progressivism, whatever you want to call it, which would possibly be more comfortable.” [TheIntercept]

Mike Huckabee: “There’s Really No Such Thing As A Palestinian” by Andrew Kaczynski: “Former Arkansas Gov. Mike Huckabee once said at a campaign stop during his 2008 run for president that the Palestinian people did not exist. Huckabee, who is currently running for president and has been a vocal critical of President Obama’s policies on Israel said speaking of the Palestinian people was really “a political tool to try and force land away from Israel.”” [BuzzFeed]

“Bush Lands David Tepper; NJ and NY Stops Show Strength in Christie Country” by Ken Kurson: “The biggest get is surely David Tepper, the Livingston billionaire who ranked as the highest paid hedge fund manager two years in a row, notching $3.5 billion in 2013 alone… Another interesting mini-drama playing out here involves Cliff Sobel, the Short Hills businessman who served as President George W. Bush’s ambassador to both the Netherlands and Brazil… Sobel himself will be hosting a fundraiser for Jeb at his Southampton home on the afternoon of July 25, the same day that Wall Street bigs Ken Lipper and Emil Henry will be hosting their own events in East Hampton.” [Observer]

FLORIDA SEN: “Democrats’ primary nightmare comes true: Alan Grayson runs for Senate” by Marc Caputo: “The contrasts between the two are stark: Grayson is a progressive, hip-shooting firebrand beloved by hardcore liberals; Murphy is a cautious, scripted candidate favored by the Democratic establishment in Washington and Tallahassee. The two Florida congressmen show little admiration for each other, which could presage a brutal and big-spending primary.” [Politico]


**Good Thursday Morning! Enjoying the Daily Kickoff? Please share us with your friends & tell them to sign up at [JI].  Have a tip, scoop, or op-ed? We’d love to hear from you. Anything from hard news and punditry to the lighter stuff, including event coverage, job transitions, or even special birthdays, is much appreciated. Email [email protected]**
BUSINESS BRIEFS: Sun Valley Scene [Variety] • “Private jets take center stage at Allen and Company conference in Sun Valley” [KMTV] • “Commerce Secretary Pritzker: On Diversity, Silicon Valley Can Learn From Washington” [Forbes] • “Uri Levine’s FeeX Launches 401k Rollover Center to Show Investors What to Do With Old 401ks” [DigitalJournal] • “Stewart Butterfield shares the most horrible thing about shutting down a startup” [BusinessInsider] • “Gowanus High-Rise Developer Called Out for Dumping Muddy Water into Canal” [DNAinfo] • “Forbes Flashback: How George Soros Broke The British Pound And Why Hedge Funds Probably Can’t Crack The Euro” [Forbes]

LongRead: “David Rubenstein and Alice Rogoff are one of Washington’s most powerful couples. So why is she living in Alaska?” by Julia Duin: “A Chinese restaurant near the northwest corner of the continent might seem an incongruous setting for a onetime Beltway insider often seen at Kennedy Center galas and nonprofit board meetings. But Rogoff, a petite woman with blond-streaked brown hair, seemed in her element. Since her first visit to Alaska in 2001, the intensely private businesswoman and philanthropist has spent more and more time here. Yet for someone who has generated so much news, there has been remarkably little published about her. Her rising profile in Alaska, her marriage to one of the country’s most successful private-equity managers, and the physical and metaphorical distance from her life — and husband — in Washington have made observers in both places curious about her ambitions.” [WashPost]

STARTUP NATION: “Meerkat Makes Friends With Facebook’s API, Adds Viewer Cameos And Streaming Storage” by Sarah Buhr: “Israeli live streaming app Meerkat rolled out several major updates this morning, including the ability to sign up on the platform through Facebook instead of Twitter, a feature that lets you invite those watching your stream to take over that stream, and it now facilitates saving streams in something called the Meerkat Library instead of on your phone.” [TechCrunch] • “Israel’s tech whiz-kids-in-training? Ultra-Orthodox Jews” [CNN] • “How Lucrative Israeli Tech Investments Opened Up To Global Investors” [Forbes]

“Leader of Christian Zionists Named Head of Campus Anti-BDS Group” by Nathan Guttman: “David Brog, executive director of Christians United for Israel, will head the Campus Maccabees, a new multi-million dollar group funded by Adelson and fellow billionaire Haim Saban. The new organization’s mission will be to fight efforts on college campuses to promote the movement to boycott, divest from or sanction Israel. An official announcement is expected next week, but two sources closely informed of the campus group’s decision-making process have confirmed the information to the Forward.” [Forward]

“The Most Fascinating Man I Ever Met, Jeweler to the Rich & Famous, Biblical Collector Shlomo Moussaieff” by Matti Friedman: “Shlomo Moussaieff, who died last week at 92, will be remembered as a purveyor of jewels to the rich and famous and as one of the world’s foremost collectors of biblical antiquities. I will remember him as one of the most enigmatic and fascinating people I have ever interviewed.” [TabletMag]

SPORTS BLINK: “LeBron & D-Wade Teamin’ Up To Party On Jay Schottenstein’s $29 Million Yacht: James and his wife, Savannah — along with Wade and Gabrielle Union — have been staying on a yacht called the Just J’s … a top of the line ship built in 2011 … and owned by billionaire businessman Jay Schottenstein. Jay is big in the Ohio community … so is LeBron (duh).” [DailyNews; TMZ]

DESSERT: “Why Philly’s Mike Solomonov Is The Genius of Modern Jewish Cooking” by Bill Addison: “The latest restaurant from Michael Solomonov and Steven Cook, Philadelphia’s visionary chef-restaurateur duo, reframes and updates the cooking of the Jewish diaspora. Since it opened last September, the Montreal-style short ribs have been the showpiece most kvelled over.” [Eater] 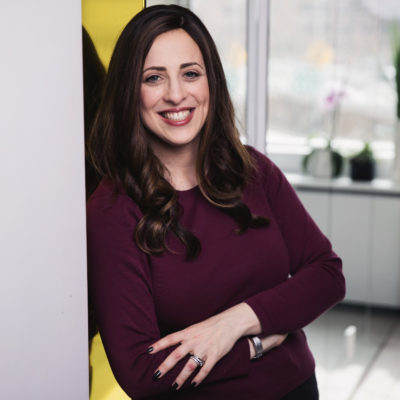 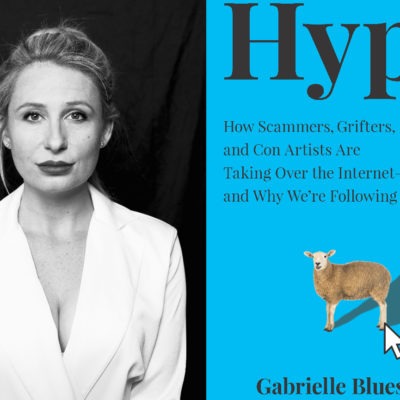 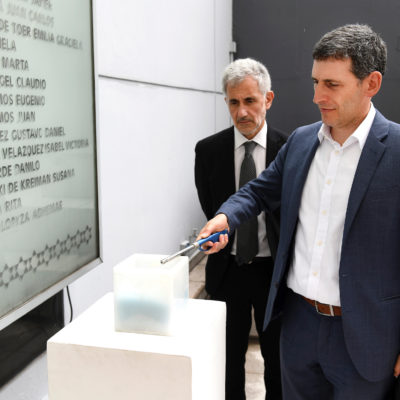 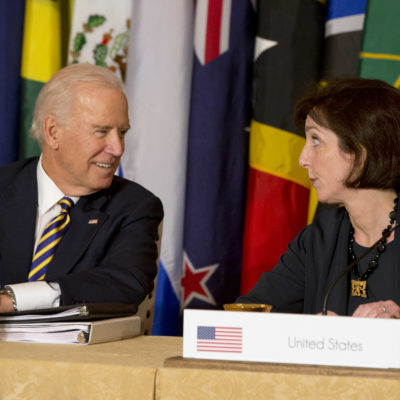