TOP TALKER: “Palestine Makes You Dumb: To argue the Palestinian side, in the Gaza war, is to make the case for barbarism” writes Bret Stephens in the Wall Street Journal: “Of all the inane things that have been said about the war between Israel and Hamas, surely one dishonorable mention belongs to comments made over the weekend by Benjamin J. Rhodes, deputy national security adviser for strategic communications. Interviewed by CNN’s Candy Crowley, Mr. Rhodes offered the now-standard administration line that Israel has a right to defend itself but needs to do more to avoid civilian casualties. Ms. Crowley interjected that, according to Netanyahu, the Jewish state was already doing everything it could to avoid such casualties. “I think you can always do more,” Mr. Rhodes replied. “The U.S. military does that in Afghanistan.”

“How inapt is this comparison? The list of Afghan civilians accidentally killed by U.S. or NATO strikes is not short… Maybe Mr. Rhodes knows all this and was merely caught out mouthing the sorts of platitudes that are considered diplomatically de rigueur when it comes to the Palestinians. Or maybe he was just another victim of what I call the Palestine Effect: The abrupt and often total collapse of logical reasoning, skeptical intelligence and ordinary moral judgment whenever the subject of Palestinian suffering arises.” [WSJ]

DRIVING THE DAY: “Netanyahu’s vision for Gaza: Internationally supervised demilitarization” by Barak Ravid in Haaretz: “Netanyahu wants to establish an international framework for demilitarizing the Gaza Strip, supervising entry of people and goods into the enclave and preventing smuggling, a senior Israeli official said Monday. This mechanism will oversee the use of funds, building materials and arms in Gaza, in order to ensure that they are not used for terror. According to the official, Netanyahu asked several foreign leaders for ideas on how the international community could assist in implementing these goals.” [Haaretz] — “Israel Hits Hamas Infrastructure in Gaza” [WSJ] — “Tunnels Lead Right to the Heart of Israeli Fear” [NYTimes]

KERRY PILE ON CONTINUES: “John Kerry’s big blunder in seeking an Israel-Gaza cease-fire” by David Ignatius in the Washington Post: “Kerry’s error has been to put so much emphasis on achieving a quick halt to the bloodshed that he has solidified the role of Hamas, the intractable, unpopular Islamist group that leads Gaza, along with the two hard-line Islamist nations that are its key supporters, Qatar and Turkey. In the process, he has undercut not simply the Israelis but also the Egyptians and the Fatah movement that runs the Palestinian Authority, all of which want to see an end to Hamas rule in Gaza.” [WashPost] — “The one thing everyone in Israel seems to agree on: John Kerry blew it” [WashPost]

OTHER SPEAKERS AT THE NATIONAL LEADERSHIP ASSEMBLY FOR ISRAEL IN DC: “While House Speaker John Boehner made no mention of Kerry or the Obama administration, the Republican leader said the U.S. can’t act “just as a broker or observer” on Israel’s behalf. “What does that mean? Well, it doesn’t mean using vague, on-the-one-hand, on-the-other-hand statements,” Boehner of Ohio said. “No, it means backing up our words, and showing our solidarity with our friend.” Watch the entire event at [CSPAN] — “With Israel At War, US Lawmakers Give Full Support” [AP]

—BEST QUOTES: Rep. Israel (announcing he will be traveling to Israel on Saturday): “Not only do we stand with Israel in New York, we stand with Israel in Israel,” — Rep. Jeffries: “Israel has always prevailed and Israel will prevail this time too. Israel today, Israel tomorrow and Israel forever.” — Rep. Engel: “You know the media has not exactly been fair to Israel and it’s time that we stand up and say we are not going to accept this biased, one-side coverage.” — Comptroller Stringer: “How New York rolls, so does public opinion,and we need to back up Israel with our strong public opinion.”

2016 WATCH: NY Gov. Andrew Cuomo considering trip to Israel after receiving an invitation from prime minister Netanyahu: “Cuomo, during a press conference in Buffalo Monday, said he was in contact with Israeli officials about a trip to Israel — but added it was a “tad premature” to say a trip was in the works.” [NY Daily News] — Netanyahu’s letter: “New York, like Israel, has known the scourge of terrorism. You clearly understand the threat terrorism poses and the efforts required to fight it… It would be my pleasure to welcome you here in Jerusalem should you choose to visit.” [JP Updates] [WSJ]

—Billionaire Haim Saban on Bloomberg TV: Hillary is “ready plus-plus” & I will spend “as much as needed” in 2016. “I think she would be great for the country and great for the world.” [Bloomberg]

**Good Tuesday Morning! Enjoying the Daily Kickoff? Please share with your friends & tell them to sign up at [JI]. Have a tip, scoop, or op-ed? We’d love to hear from you. Anything from hard news and punditry to the lighter stuff, including event coverage, job transitions, or even special birthdays, is much appreciated. Email [email protected]**

PARTISAN –– A new PEW Research poll found that support for Israel over the Palestinians among US citizens remains high, but that support is an increasingly partisan issue. [Politico]

U.S. Holocaust Museum Hosts Mystery Defecter Known as ‘Caeser’ In DC Who Has Evidence of Assad’s Atrocities: “We are incredibly grateful to the Holocaust Museum for hosting Caesar,” said Muna Jondy, CDS’s government relations chair. “Their staff’s expertise in dealing with these kind of photographs is unmatched in the world. Further, the Holocaust Museum is an appropriate and somber setting for evidence of such monumental crimes to be highlighted and further examined.”[DailyBeast]

Rabbi David Saperstein tapped as first non-Christian to serve as U.S. ambassador for religious freedom: The Obama administration said Monday it would nominate Rabbi David Saperstein as the next Ambassador-at-Large for International Religious Freedom, as the state department issued its annual analysis of the state of religious freedom across the globe. “I am grateful that Rabbi Saperstein has chosen to dedicate his talent to serving the American people at this important time for our country,” Obama said in a statement announcing his intent to nominate Saperstein. “I look forward to working with him in the months and years ahead.” [Time]

CAMPAIGN, INC. – “Richard Tisei May Have Violated Campaign Finance Laws In Payment To Arthur J. Finkelstein”: “Richard Tisei had lost his 2010 bid for lieutenant governor. But the openly gay Republican who supports abortion rights was still a star in his struggling party. And after the election he approached an old friend, reclusive GOP strategist Arthur J. Finkelstein, to help map the way forward. Finkelstein, who owns a sprawling property on the Ipswich River, is a storied figure in conservative circles. He has advised Israeli Prime Minister Benjamin Netanyahu, worked for President Nixon, and polled for President Reagan. Now, he would do a poll for Tisei — a June 2011 survey testing Tisei’s standing in the Sixth Congressional District, home to Representative John Tierney, a Salem Democrat bogged down in a family gambling scandal. The poll was not unusual. The payment for it, and for Finkelstein’s advice, was.” [BostonGlobe]

TABLET MAG: “The Jew Who Turned the Left Against Israel” by Joshua Muravchik: “For the first quarter-century of its existence, Israel could count on one bastion of foreign support: the Socialist International, an agglomeration of moderate Leftist parties like the British Labour Party, the German Social Democrats, and the French Socialists. Among the world’s democracies, no country was molded more by socialist ideas than Israel, and this commanded the admiration of other socialists worldwide. But in the 1970s, one European leader took up the mission of reversing this good opinion. He was Bruno Kreisky, the Chancellor of Austria, Vice President of the International, and one of the most memorable European politicians of his era.” [TabletMag]

TOP-OPS: Hilik Bar – “How many Israelis must die before we are ‘allowed’ to defend them?” [TheGuardian] — Sari Bashi: “Time to Re-open Gaza: The best way to combat terror is to allow Gazans  to lead normal lives” [PoliticoMag] — Brent E. Sasley: “Israeli Is Winning This War” [PoliticoMag] — Gerald Seib: “Why Tensions Are Climbing Between Israel and the U.S.” [WSJ] — Douglas J. Workman: “Has Israel become a Democrat-Republican issue?” [JewishJournal] — Emily Hauser: “Gaza is trigger for American Jews’ tension and dissonance on Israel” [Haaretz] — WSJ Review & Outlook: “The IRS’s Foreign Policy” [WSJ]

HAMPTONS BLURB: “Ms. Seinfeld, a major supporter of Israel, noted that “we’re dealing with a world in chaos, and we’re in the Hamptons, so we are fully appreciative of being able to enjoy a night like this. It’s nice to do something small in your world.” in the Wall Street Journal’s article “Going Beyond Backyard Barbecues in the Hamptons.” [WSJ]

SPORTS BLINK: Judge Clears Way for $2 Billion Sale of L.A. Clippers: “Shelly Sterling, wife of Donald Sterling, will be able to proceed with a record-breaking $2 billion sale of the Los Angeles Clippers against his will, a Los Angeles probate judge said in a tentative oral ruling on Monday.” [WSJ] — “How an Unknown Coach, David Blatt, Will Make LeBron Even Better” [WSJ]

DESSERT: Searching for Falafel Outside the ‘New York Stands With Israel’ Rally [The Wire]

THIS DAY IN HISTORY (via the AP): 1993 – “The Israeli Supreme Court acquitted retired Ohio autoworker John Demjanjuk of being Nazi death camp guard “Ivan the Terrible” and threw out his death sentence.”

That’s all folks, have a great Tuesday!

**Have a tip, suggestion, or even an op-ed? We’d love to hear from you. Email [email protected]ewishinsider.com** 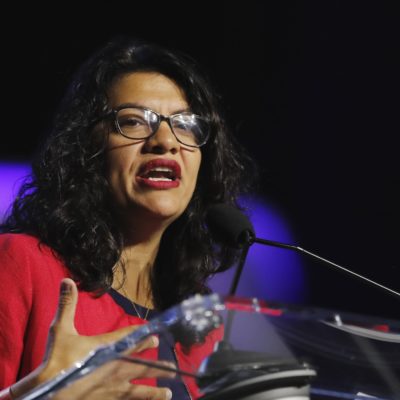