'I traveled to Israel twice and I will do so again,' said Brooklyn Borough President Eric Adams 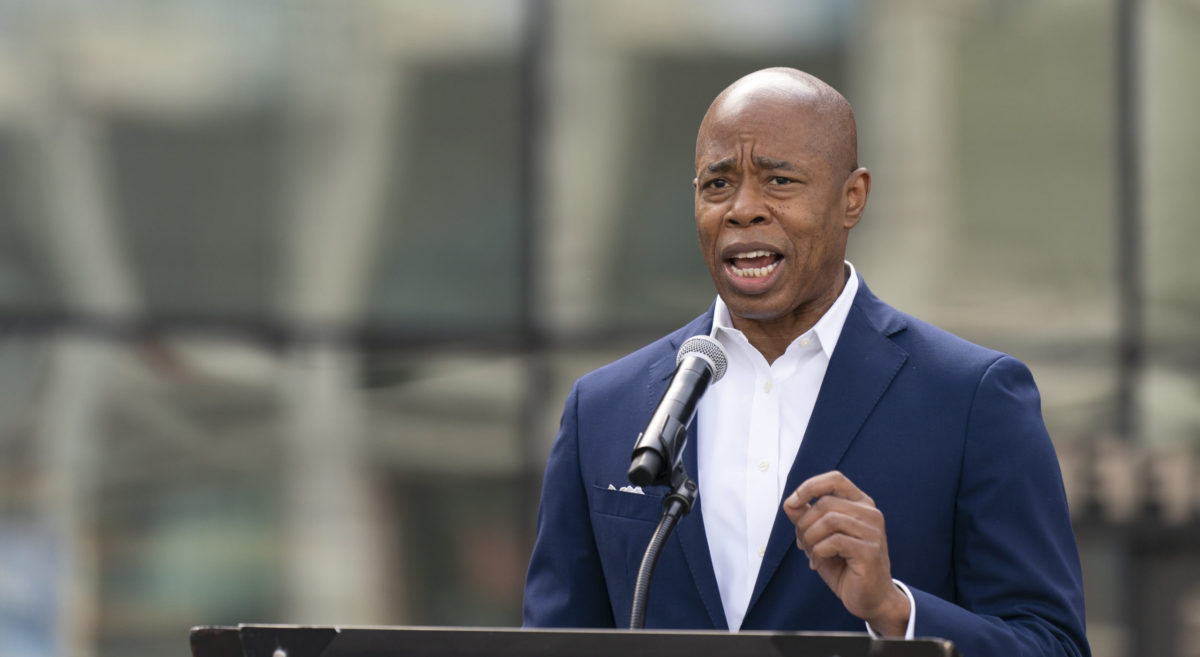 Brooklyn Borough President, Eric Adams announces that the Barclays Center will be an early voting site, Tuesday, Sept. 1, 2020 in the Brooklyn borough of New York.

The leading Democratic candidates in the New York City mayoral race fielded questions about the Boycott, Divestment and Sanctions movement at a virtual forum hosted by UJA-Federation of New York on Tuesday night.

Eric Goldstein, UJA’s CEO — moderating alongside UJA board member Merryl Tisch — asked five of the seven candidates who appeared at the forum about recent efforts to “delegitimize” Israel, including a questionnaire distributed last summer by the New York City chapter of the Democratic Socialists of America asking that local candidates pledge not to visit Israel if elected.

“I was asked that same question, and I made it clear that I traveled to Israel twice and I will do so again,” Eric Adams, the Brooklyn borough president, said at the beginning of the forum. Adams said it was unfair to “demonize an entire country” because of a “philosophical disagreement with some of the policies,” while adding his belief that “people have a right to protest, but that protest should not be antisemitic. I consider myself to be a friend of Israel.”

He concluded: “I like to say that Brooklyn is the Tel Aviv of America.”

Kathryn Garcia, the city’s former sanitation chief, said she “would very happily travel to Israel” if she is elected, noting that Israel is one of New York City’s most important trading partners. “We need to make sure that we continue to have close ties with them,” Garcia added, “because they will be about vaulting us into that next tier of what the future is going to look like.” 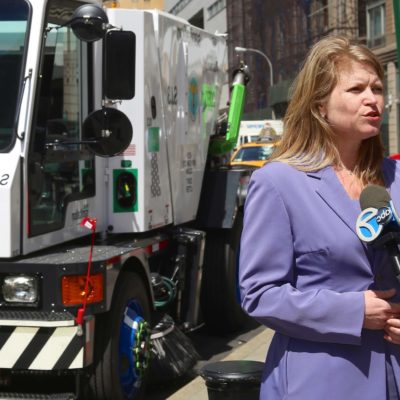 Former presidential candidate Andrew Yang, whose views on BDS have vacillated in recent months, came out strongly against efforts to boycott the Jewish state when it was his time to speak at the forum, telling Goldstein that his “first official trip as mayor” would be to Israel.

“I’m very cognizant of the fact that New York City is home to the largest Jewish population outside of Israel, and I cannot wait to visit Israel, frankly, certainly my first official trip as mayor,” he said. “I say this on a personal level as well, because my wife really wants to visit Israel — and so, like, it’s something that I’m very much looking forward to.”

Yang added that his nonprofit organization, Venture for America, “was partially inspired by Israel’s culture of entrepreneurship.”

Shaun Donovan, who previously held high-ranking positions in the Obama White House and Bloomberg mayoral administration, struck a personal note when asked about the Jewish state. Donovan, who grew up in New York City, said he went to school with a number of Jewish students, adding that his paternal grandfather was an Ashkenazi Jew and that his sister converted to Judaism. 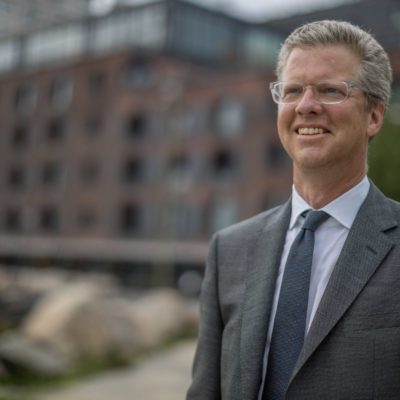 “I want to be very clear that my own history and experience in this city is deeply rooted in Jewish traditions, and especially in the Jewish commitment to doing good in this world,” he said. “I fundamentally believe that we cannot be the city we should be without deep bonds with not just our Jewish communities here in New York, but with Jewish communities around the world. And I fundamentally believe that the economic future of this city and this country are tied to a deep relationship with Israel.”

Former Citigroup executive Ray McGuire, who spent a large portion of his time reading a 1963 speech by civil rights activist Rabbi Abraham Joshua Heschel — the forum took place as the Derek Chauvin verdict was announced — was not asked about BDS.

Neither was Scott Stringer, the seasoned city comptroller whose campaign is backed by some DSA-aligned politicians in New York.

Maya Wiley, a former aide to New York City Mayor Bill de Blasio, was evasive while fielding a question about BDS. “Let me just thank you for asking the question and start by saying my life partner — and the father of my two beautiful, fearsome, fabulous daughters — is Jewish, and he is the son of a mother and grandparents who were Holocaust survivors,” Wiley told the forum while sitting in a car, a headset pushed to hear ear. “Before the shutdown in February of 2020, we actually did a family trip to Germany, because there was a service to recognize what his family had lost, and we visited Sachsenhausen, where his grandfather was imprisoned after Kristallnacht, and it’s a miracle that his mother and his grandparents got out of Germany — a miracle — alive.”

“This is something we live as a family, as an interfaith family, as an interracial family — and it is something that I will say to anyone, that we have to come together — no more hate, no more division, a recognition that there has been far too much suffering in this world and in our country and in our city, too much that has divided us, and we’re done with that. Hate can’t have a home here, and we can’t refuse to have dialogue and learning across our differences.”

Dianne Morales, a former nonprofit executive who called Israel an “apartheid state” at a virtual event last December, according to an audio recording obtained by The Forward, did not participate in the forum.