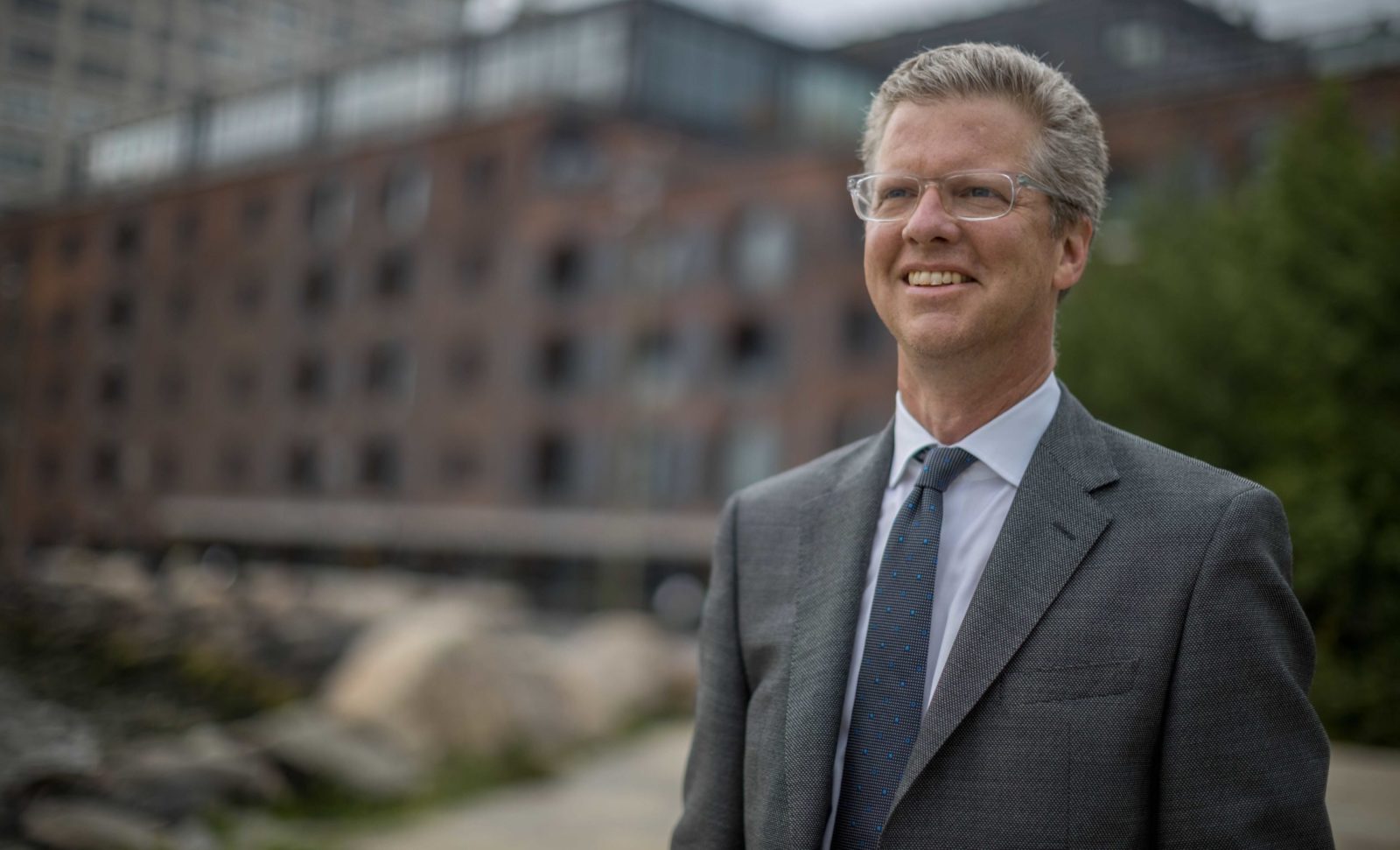 On paper, Shaun Donovan seems to stand out as an eminently qualified candidate for New York City mayor. The 55-year-old housing and urban development expert with two master’s degrees is a policy wonk who held top jobs in the Obama White House and Bloomberg mayoral administration, and in conversation, he projects an air of academic forbearance reminiscent of his former bosses.

In his 200-page campaign policy book, released last month, Donovan lays out his painstakingly detailed and rather creatively rendered plan for New York City as it emerges from the ravages of the pandemic, calling for equity bonds of $1,000 for every child and envisioning a plan to engineer a series of “15-minute neighborhoods” in which “a great public school, fresh food, rapid transportation, a beautiful park and a chance to get ahead” are all within walking distance.

On Tuesday, Donovan announced a new initiative, “70 Plans in 70 Days,” in which he will lay out one new policy proposal every day until the Democratic primary on June 22 — a meticulous approach he is hoping will set his candidacy apart from the crowded field as a “campaign of ideas.”

“The plan for New York City is the best expression of that, and I really do have the boldest, most comprehensive ideas about the future of this city,” Donovan boasted in a recent interview with Jewish Insider. “But I also have the deepest experience in government to be able to ensure that those ideas can make a real difference in people’s lives.”

“I’ve been impressed with Shaun Donovan’s focus on getting New Yorkers back to work,” said Eli Dvorkin, editorial and policy director for the Center for an Urban Future. “He has identified a number of strong models that New York City can build on — from apprenticeship programs to nonprofit tech training — and made it clear that he would invest heavily in skills-building infrastructure. That’s what the city will need to rebound from the current crisis and build a more equitable economy in the future.”

But it remains to be seen if Donovan has the wherewithal to pull off an upset. Several analysts who spoke with JI described the mayoral hopeful as a “talented” individual, while also observing that, despite his policy chops, voters don’t seem to be rallying behind him.

“Shaun Donovan is a tremendously talented public servant,” said David Greenfield, the CEO of the Met Council and a former city council member. “The challenge that he faces is that he’s always sort of been in the background and therefore doesn’t have the same political profile as some of the more active and better-known political candidates, many of whom have either held office or run for higher-profile office before.”

Polling suggests as much. Donovan seems to be lagging significantly behind the apparent frontrunners in the race, including Andrew Yang, the charismatic former presidential candidate; Eric Adams, the brash Brooklyn borough president; and Scott Stringer, the seasoned city comptroller.

But Donovan remains uncowed, citing another set of statistics that he claims supports his case. “I wouldn’t trade my place in this race with anyone,” he said. “I think it’s reflected in polling that New Yorkers want change and they want experience at this moment, and I really believe I’m the only candidate that represents both of those in the sense that nearly every other candidate is, in some way, part of the status quo.”

Donovan, of course, isn’t exactly a fresh face in New York City government, though it has been some time since he was on the scene enacting what experts characterized as meaningful change.

From 2004 to 2009, he served as former Mayor Michael Bloomberg’s housing commissioner, creating the city’s first inclusionary housing program offering “density bonuses to developers who agree to set aside units as affordable,” according to Ingrid Ellen, a professor at New York University who specializes in housing.

“He left a legacy of improving the lives of so many people who don’t have the means to get habitable housing,” said Rabbi David Niederman, president and executive director of the United Jewish Organizations of Williamsburg, who worked with Donovan on issues of affordable housing back in the aughts.

Following his tenure in city government, Donovan accepted an appointment from former President Barack Obama to helm the Department of Housing and Urban Development, during which time he helped lead a revitalization task force in the wake of Hurricane Sandy, among other things.

“I worked extremely closely with mayors across the country and saw, again and again, that particularly at a time when our national politics could be divisive and dysfunctional, mayors really touch people’s lives,” said Donovan, who went on to lead the Office of Management and Budget under Obama. “They are close to the ground. They are the leaders that can make the most difference in the day-to-day lives of New Yorkers and people in their communities.”

In conversation with JI, Donovan, who was raised on the Upper East Side, emphasized his family’s own personal connection to New York as an explanation for why he is now mounting a mayoral bid.

His father, Michael Donovan, an advertising executive, had Jewish, Catholic and Protestant grandparents, and was “beaten up as a child because of that,” Donovan said. Michael, who was born in Panama and grew up in Costa Rica, “had a deep connection to his Irish roots, but also a sense of being an outsider,” Donovan added. “He came to the U.S. to go to school like so many immigrants, and then came to New York to find opportunity, and found it.”

“I would say my entire family owes everything to New York in a fundamental way,” Donovan elaborated. “But at the same time, I also grew up in New York in the 1970s and ’80s. I saw homelessness exploding on the streets. I saw the South Bronx and so many other communities around the city struggling, even burning to the ground, and that really lit a fire in me to go to work on behalf of this city that I love.”

“My platform is really about repairing and rebuilding the city but also about reimagining it as a city that works for everyone,” said Donovan, who advocates for investments in bus rapid transit as well as keeping libraries open 24 hours a day, seven days a week, so New Yorkers will have increased access to broadband.

But getting elected and implementing such policies is in many ways a more challenging task than earning an appointment to public office, particularly in New York, where many prominent figures have tried and failed to do so, including Joe Lhota, Richard Ravitch and Daniel Patrick Moynihan.

“This is a longstanding challenge,” said Mitchell Moss, a professor of urban policy and planning who directs the Rudin Center for Transportation Policy and Management at New York University. “It’s not unusual that people who succeed in appointed life can’t make it in New York City politics.”

Donovan seems intent on proving that he will be an exception to the rule. In the first TV ad of the race, released in February, he painted himself as a veteran of the Obama administration with ties to the current president, Joe Biden — though such appeals appear largely to have gone unnoticed as other candidates gain traction.

“Donovan’s going to have to do something creative over the next couple of months to be able to catch people’s attention and be, if not their number one choice, their second or third,” said Jake Dilemani, a managing director in Mercury’s New York office.

Donovan is now mounting an aggressive TV ad blitz as he seeks to earn name recognition in the new ranked-choice voting system, buoyed by $2 million in independent expenditures from his father. “I am following the law,” Donovan said of his father’s super PAC contributions in an interview with WNYC host Brian Lehrer on Tuesday. “There are dozens of these groups supporting many different candidates who are running, and I don’t coordinate with any of them.”

In the end, Donovan, who has staked out a position, for better or worse, as one of the brainiest candidates in the race, wants to focus on the ideas. “I think, especially in this moment of crisis, New Yorkers are really hungry for a mayor who has the boldest ideas about how we rebuild our health and our economy, how we make this a more equitable city.”

“Shaun Donovan is very smart, very capable and very knowledgeable about New York City,” Moss acknowledged. But in the highly competitive mayoral race, he said, “It’s not enough to be smart.”