Hat in the ring 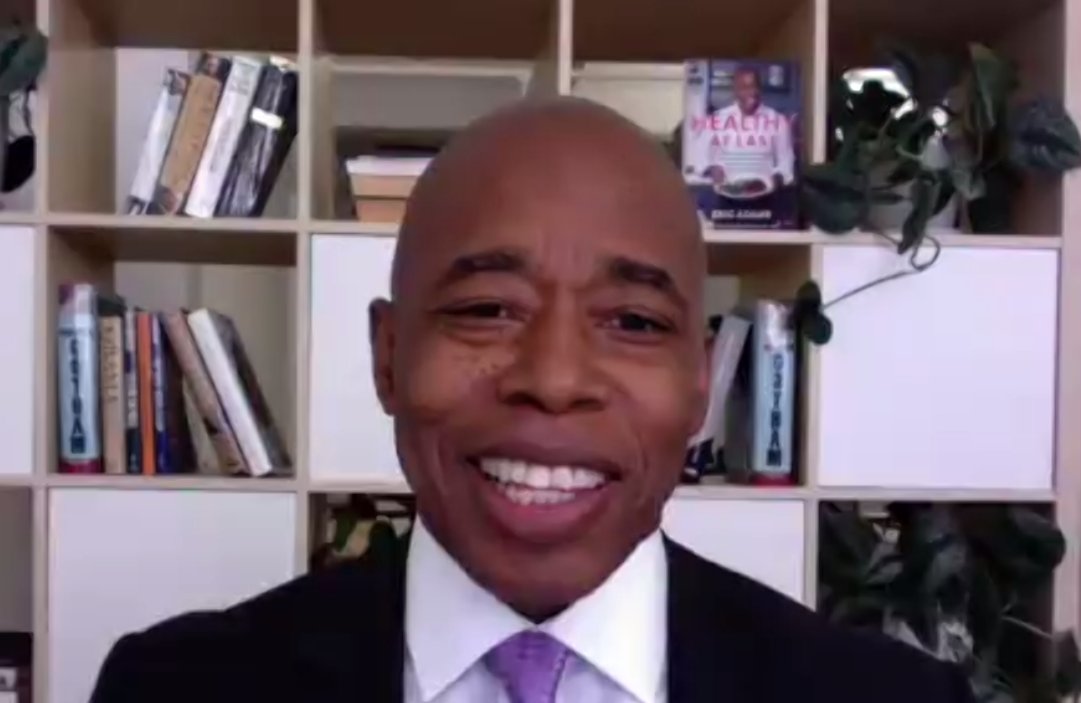 Brooklyn Borough President Eric Adams during the Zoom announcement for his mayoral campaign.

Brooklyn Borough President Eric Adams became the third elected official to formally announce his bid to become the next mayor of New York City on Wednesday.

In a virtual kickoff rally conducted over Zoom, Adams pledged to make the government “work much better than it is now” to lower the number of coronavirus cases in the city and deal with the devastating impact the pandemic has had on the city’s most vulnerable communities. Evoking a phrase Mayor Bill de Blasio used in his first mayoral campaign in 2013, Adams said, “People talk about a ‘tale of two cities,’ but we need to acknowledge that the dysfunctionality of government is the author of that book. We need action, and we need it now.”

Adams is among a dozen candidates, including City Comptroller Scott Stringer, Councilmember Carlos Menchaca (D-Brooklyn) and several former de Blasio administration officials, to announce a mayoral bid ahead of the Democratic primary on June 22, 2021. City Council Speaker Corey Johnson, who was considering a run for the city’s top job, bowed out earlier this year to focus on his mental health.

Adams has already raised more than $2.5 million for his race, according to recent campaign finance board filings.

Adams, 60, who previously represented Brooklyn’s 20th state Senate district, has longstanding ties to the borough’s Jewish community. He has been a leading voice in combating the rise of antisemitism across the city’s five boroughs. In 2018, following the deadly shooting at the Tree of Life synagogue in Pittsburgh, Adams, a retired NYPD captain, said he would begin carrying his handgun whenever he attends religious services.

In recent months, Adams criticized de Blasio for the lack of outreach to the city’s Orthodox Jewish community amid an uptick in coronavirus cases in neighborhoods with large Jewish populations. “For the last six months, I’ve sounded the alarm to demand the city’s COVID-19 outreach reach those who don’t access traditional media, those whose first language isn’t English,” Adams said after de Blasio expressed ‘regrets’ for the approach he took in responding to the virus.

In 2016, Adams headed a delegation of law enforcement officials to Israel in a trip sponsored by the Jewish Community Relations Council of New York. Earlier this year, Adams denounced the Democratic Socialists of America (DSA) for the distribution of a questionnaire asking local candidates seeking their support to agree not to visit Israel if elected. “I encourage every New Yorker to visit Israel and other places important to understanding the cultures essential to the history of people in our great city,” Adams said in a tweet.