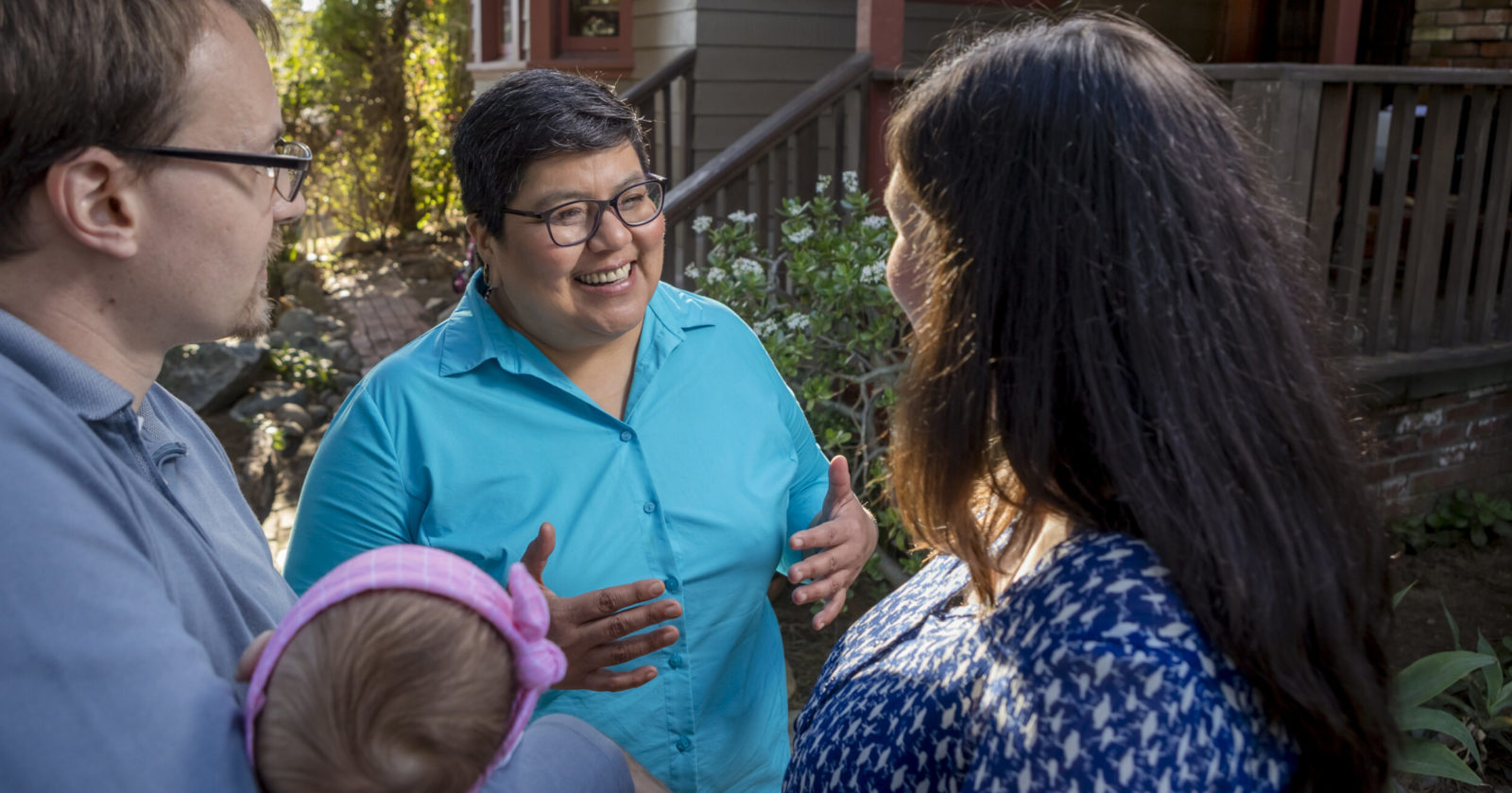 At the beginning of 2020, Georgette Gómez, the San Diego City Council president who is running for a seat in California’s 53rd congressional district, earned a trio of coveted endorsements from Sen. Bernie Sanders (I-VT), Rep. Alexandria Ocasio-Cortez (D-NY) and the progressive group Justice Democrats. The imprimatur was a stamp of approval from some of the nation’s most influential progressive trendsetters, but it turned out that Gomez wasn’t fully aligned with them on one issue: Israel.

In mid-April, Gómez went public with her views in an interview with Jewish Insider, stating that she disagreed with Justice Democrats on matters relating to the Jewish state. The group has previously labeled Israel a “human rights violator,” a characterization Gómez rejects. Since then, Justice Democrats has all but revoked its endorsement. A source close to the Gómez campaign, who requested anonymity for fear of reprisal, tells JI that Justice Democrats is no longer actively fundraising for Gómez because of disagreements over Israel.

Waleed Shahid, a spokesperson for Justice Democrats, declined to confirm whether the group had ceased raising money for Gómez because of Israel, noting that Justice Democrats had previously raised more than $18,000 for the candidate.

But a look at public filings from the Federal Election Commission suggests that Justice Democrats has disengaged from the race. Its last contribution, for in-kind texting services, was on April 15, according to the FEC, and it has made no independent expenditures as it has in several other races. The group has also stopped directly boosting Gómez on social media.

By contrast, Justice Democrats has been furiously promoting Kara Eastman, a progressive congressional candidate in Nebraska, on its social media channels. And on Sunday, the group announced that it had launched a $350,000 independent expenditure to push her past the finish line and dethrone Rep. Don Bacon (R-NE), one of several vulnerable Republicans running for reelection this cycle.

Eastman, it should be noted, described Israel as a “great democracy” in an interview with JI this past May.

For Justice Democrats, Eastman represents the group’s only shot this cycle at flipping a red district. “We have a way we make our decisions about prioritization due to a number of factors, whether it’s how we choose when there’s, especially, races happening at the same time,” Shahid said.

But the group’s decision to all but officially withdraw its support from Gómez’s campaign comes at an inopportune moment for the candidate, who is lagging behind her opponent, fellow Democrat Sara Jacobs, by double digits, according to recent polls.

Jacobs, the 31-year-old Qualcomm heiress, has vastly outspent Gómez, having personally contributed $5.4 million to her campaign. Gómez, meanwhile, has only pulled in $1.6 million, and she has struggled to compete in San Diego’s expensive media market.

“The problem for Gómez isn’t that Jacobs is spending a lot of money,” said Evan Crawford, an assistant professor of political science and international relations at the University of San Diego. “It’s that she doesn’t have much money of her own.”

Democratic Majority for Israel is attempting to help Gómez overcome that impediment. DMFI, which endorsed Gómez in April, recently launched an ad through its PAC that will run until Election Day, according to the group’s president, Mark Mellman, whose polling firm also counts Gómez as a client.

The mid-six-figure ad buy, which will run on TV and digital, is supported by the Congressional Hispanic Caucus’s BOLD PAC and LPAC, which supports LGBTQ women.

According to the campaign source, DMFI’s presence in the race has no doubt also contributed to the tension between Gómez and Justice Democrats. Over the summer, DMFI spent a substantial sum defending two incumbent Democrats against two Justice Democrats-backed challengers, Jamaal Bowman and Alex Morse. Both candidates — who called for conditioning aid to Israel — were buoyed by hefty independent expenditures from Justice Democrats in the lead-up to their primary elections.

Gómez has seen no such largesse from Justice Democrats with eight days remaining until the election.

The 44-year-old candidate, who built a strong relationship with San Diego’s Jewish community after the Chabad of Poway shooting last year, supports a two-state solution to the Israeli-Palestinian conflict and believes the U.S. should continue foreign aid to Israel while restoring aid to the Palestinian Authority — views that are relatively mainstream among many Democrats.

But since her comments in the April interview with JI, she has been accused by some activists of being beholden to pro-Israel groups.

This summer, more than 60 Bernie Sanders delegates distributed a letter urging Justice Democrats and other progressive organizations to unendorse Gómez over her views on Israel, according to a recent report. Josie Caballero, a Bernie delegate who ran in Gómez’s primary, told JI that she had helped lead the charge to send the letter out when it seemed possible that Israel would annex parts of the West Bank.

Since then, Caballero believes that Gómez has failed to establish herself as a reliable progressive, even on matters unrelated to Israel. Caballero, who endorsed Jacobs, alleges that Gómez has vacillated on Medicare for All and student loan debt forgiveness while failing to present a cogent foreign policy approach.

“It’s just that basic ‘hear what I say, don’t watch what I do’ mentality, and that’s what I think a lot of people on the ground are saying,” Caballero told JI. “It’s like, we don’t know where she’s going to stand.”

Sanders appears more confident about the San Diego City Council president. The Vermont senator is still boosting Gómez, whom he endorsed in late January. Last Tuesday, Sanders tweeted out a video in support of the candidate to his more than 13 million followers, declaring that Gómez “will fight for a progressive agenda and help transform our nation so it works for all of our people.”

Sanders’s office did not respond to a request for comment about his support for Gómez.

Ocasio-Cortez, whose new PAC, Courage to Change, backed Gómez in February, appears for the most part to have disengaged from any further promotion of the candidate, though Gómez is still touting the connection. The congresswoman’s office did not respond to a request for comment from JI.

Justice Democrats boasts that it is building a diverse coalition of progressive politicians, and Gómez would seem to fit the bill.

If elected, the daughter of Mexican immigrants would be the first queer Latina to serve in the House. The former community organizer has garnered support from local unions and previously served as an associate director of the Environmental Health Coalition.

But her foreign policy views seem to have nullified those credentials as she struggles to compete against Jacobs.

Sean McElwee, co-founder of the polling firm Data for Progress, believes that these progressives are erring in their effort to distance themselves from Gómez over Israel.

“I really think that progressives are making a strategic miscalculation,” McElwee told JI, “when they’re not backing a queer woman of color for holding views that, for many other politicians who hold similar views, they would give a pass.”