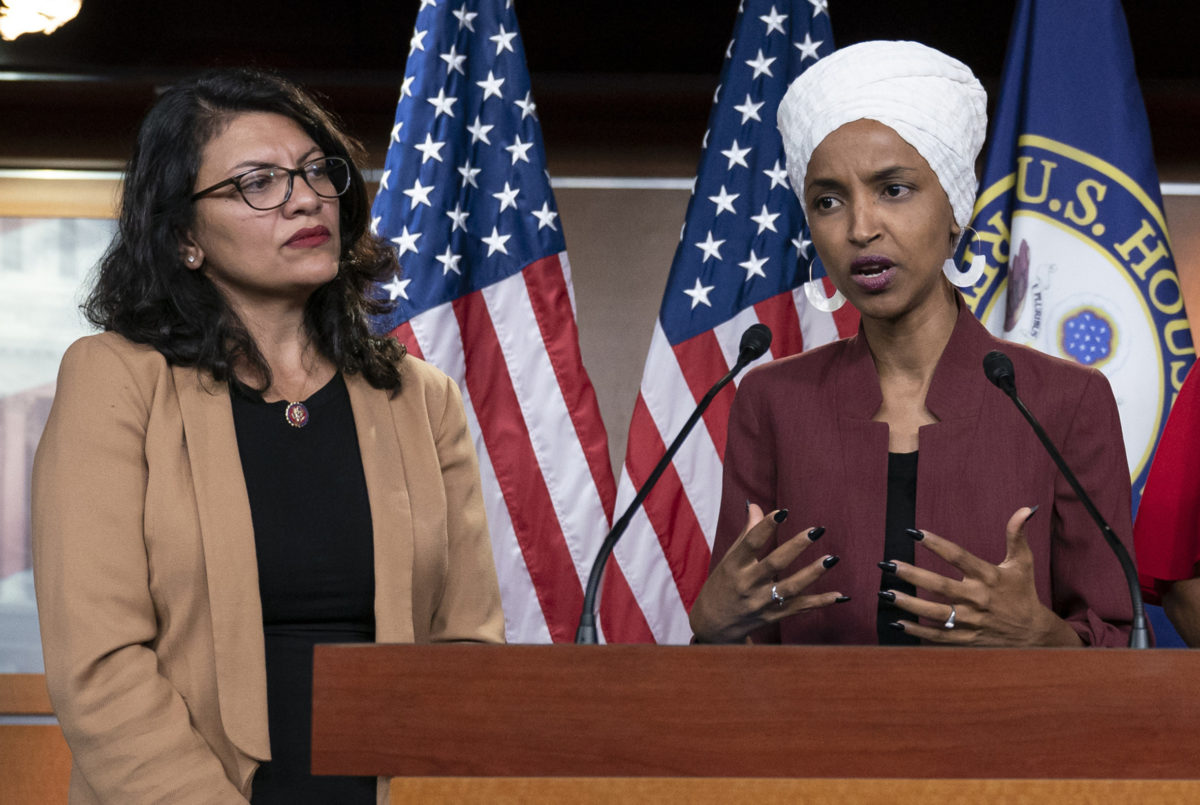 Justice Democrats, the progressive political action committee, no longer describes Israel as a “human rights violator” on the issues page of its website.

Until recently, the group listed Saudi Arabia, Egypt and Israel under a heading that doubled as an exhortation: “Stop Selling Arms to Human Rights Violators.”

“We recently gave Saudi Arabia billions in weapons and watched the civilian death toll in their vicious bombing campaign in Yemen tick up,” read a section below the old header. “We continue sending Egypt arms as they violently crack down on peaceful protesters. Israel received $38 billion in aid and promptly announced new settlements. The first step to peace is not enabling nations who regularly violate international law.”

While the section below it remains largely the same as the old one, it now includes a line about possible “‘annexation’ of the West Bank” as one of the reasons the United States should reconsider the aid it gives to Israel.

The description also includes a new sentence, tagged onto the end, that is reminiscent of the previous header but less direct. “One major step toward a progressive foreign policy is to ensure that our aid to other nations is used to promote peace and security,” the sentence reads, “not to violate human rights and undermine peace.”

The edit appears to have been made in early May, according to the Wayback Machine.

Waleed Shahid, a spokesman for Justice Democrats, did not respond to a request for comment regarding the changes.

Jeff Beals, a former U.S. diplomat who was stationed in Jerusalem in the early 2000s and was endorsed by Justice Democrats in 2018 when he ran for Congress in New York’s 19th congressional district, said he appreciated the new wording.

“I like the change in framing,” he told JI. “To me it reads like the Justice Democrats are going beyond critiquing our foreign policy. They’re advocating a progressive vision for our entire foreign policy. That’s what we need and defense contractors and the politicians they control stand in the way.”

Despite the language change, Jeff Mendelsohn, executive director of Pro-Israel America, was unconvinced that it had any meaningful bearing on the Justice Democrats platform.