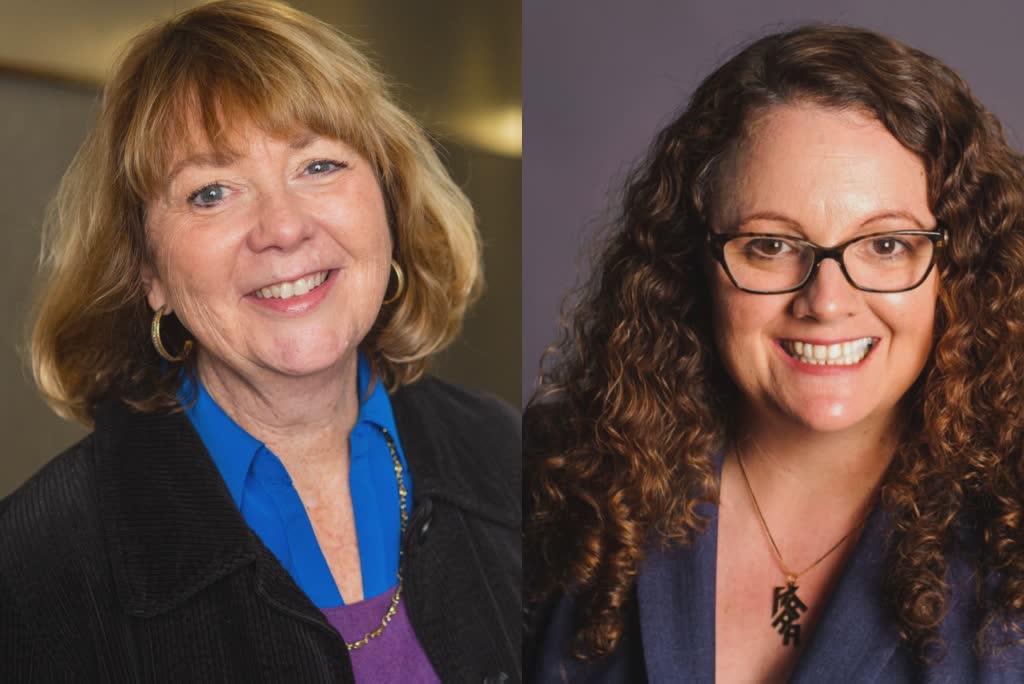 In 2018, Democratic political newcomer Kara Eastman made a splash in Nebraska political circles when she came within 5,000 votes of beating incumbent then-freshman Rep. Don Bacon (R-NE), who was first elected in 2016. Now, the social worker and former non-profit executive wants a rematch — but in order to have one, she’ll need a primary win on Tuesday against someone familiar with the office: Ann Ashford, whose husband, former Rep. Brad Ashford (D-NE), held the seat before losing to Bacon in 2016.

Eastman decided to throw her hat into the ring again in part because of the close margin last cycle. She had heard from supporters, she said, who had pushed her to make another run for office. She’s hoping that the name recognition she garnered during her first run will give her a boost over Ashford and a third candidate in the race, Gladys Harrison.

“Now people have had the chance to get to know me a little bit better and hopefully see that my vision for the country is much more in line with what the majority of Americans want,” she told JI in a recent interview.

The primary race will be close between Eastman and Ashford, predicted Paul Landow, a political scientist at the University of Nebraska, Omaha, but Eastman will likely pick up the nomination again, he told JI. Eastman has the backing of major progressives on the national stage, including Sen. Elizabeth Warren (D-MA), Reps. Ro Khanna (D-CA) and Pramila Jayapal (D-WA), and progressive groups including Justice Democrats and Democracy for America.

But Ashford is popular among major Democratic figures in Nebraska, having garnered the support of Bob Kerry and Ben Nelson — both of whom previously represented the Cornhusker State in the Senate and served in the Governor’s Mansion; along with former Lieutenant Governor Kim Robak and former Omaha Mayor Mike Fahey.

Eastman accepted Justice Democrats’ endorsement, but said she wasn’t aware the group labels Israel as a “human rights violator” on its website.

“That’s certainly not a litmus test to have an endorsement from them,” she said.

Eastman, who called Israel “a great democracy,” expressed concern that the current political environment has impacted peace process efforts. “I certainly would be pushing for a two-state solution because I think that’s the right thing to do,” she said, but added that she sees it as unlikely under Prime Minister Benjamin Netanyahu and President Donald Trump’s leadership. She told JI that both men have been obstacles to peace.

“I think in general — if we restore good leadership to the United States — that we should be working with our allies, that we should be promoting peace as much as possible,” she continued, “recognizing human rights violations on both sides, but also working to create a more stable space in the world, which benefits everybody.”

Ashford met with Netanyahu on a trip to Israel with her husband as part of a 2016 congressional delegation. Describing the meeting in a June 2019 policy paper given to AIPAC, Ashford said the delegation’s discussion with the prime minister “helped me understand the United States’ relationship with Israel in a more concrete way than if I had read dozens of books on the subject.”

In conversation with JI, Ashford described the U.S.-Israel relationship as “one of our most important relationships in the world” but called for the U.S. to assume the role of an “agnostic facilitator of the two-state solution.”

“I think that in any help that we’re giving, we need to make sure [a two-state solution is] being pursued,” she said, adding that she opposes actions, including annexation of the West Bank, “that move us farther away from ever achieving that two-state solution.”

In a second position paper, this one dated February 2020 and shared with J Street, Ashford called the Trump administration “tone deaf” for cutting aid to the Palestinians and for opening the U.S. embassy in Jerusalem “at the same time as the Nakba, when Palestinians commemorate the expulsion and displacement of over 700,000 people at the time of Israel’s funding [sp].”

In the J Street paper, Ashford addressed the 2015 Iran nuclear deal and pledged to “push to bring the US back into compliance with the JCPOA and regain our seat at the table.” She told JI that she thought the original deal could have been better, and would like to renegotiate it before rejoining, but would prioritize getting the U.S. back into the deal.

Eastman, who did not provide a white paper to JI, largely agreed that the original Iran deal was flawed, but that the decision to pull out was “terrible.” Like Ashford, she wants to “upgrade” the deal and rejoin.

While he was in Congress, Ashford’s husband voted against the Iran deal in 2015, calling it “not good enough.” Ashford sought to draw distinctions between herself and her husband, telling JI that they see the world in a similar way, but have “completely different backgrounds.” She described herself as “more socially progressive” and explained that the two “have a different way of interacting with people.”

Despite the backing of the Democratic Congressional Campaign Committee in 2018, former Rep. Ashford narrowly lost to Eastman. Her victory against the more centrist Ashford was also celebrated at the time by Republicans eager for a general election matchup against a more liberal candidate.

Like many Democratic congressional candidates around the country, Eastman and Ashford both said that expanding health care access is their top priority. Eastman backs Medicare for All, while Ashford thinks it’s “not realistic” and favors a public option.

Polling from September of potential matchups in November suggested a statistical dead heat between Eastman and Bacon; Ashford lagged by a 7-point margin.

Despite the close call in 2018, observers suggest that regardless of the primary outcome, the November race is Bacon’s to lose. “Bacon’s profile is really excellent for this congressional district in almost every way,” Landow said. “Unless Trump completely crashes, it’s going to be difficult for Bacon’s challenger no matter who it is.”