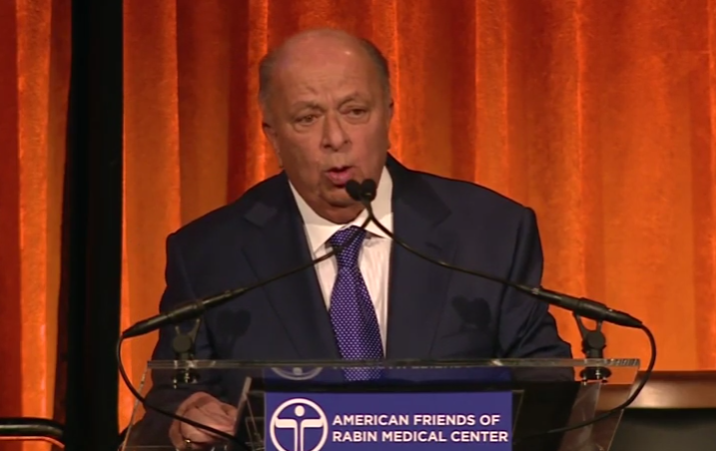 Stanley Chera, New York real estate developer and founder of Crown Acquisitions, passed away on Saturday from complications due to the coronavirus.

Bio: Chera was born in 1942 to a Syrian Jewish family in Brooklyn. He is survived by his wife, Frieda, who also tested positive for the virus, and three sons. Chera was a close personal friend of President Donald Trump and a contributor to the Trump Victory Fund.

High-profile: Met Council CEO David Greenfield, who served as the executive vice president of the Sephardic Community Federation prior to his election to the New York City Council, told Jewish Insider on Sunday that while Chera was undoubtedly one of Trump’s closest personal friends, he was also “one of the most successful New York real estate investors in modern history, a renowned philanthropist and one of the most important leaders of America’s Sephardic Jewish community.”

Heard on the trail: Last year, during a campaign rally in Grand Rapids, Michigan, Trump sang Chera’s praises as he acknowledged the real estate titan from the stage. “A friend of mine — he’s very shy, but he’s very rich. He shouldn’t be shy. He’s one of the biggest builders and real estate people in the world, one of the biggest owners of property,” the president noted. “I shouldn’t introduce him because you guys won’t like him, because he’s a big owner of property. But you own property, he just owns more of it than you do. And he’s a great guy and he’s been with me from the beginning — Stanley Chera. Stanley! Those big beautiful buildings in Manhattan, you know, those big beautiful buildings? He owns them. Stanley, how much did you make this month? Stanley is a great guy. He’s been with us all. He loves you, and he’s been with us from the beginning.”

Wake up call: Last week, Vanity Fair’s Gabriel Sherman detailed how the news of Chera falling into a coma in late March pushed Trump to reverse course on the administration’s approach to COVID-19. Trump first spoke about his friend during a briefing on March 29. “I had a friend who went to a hospital the other day. He’s a little older, and he’s heavy, but he’s a tough person,” Trump said. “The speed and the viciousness, especially if it gets the right person, it’s horrible.”

Paying tribute: Attorney Phil Rosen, a co-head of Weil Gotshal & Manges LLP and a friend of Chera’s, told JI, “Stanley was a true Jewish leader who did so much for Israel and the Jewish people, quietly and behind closed doors. He was one of those closest to the president, and the president was the one who bragged about their friendship. He was also a wonderful man who cherished his family and friends. I felt lucky to be Stanley’s friend.”

Greenfield added, Chera “had a genuine love for life that was infectious. You wanted to be around him and spend time with him. His loss has sent shockwaves and grief throughout the leadership of the Jewish community.”