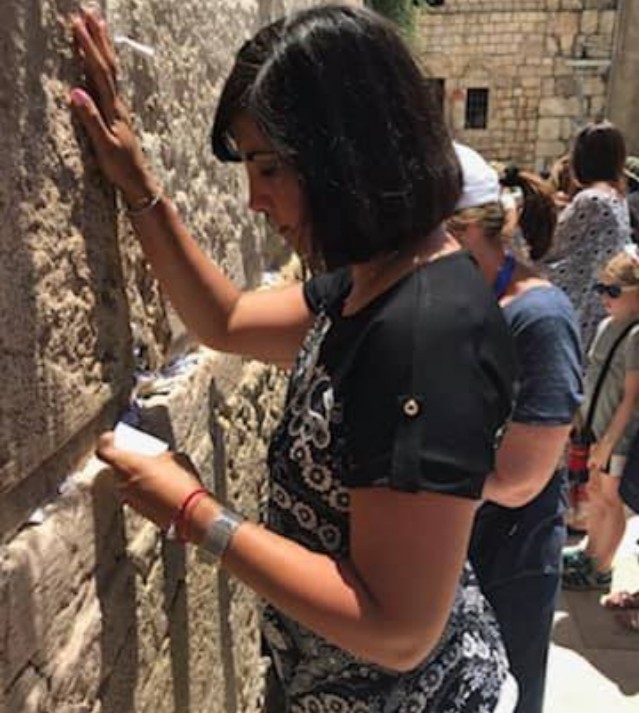 “This is my first trip to Israel, I’m here for a historical perspective, but also for current events, to see things first hand,” Malliotakis told Jewish Insider in Jerusalem on Monday. “I think it’s very important that the United States remains a strong ally of Israel.”

Malliotakis recently announced a bid to challenge Rep. Max Rose (D-NY) in the 2020 elections. On Monday, her campaign announced that she has raised $250,000 in the last quarter.

The Republican lawmaker told JI, “For the first time, we’re seeing antisemitism rise within the ranks of Congress, and that is something that we need to push back on.”

Malliotakis praised New York Governor Andrew Cuomo for recently visiting Israel — to express solidarity with the Jewish community in New York amid a “troubling” rise in antisemitism — and for condemning Rep. Alexandria Ocasio-Cortez (D-NY) for comparing detention facilities to the Nazi concentration camps.

“Unfortunately, we’re not seeing that from her colleagues in Congress, we are not seeing it from Speaker Nancy Pelosi, and that is unfortunate,” she said. “We’ve always had antisemitism within the United States and across the globe. When we see it, we need to be forceful in condemning it in the strongest terms — we’re not seeing that. I’m happy to see the governor has come here, and quite frankly, Ocasio-Cortez should be coming here as well, and be learning [about] some things that she’s saying.”

When asked about next year’s race, Malliotakis criticized Rose, the freshman Democrat she hopes to unseat, for not condemning Ocasio-Cortez’s comments on concentration camps and for supporting Omar remaining on the House Foreign Affairs Committee.

“Now more than ever, we need elected officials at the city, state and federal level who will strongly condemn those in our government expressing antisemitic and anti-American sentiments, not turn a blind eye to it,” she said.

Asked for comment, Rose told Jewish Insider, “I’ve said it before and I’ll say it a thousand times more: as a Jewish-American, I disagree with politicians invoking the Holocaust in any capacity. I also find it disgusting that while in Israel, rather than learning about the real dangers of antisemitism that Jews face around the world, Nicole would play politics with someone else’s faith. She should realize how offensive it is to try and lecture me about my responsibilities as a Jewish person, but that would require some semblance of a conscience and self-awareness. Apparently, she has neither. Plain and simple, Nicole Malliotakis is not fit to serve in Congress.”

“On Staten Island, in Brooklyn, and across the country Jews are being targeted and murdered because of their faith,” Rose continued. “I don’t have time for her using the Jewish people as some kind of prop for her political campaign, and neither do the people in my district, who have to worry about a murderer entering their synagogue or a person filled with hate knocking them to the ground just because they’re wearing a kippah.”

“This country has been very generous,” Malliotakis explained. “My mother is also a Cuban immigrant. My mother is one of the most patriotic human beings I’ve ever met because she appreciates what this country has provided for her. I think that there is anti-American sentiment within Congress, and Ilhan Omar is an example of someone who has received the generosity of this country, became a United States member of Congress — nothing describes the American dream better than that. And yet I question whether she’s appreciative of everything that our country has provided to her. So… I do believe because it’s the president, he is being taken out of context.”

Rose, meanwhile, tweeted that Trump’s comments “are morally reprehensible and racist. You’re the President of all Americans. Act like it.”

Malliotakis’s trip was organized by Dr. Joe Frager, vice president of the National Council of Young Israel and founder of the Chovevei Zion organization.

“Bringing the assemblywoman to Israel, and specifically to Yad Vashem, was incredibly important since many congressmen and New York State legislators representing Jewish communities have been AWOL confronting the growing antisemitism in the halls of government,” Frager told Jewish Insider.