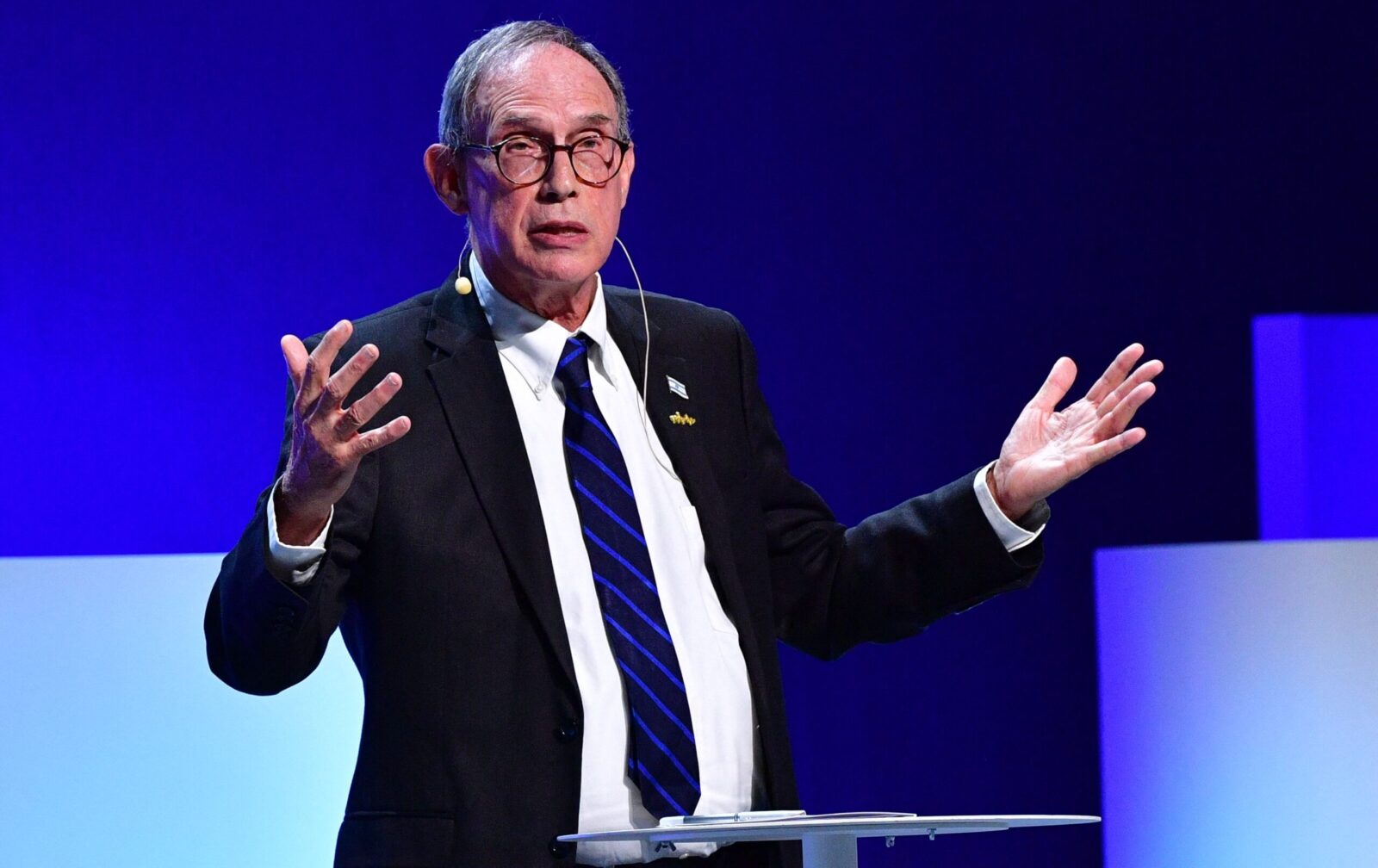 ‘There are eight million Jews in the Diaspora and whether they are under pressure from antisemitism, or living full and happy lives, they should be on our radar screen, and we should look at them, work with them, help them and see them as members of our own family’

Nachman Shai has long been a major figure in Israeli-Diaspora relations, dating back to his time as a senior vice president at United Jewish Communities, now known as the Jewish Federations of North America. But in June 2021, as a member of then-Prime Minister Naftali Bennett’s coalition government, he was tapped for Israel’s top role working with the diaspora — and immediately faced an unprecedented crisis.

Days after the collapse of a residential building complex in Surfside, Fla., home to a sizable Jewish community, Shai, who served as a member of the Knesset for the Labor party from 2009-2019, arrived to South Florida with a team from Israel’s Homefront Command’s Search and Rescue unit, who assisted in rescue-and-recovery efforts. Shai himself was there to show support and comfort to the Jewish community there.

“It was my second or third week in the job, and I believe that it changed the course of the dialogue,” Shai told Jewish Insider. “The Jewish community suffered tremendous casualties, scores of people were killed and the fact that an official spokesperson from the State of Israel came, stayed with them, spoke to them and addressed them in their synagogue sent a message that we hadn’t thought so important before. The feedback I got was that it mattered to them very much.”

In the year and a half since Shai parachuted in to support a grieving Jewish community, his work — from providing support to Jews fleeing the war in Ukraine to pushing Israelis to pay attention to the rise in global antisemitism to launching initiatives bridging the gaps between Israeli and Diaspora Jews — has focused on changing the way the Jewish state views the global Jewish community.

Days before the government he has been a member of is replaced by the incoming government of long-serving leader Benjamin Netanyahu, Shai talked to JI about his concerns for Israel-Diaspora relations under the new coalition, his achievements while in office and his steadfast belief that it is time to change the nature of Israel-Diaspora relations and for Israelis to start asking Diaspora Jews “what they need from us.”

“The very fact that an official representative of the government of Israel was asking Jews in the Diaspora this question was a revolution,” Shai, who founded and co-chaired the Knesset caucus to strengthen Israel-Diaspora ties, said. “There are eight million Jews in the Diaspora and whether they are under pressure from antisemitism, or living full and happy lives, they should be on our radar screen, and we should look at them, work with them, help them and see them as members of our own family.”

“And this should be done as a governmental obligation, not as a just ‘It’s a nicety,'” he added. “It’s something we have to work for, and that’s the difference in the relationship between Israel and [the] diaspora at this stage.”

Shai, who spent two years prior to his posting as minister as a visiting professor on U.S. college campuses, said that such an approach was critical, particularly in dealing with the surge of antisemitism worldwide — and in the U.S. He said he would like to see Israel, and his ministry in particular, spearheading an international effort to combat antisemitism.

Shai’s delicate and sensitive approach to working with Diaspora Jewish communities is one that was not always adopted by his predecessors in the role, and he is very concerned at the lack of compassion and sensitivity already being displayed by the new government – a coalition of right-wing parties.

“As far as I know, there is not any candidate for the ministerial position, but that’s the least important concern,” he said. “What is more important is that they are trying to adapt the same mode of operation to the relationship between Israel and Diaspora that they applied internally in the country.”

Voices within Netanyahu’s coalition have expressed a desire the change key aspects of the Law of Return, a unique immigration law that grants anyone with one Jewish grandparent the right to citizenship, overthrow recent recognition of non-Orthodox conversions to Judaism and dismiss non-Orthodox claims to alternative or pluralistic prayer at Judaism’s holiest site, the Western Wall in Jerusalem.

“The Diaspora was not a player in the election campaigns and no Israeli was asked to vote on the question of [non-Orthodox] conversions, the Kotel or changing the Law of Return, but now they [the new government] has so much power and are trying to apply the same momentum to the Israeli-Diaspora relationship, which is terrible,” Shai said.

“All denominations of Judaism should be treated the same way by the government of Israel, and specifically by this ministry,” said Shai, who lists among his achievements the establishment of a department for Jewish renewal, aimed at strengthening a handful of local organizations engaged in exploring what it means to be Jewish.

“I was hoping that this government will survive for three years,” lamented Shai in the interview, adding that visiting Jews in the Diaspora over the past 18 months made him realize that having such a diverse coalition consisting of right- and left-wing politicians, Jews and Arabs, including nine female ministers, “was so important for Jews outside of Israel.”

“So, I’m really going to miss it, not only as a politician, but also on a personal level, as I wonder where is my state is going and what it will mean for my children and eight grandchildren in the future,” he concluded.