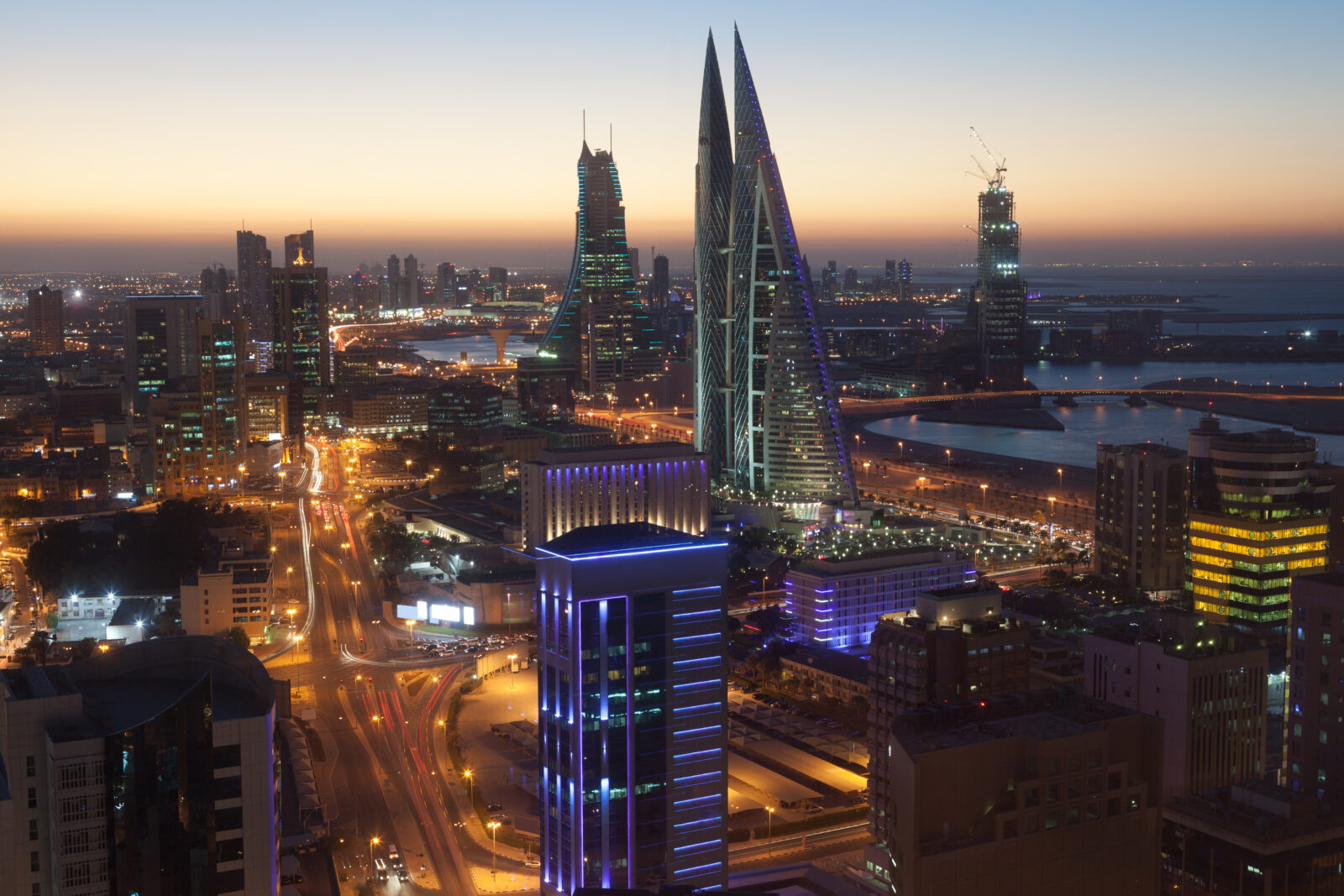 Bahrain’s business booster in the U.S. is a Jewish woman from Manama

As the tiny nation’s trade representative to the U.S., Rose Sager is tasked with bringing American investment to Bahrain

Rose Sager rarely leaves home without what she calls her “Bahrain bag.” It’s a tote bag that says “Bahrain,” something a tourist might bring back from the tiny Gulf nation. It was, for Sager, a conversation piece: As Bahrain’s trade representative in the U.S., her job is to convince American companies to do business in her home country.

Even in the unfriendly underground world of the New York City subway, people sometimes ask her about it. Usually, they’re just wondering what Bahrain is. One time, she stayed in touch with a person who asked her about Bahrain and, after hearing from Sager about it, went to visit on vacation. “I find that fascinating to this day,” Sager explained to Jewish Insider recently, in her first interview with an American publication.

Being Bahrain’s biggest booster is part of Sager’s job description. But unlike nearly three-quarters of her fellow Bahrainis, Sager is not Muslim. As a member of the country’s Jewish community, she is not just in the minority; the country has roughly three dozen Jews out of a population of 1.7 million people.

“We just blended into the country like every other religious affiliation. There were no differences,” said Sager. “It was just another group of people.”

When the oil-rich nation normalized ties with Israel two years ago as part of the Abraham Accords, the country came on the radar of many American Jews for the first time. It was not just Bahrain’s Jewish community that many Americans were now discovering; for many, Bahrain itself was an unknown, a little country in a far-flung part of the world.

“We’ve started spreading the word, and I feel like that made an impact,” said Sager. “You can go not to every state in the U.S. but to many, and they are now, I feel, more familiar with Bahrain than ever, especially after the Abraham Accords.”

Sager has lived in the United States since coming to New York for college more than three decades ago. But as much as she loved Bahrain, “I could not see going back to living in Bahrain the way it was then,” she said. “At that time, the tallest building in Bahrain was, I think, eight floors. It was a small, simple country, we all basically assimilated into one culture. Everybody knew one another.”

Now Manama, the country’s capital, is a small, if significant, regional business hub. But during Sager’s childhood — ​​her family lived just outside of Manama’s city center — life was quieter.

Her block was home to Jews, Muslims and Hindus, and they visited with each other during their respective holidays.

“We practiced our religion freely, all of us in our homes, because the synagogue was not used at that time,” Sager said. On Hanukkah, “we lit the candles, and our Muslim friends were invited to come. On Passover, we would send over our homemade matzah.”

The same happened on Muslim holidays. Jewish families were invited to Muslim neighbors’ homes for Iftar during Ramadan. “During Eid, it was a real celebration and you’d go to different homes and wish them well and wish them happy holidays,” she recalled. “A lot of people that went to Hajj [the pilgrimage to Mecca] and come back; you did a special visit to their homes and say the blessing because they came back from the Hajj. We never felt different. We just felt like we are part of the community celebrating their holiday as much as they celebrate our holidays with us.”

Bahrain was once home to some 1,500 Jews. But after Israel was established in 1948, most of the country’s Jews left for Israel or England due to antisemitic violence in the country. By 1967, when another round of riots broke out following the Six-Day War, just a few dozen Bahraini Jews remained — Sager’s family among them.

The country’s diplomats emphasize the kingdom’s commitment to tolerance and openness, which sets it apart from other Gulf states like Saudi Arabia, a close ally.

“In some ways, it is more surprising to non-Bahrainis that Bahrain appointed a Jewish ambassador and a trade representative,” said Houda Nonoo, a Jewish woman who served as Bahrain’s ambassador to the U.S. from 2008 to 2013. “It does not stick out to Rose or me or Bahrainis in general that we would be appointed to our roles.” The two women are cousins.

When Sager arrived in Manhattan to study at City University of New York, it was a “major, major culture shock,” she said, but she loved Manhattan. “Walking on Sixth Avenue, I remember looking at the high-rise buildings and saying, ‘Wow, I hope I get to work in one of those buildings one day,’” she recalled. “And I did. That was a dream for me, to be able to work in New York City in one of the high-rise towers.”

As Sager tells it, she got the job at the embassy almost by accident, after years spent in the finance industry and then the airline industry. She was back visiting Bahrain with her children the same summer that Washington and Manama were negotiating a free trade agreement, which was ratified by Congress before taking effect in 2006. “I always loved the country, really deeply have a lot of respect and admiration for the country, for the leadership, and I guess they heard me talking,” she said. “So somebody said, ‘Why don’t you apply for a position?’” Months later, she was hired.

“I was given the position of promoting Bahrain and telling this country a lot about it. It was to promote the free trade agreement and all the business benefits,” said Sager. To start, she attended any business event or convention she could find in the tri-state area. Sometimes, she knocked on businesses’ doors to see who would talk to her.

“She goes out of her way. She goes from one state to another to promote Bahrain and to talk about Bahrain,” said Sahar Hakeem, the assistant to Bahraini Ambassador to the U.S. Abdulla Bin Rashid Al Khalifa.

Sager has served four ambassadors, something of a rarity in the diplomatic world. “I always enjoyed traveling with her around the country,” said Nonoo, who noted that Sager stuck to something of a uniform: She wore a red and white dress that looked like the Bahraini flag. “She has an incredible way with people that when she talks about Bahrain, it makes you want to book the next flight to come.”

One Florida business leader did. Al Zucaro, president of World Trade Center Palm Beach, met Sager on a Zoom call last year; the next day, they were having lunch. (Like many New Yorkers, Sager eventually got tired of the fast-paced city and the cold and moved to Florida, although she still works throughout the Northeast.) Months later, Zucaro helped her organize a business delegation from Palm Beach County to Bahrain.

“I am of the opinion, this is a personal comment, you don’t know someone until you visit them in their home. So I committed to putting together a delegation of people to travel to Bahrain,” Zucaro told JI. Sager has clearly worked her magic on him: “I think that Bahrain,” he added, “is an incredibly unrealized opportunity for a lot of businesses in the United States.” 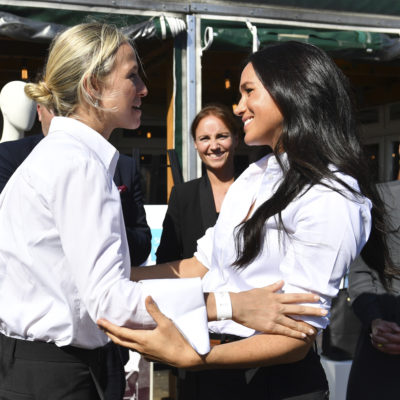 all in the family

Trade between the U.S. and Bahrain in 2019 totaled $4 billion, according to the Office of the U.S. Trade Representative. Bahrain is one of only two Gulf nations (along with Oman) with which the U.S. has a free trade agreement, and Sager touts the ease with which foreign businesses can set up shop in Bahrain. “When they come in and set up a business, I feel like we give them the red carpet treatment. There’s no red tape,” she explained. The desert nation has become a hub for cloud computing, attracting major investments from Amazon Web Services in recent years.

Zucaro said about 40% of the participants on his delegation came back from Bahrain with business opportunities. The welcoming business environment is important, he said, but that there’s a certain cultural appeal as well: “The religious freedom, the respect for female participation, all of that… Rose is the epitome of that,” he said.

Sager is used to American misconceptions about her home. “Number one is fear,” she said. “I get a lot of things like, Is it safe? Are we allowed to be dressed like this, or do we have to cover up? Can a woman travel by herself there?” (Yes, yes and yes, according to Sager.)

Despite the country’s acceptance of Jewish Bahrainis, for many years Bahrain and Israel did not have a diplomatic relationship. Sager said that unlike in some other Arab nations, Bahraini schools identified Israel on a map, implicitly acknowledging its existence. But Israel was rarely discussed by Jewish Bahrainis.

“After the wars, a lot of the Jewish community moved to Israel, and, sadly, there was no direct communication with them, like even some family,” Sager said. In the summers, her family would meet Israeli family members in England.

When she heard the news about the Abraham Accords, “it was a major surprise — a pleasant surprise,” noted Sager, who said the news came as a relief. “I never thought I would have a flight going from Manama to Tel Aviv, that was never in my wildest dreams,” she said.

The increased international Jewish interest in Bahrain since the Accords has been reflected in the country’s Jewish life. Former White House special advisor Jared Kushner donated a Torah scroll to the reopened Manama synagogue. A year ago, the synagogue held its first minyan since 1947. And in October 2021, the first Jewish wedding in 52 years was held in the country, for Nonoo’s son. “The direct flights from Israel started the week before, and luckily we were able to bring in the mashgiach on one of those flights as well as the kosher meat and wine from Israel,” Nonoo said.

On Sager’s most recent visit to her home country, she stopped by the Manama synagogue that had been shuttered for most of her life. “We had some Muslim people there, one actually read from the Torah in Arabic, because we have a Torah there that was translated,” said Sager, who grew up reading Jewish prayers in Arabic, not Hebrew. “I spoke to the visitors that were coming in from different nationalities, even some from the U.S. Navy that just came to see and sit through the service. We had tourists from Israel, and European tourists.”

Sager has yet to visit Israel, but it’s a priority for her. “I would love to visit the Bahraini Embassy. I just think that is so, so amazing,” she said. “Never did I dream of that happening.”