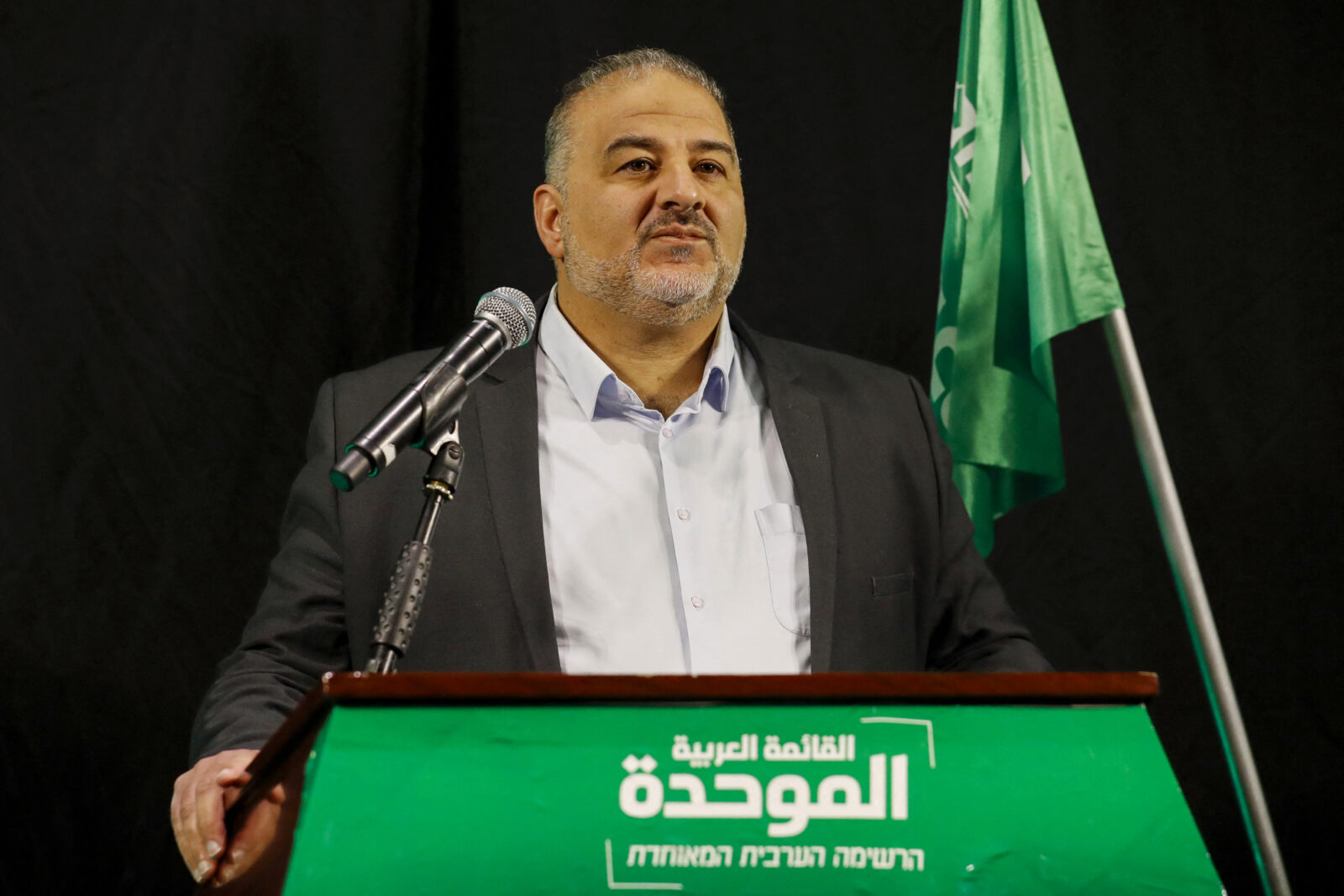 Last year, Abbas made history as the first Arab-Israeli political leader to join an Israeli governing coalition. This fall, voters will decide if he's gone too far for his own supporters, or not far enough

On one of the most frenzied days this week in Israel’s already turbulent Knesset, as coalition and opposition lawmakers debated the fine points of dissolving the country’s parliament once again and wrangled over a flurry of last-minute legislation, Arab-Israeli lawmaker Mansour Abbas, leader of Ra’am (United Arab List), sat calm and collected in his nondescript, sparsely decorated basement-level office.

Even as the government he helped create and sustain through the past year collapsed around him, and even as he now finds himself in the eye of the political storm — with Israelis, both Jewish and Arab, divided over the participation of an Arab faction in the national government — Abbas remains clear-headed and confident in his conviction that Arab-Israeli citizens must embrace their civic identity and seek representation in Israel’s leadership.

“On one hand, it’s the fundamental right in every democracy,” Abbas told Jewish Insider in an interview on Tuesday. “On the other hand, the Arab community has real needs that were not dealt with by previous governments, and Arab Knesset members did not have any influence to deal with those problems.”

It is on the latter point that Abbas, 48, has focused over the past year. Even as Jewish members of the government squabbled and quit, weakening the coalition and ultimately bringing it to collapse, Abbas, whose party represents the political wing of the Islamic Movement in Israel, has worked diligently to improve the quality of life for Israel’s 1.9 million Arab citizens, roughly 21% of the country’s population. At the same time, he has made clear that Jews and Arabs must work together for the greater good of the country.

Soaring crime rates and violence that often spills into the Jewish community, a shortage of housing and a failure to recognize an unknown number of Bedouin villages in the Negev region are some of the many issues that have left the Arab community in Israel feeling insecure and created deep social, economic and educational gaps between Israel’s Arab and Jewish sectors.

“We’ve been complaining a long time about these problems, but we only did so from the opposition, without the ability to influence the decisions,” said Abbas as he explained his dramatic decision in June 2021 to break with years of Arab-Israeli political resistance and join Prime Minister Naftali Bennett and Foreign Minister Yair Lapid in forming a government.

“I wanted to stop demanding and start doing, but it is only possible to do those things if you are in the coalition; when you are part of the government you are closer to those making decisions,” he continued.

It was a political gamble. Never in Israel’s 74 years has an Arab party, let alone one comprised of Islamists, become part of the ruling coalition. And while Abbas and his faction have seen some success in tackling crime and securing funding for the community, it is the very act of being part of the government in the Jewish state that will now be examined and debated as Israelis head once again to the polls.

On Thursday, legislators voted to dissolve the parliament and hold a general election — the fifth in less than five years — on Nov. 1. The outcome will depend, in large part, on whether Abbas has proved to his own community, as well as to Israeli Jews, that his unprecedented partnering experiment has been positive.

Afif Abu Much, a political commentator on Arab-Israeli society, said there was wide recognition among local mayors and community leaders of Abbas’ achievements and awareness of challenges that still need to be addressed, despite deep divisions within the community itself. 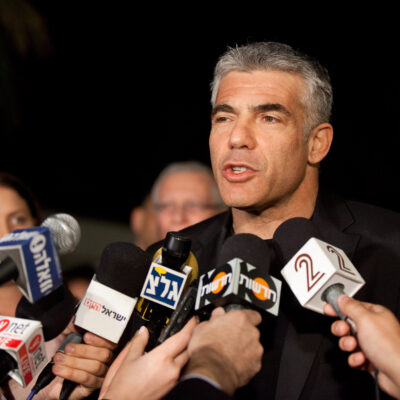 Many Arab-Israelis “want to be part of the coalition and the government,” he said, adding, “I would not be surprised if after the next election, Abbas asks to be a minister.”

As to the conflict with the Palestinian, which for decades has dominated much of the political discourse among Arab-Israeli citizens, who identify with and are often related to Arabs living in the West Bank, Abu Moch said it was a less dominant factor than in the past.

“This does not mean that Arab society supports the settlers,” he said of the Israeli communities that live in the West Bank. “It’s just that we have many of our own crises that we need to contend with.”

Michael Milshtein, head of the Palestinian Studies Forum at the Dayan Center in Tel Aviv University, noted that “The discourse within Arab society about this experiment is still ongoing.”

“There is a reduction in crime and there are more budgets, but the most important impact is that the Arabs are now part of the circle of decision-making for the first time since 1948,” he told JI.

Milshtein said the importance of Abbas’ participation in the government could not be underestimated. “It opened the gates to the decision-making process and if that gate closes, there will be lots of disappointment,” he observed. “Arabs want to be part of society, especially the young people who put civil considerations ahead of ideological or any other considerations.”

“It is also very important for Jews,” added Milshtein. “We can’t just look at the political discourse on whether this succeeded or not, we must also look at the broader reality and its impact on relations between Jews and Arabs in Israel – if he [Abbas] collapses, it will have much deeper implications on whether we can continue to coexist.”

A survey published last week by the University of Haifa showed that around two-thirds (roughly 68%) of Arab Israelis somewhat approved of the inclusion of Arab political parties in Israel’s government, and more than half felt conditions for the community had improved over the past year. However, a poll carried out this month by Israel’s Channel 12 News found that 56% of Jewish Israelis said they were against such collaboration.

In addition, polls taken in recent days show Ra’am hovering at the electoral threshold, indicating there is a small chance that Abbas will not secure enough votes to remain in the Knesset.

Arik Rudnitzky, a researcher at the Israel Democracy Institute, told JI that while Abbas has the automatic support of the Islamic Movement, which brings him just under the threshold, he will need to work hard to convince a few thousand additional voters that “it is worthwhile to continue his political gambit.”

“No one disregards Ra’am’s achievements but at the end of the day, Arab voters do not vote from a calculated political decision; it is more from an emotional perspective and there is a general distrust of the government,” he said.

“All in all, the main achievements are not about physical or immediate results,” continued Rudnitzky. “It is about the change of attitude in the Arab political arena and the way the Jewish majority perceives the potential political partnership with Arab parties.”

“This is an important part of the political discourse in Israel,” Rudnitzky continued, adding that Ra’am proved to be a “reliable political partner,” and will likely be sought after by whomever emerges victorious from the next election.

From his basement bunker, Abbas made clear that he is a willing partner for whoever Israel’s next leadership might be – if they accept him – including a government headed by former Prime Minister Benjamin Netanyahu, who currently leads the opposition.

“My goal is to create a partnership that will make a difference,” he said, acknowledging that his decision to partner with Israel’s government pushed both communities – Jews and Arabs – out of their comfort zones.

“It wasn’t comfortable for either of them to confront this question of partnership,” Abbas continued. “But in Ra’am we say that we do not need to agree on everything, we can have partnerships even with disagreements.”

He is acutely aware that the question of whether it is legitimate or not for an Israeli government to include an Arab party will be a primary factor in the upcoming election. Both Jewish Israelis and Arab Israelis will debate this point, predicted Abbas, shrugging off as merely tactical the attacks he receives almost daily from both ends of the political spectrum.

Throughout his interview with JI, Abbas fielded phone calls from concerned friends and neighbors who heard about a security alert at his family home in the Galilee village of Maghar. The police were securing the area, he said.

Earlier in the week, Abbas also noted, members of Netanyahu’s Likud party accused him of being antisemitic — part of an ongoing campaign to label him as a supporter of terror and undermine the ruling coalition.

Abbas remains pragmatic about the threats and attacks, acknowledging that for the most part it is only politics. The easiest way for the opposition to attack or embarrass the coalition, he said, is to make claims against Ra’am and conveniently ignore his steady support for the government, his recognition of Israel as a Jewish state and his condemnations of the multiple terror attacks that took place in Israel during the spring.

“Not everyone understands yet why this is such an important step for all the people of Israel,” Abbas said, referring both to those who attack him and those who brought down the coalition in part because of his presence.

And, he said, he would do it again if he gets the chance, even joining with those who have been his fiercest opponents.

If there is one thing he learned over the past year, “it’s that there is always a way to solve any disagreement without having to resort to violence,” he said, adding, “We believe that we can bring the sides together and find a solution to the conflict between Arabs and Jews… what we are doing is a model for other places and we have an important role.”

In practical terms, Abbas understands there is little choice.

“There is no magical button to eject either Jews or Arabs from this place, we all need to live here together,” said Abbas, referring to recent comments by former Religious Affairs Minister Matan Kahana about expelling the Arab population to Switzerland (Kahana later apologized for the comments).

“Jews and Arabs need to live here together. No one is going anywhere,” he continued. “We have the option to build this place up and we need to find tolerance for one another and to accept each other.”

Quoting verses from the Quran, Abbas emphasized the word “rahma,” the root of both the Hebrew and Arabic word for mercy or compassion, which also stems from the word for “womb.”

“It’s the place where all human beings originate,” he said. “In the end, we all have that in common.”

“Instead of fighting, we need to think about how we can work together,” concluded Abbas, adding, “Religion does not need to be what separates us, it can be the thing that brings us together, and I believe that we can find unity while at the same time keeping our religious and national identities.”