‘The odds of a successful deal are lower than the odds of failure,’ Malley says of Iran talks

In rare public testimony, the Iran negotiator confirmed reports that talks are on the rocks and that the U.S. will not lift the IRGC’s terrorism designation 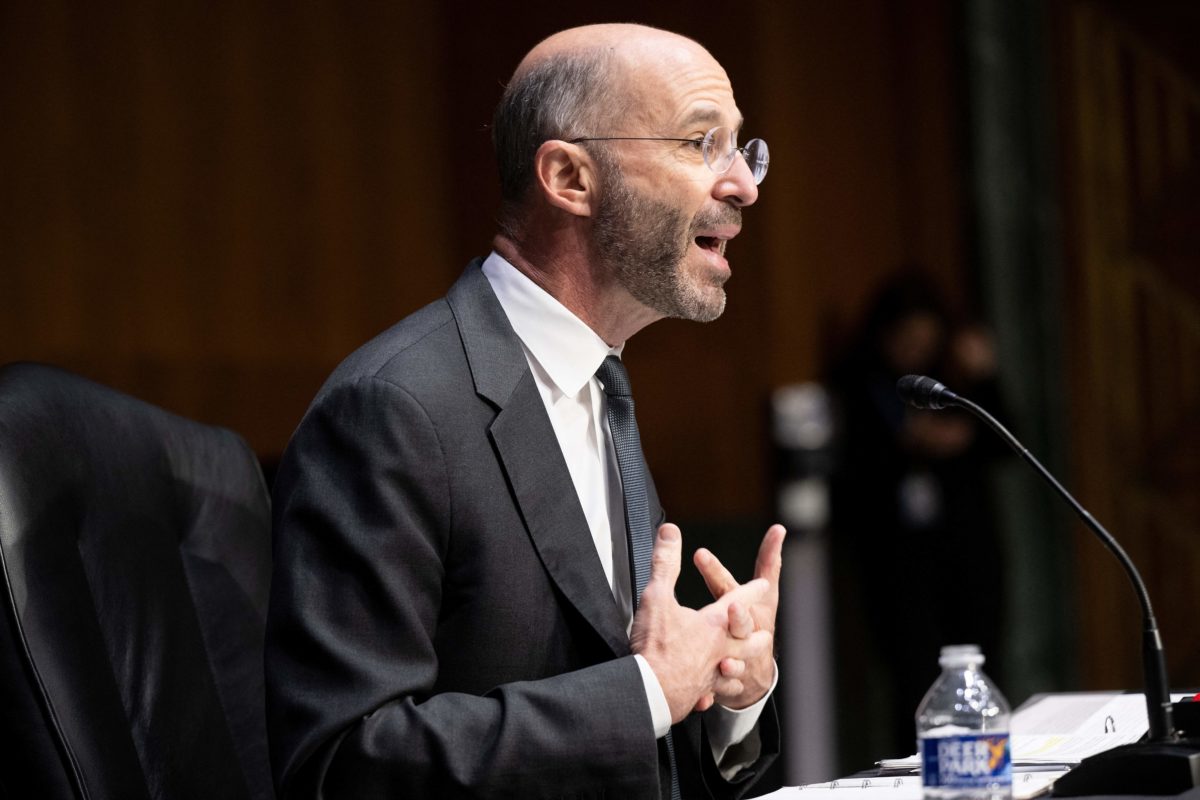 Robert Malley, Biden administration special envoy for Iran, testifies about the Joint Comprehensive Plan of Action during a hearing of the Senate Foreign Relations on Capitol Hill on May 25, 2022, in Washington, D.C.

Rob Malley, the U.S. envoy for Iran, said on Wednesday that the prospects for reaching a new nuclear agreement with Iran “are tenuous at best” and pledged that, should the Biden administration reach a new deal with Tehran, it will submit such an agreement for congressional review.

“The odds of a successful deal are lower than the odds of failure,” Malley told the Senate Foreign Relations Committee in rare public testimony about the state of negotiations in Vienna. “If Iran maintains demands that go beyond the scope of the [Joint Comprehensive Plan of Action], we will continue to reject them, and there will be no deal. It is not our preference. But we are fully prepared to live with and confront that reality, if that is Iran’s choice.”

Malley also confirmed a report on Tuesday that President Joe Biden had committed not to lift the Islamic Revolutionary Guard Corps’ terrorism designation.

“I think that sticking point has in some ways been resolved in the sense that we’ve made clear to Iran that if they wanted any concession on something that was unrelated to the JCPOA, like the [Foreign Terror Organization] designation, we needed something reciprocal from them that would address our concerns,” Malley said. “They have to decide now, are they prepared to reach a deal without extraneous demands?”

After questioning Malley, Sen. Chris Murphy (D-CT), one of the most prominent Senate backers of diplomacy with Iran who has argued that the designation is largely cosmetic, said that it was “difficult to make the case that the sanctions on the IRGC have had an impact.”

“I’ve always been willing to entertain the idea that we could lift that sanction in exchange for Iran recommitting itself to the nuclear agreement,” Murphy told Jewish Insider after the hearing. “If you can get a deal without having to lift that sanction, then good for the administration.”

Malley confirmed that the administration would submit any deal reached for congressional review under the Iran Nuclear Agreement Review Act (INARA), which had been a lingering question for many critics of the negotiations.

He also said that, under current conditions, Iran would likely see a cash influx of about $5 billion if sanctions are lifted.

Malley was asked by multiple legislators when the U.S. might exit talks — and confronted with January comments by Secretary of State Tony Blinken that the benefits of reentering the deal could become moot within weeks.

“I apologize, it is true that we have said things in the past,” Malley said, walking back Blinken’s prior remarks. “We’re prepared to get back into the JCPOA for as long as our assessment is that its nonproliferation benefits are worth the sanctions relief that we would provide.”

His responses did not placate senators who grilled him on the issue.

“It’s wrong. It’s time to be over with. They told us [at] the first of the year that if they didn’t have an agreement in a few months, they’d walk away. It’s time to keep that commitment,” Ranking Member Sen. Jim Risch (R-ID) told JI. “Iran hasn’t changed its conduct. Negotiations are stalled. Nothing’s moved. It’s time to end this and move on.”

Malley pushed back on concerns about Russia’s involvement in the nuclear talks given its invasion of Ukraine, claiming that some depictions of Russia’s involvement are built on “pure fantasy.” He also said that parties are exploring alternatives to Russia serving as a custodian of Iran’s enriched uranium under a potential new deal.

“Russia has not played a central role in these negotiations,” Malley said. “I think our European allies would take offense at hearing that. They have been in the driver’s seat. They are the ones who’ve been negotiating.”

Malley said he could not publicly discuss the specifics of the U.S.’s “Plan B,” if nuclear talks fail, but said the U.S. had taken “no option off the table.” He added that military strikes and sabotage could not permanently end Iran’s nuclear program.

Alternatives to a deal, he suggested, would include continued work with European allies, Israel and Gulf partners — including improving defenses, bomber overflights, maritime security and “if necessary…defensive strikes” — and intensified sanctions. Malley noted that such actions would continue “regardless of whether we get back into the JCPOA.”

Dennis Ross, the William Davidson Distinguished Fellow at The Washington Institute for Near East Policy, told JI after the hearing that Malley’s “pessimism” about the deal, desire to work with allies and recognition of regional threats “gives [regional partners] a hook to raise their concerns or requests with the administration.”

“I hear from many of our regional partners that they are looking for more tangible steps and material support from us to counter the Iranian threats,” Ross explained.

Several senators argued that the administration should abandon nuclear negotiations.

“It’s time to be talking about those options in a public setting,” Risch told reporters. “Plan B ought to be that we leave the negotiations and move forward on very, very strong, strict sanctions, which aren’t really happening now as much as they should be.”

Risch also speculated that Israel would be able to terminate Iran’s nuclear program.

“I would hope that [the Biden administration] would be implementing a Plan B by now,” Sen. Ben Cardin (D-MD) told reporters. “I think they have strategies. Is it as defined and advanced as I’d like to see it? I’d have questions about that. But I do believe they have a strategy.”

Committee Chair Bob Menendez (D-NJ) told reporters the administration must do more on “internationalizing” U.S. sanctions against Iran, “show the military capabilities that we have,” and “organize a very clear response” to Iranian drone attacks on U.S. forces and partners.

Menendez also questioned Malley’s characterization of the administration’s rhetoric about seeking a “longer and stronger” deal with Iran.

Malley said the “longer and stronger” policy meant seeking a follow-on agreement after reentering the initial JCPOA. Menendez questioned why such a follow-on agreement would be possible given that it did not come about during the original term of the JCPOA, when the agreement’s sunsets were much farther afield.

Asked whether the administration would push the International Atomic Energy Agency to censure Iran at its June 7 meeting, Malley said the question was under discussion with U.S. allies but did not specify the administration’s position.

“We’ve gone through several years of a real-life experiment in the very policy approach critics of the JCPOA advocated,” he said. “The simple fact is this: As a means of constraining Iran’s nuclear program, the JCPOA was working. Leaving it has not.”

He also repeatedly cited comments by former Israeli security officials who have come out in favor of the original deal.

The Trump administration’s efforts failed, Malley continued, because “the sanctions were unmoored from any realistic diplomatic objective.” He insisted, however, that the Biden administration had not lifted any sanctions imposed by the previous administration, and had imposed 150 additional sanctions.

Malley also insisted that that Iran had been in compliance with the JCPOA, adding, “Please don’t take my word for it, you could ask the IAEA, which certified on numerous occasions… even the former administration had to certify that Iran was in compliance and it did so repeatedly until it decided to leave the deal.”

Sen. Todd Young (R-IN), who asked Malley about JCPOA compliance, argued that the administration was ignoring the facts on that issue.

“They just need to pick up the Wall Street Journal today and read the reports of noncompliance,” he told reporters, referencing a report that Iran had obtained internal IAEA reports in the early 2000s and had given them to top Iranian officials, who use the information to falsify records and create cover stories regarding the extent of Iran’s nuclear work. “I think they need to listen to the head of the IAEA, which says that Iran has been non-compliant with international inspection regines. I think the administration should revisit its strategy in light of reality, not in light of what they wish reality would be.”

“If you find a product that you think is better than what’s going on right now, bring it to Congress and let Congress own it,” Kaine said. Under INARA, Congress would not be voting to approve the deal — the deal would go into effect by default unless Congress musters the requisite majority of the House and 60 Senate votes to explicitly disapprove of it.