On visit to Israel, Heather Johnston touted the ‘grassroots’ economic projects between Israelis and Palestinians spurred by the congressional legislation 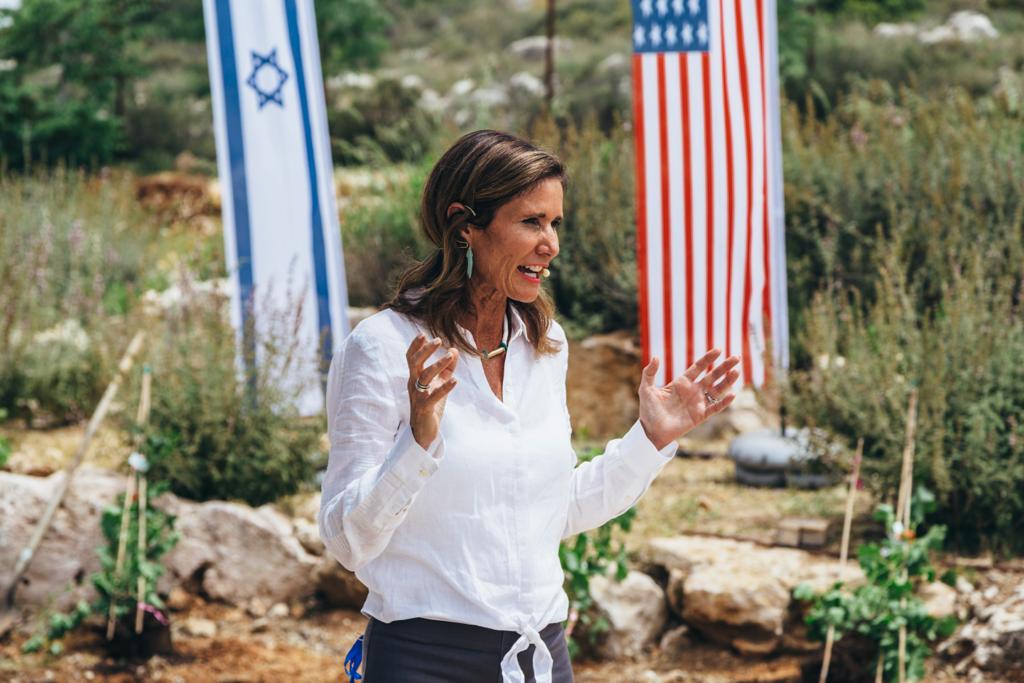 The Nita M. Lowey Middle East Partnership for Peace Act (MEPPA), with its strong bipartisan support in Congress and focus on people-to-people relations, signifies a clear shift in U.S. policy in dealing with the Israeli-Palestinian conflict, one of the newly appointed members of the board that advises the fund told Jewish Insider in an interview last week.

Heather Johnston, who was visiting Israel in her role as founder and executive director of the U.S. Israel Education Association, an organization that fosters communication between American and Israeli leaders, said the strength of the $250 million aid package is that it circumvents the Palestinian Authority and goes directly to the nonprofit organizations that are facilitating on-the-ground grassroots programs.

“It doesn’t take a two-state solution off the table,” Johnston, who led a congressional delegation to Israel last week, told JI. “What it does is to prioritize grassroots and economic developments.”

MEPPA, which was signed into law in December 2020, aims to advance peaceful coexistence between Israelis and Palestinians, as well as joint economic ventures that aim to enable a sustainable two-state solution. Broadly supported in Congress, with some 43 Democratic and 20 Republican co-sponsors, the act was passed after the U.S. cut more than $200 million in aid to the Palestinians during the Trump administration, partially due to a deteriorating relationship with the Palestinian Authority leadership. 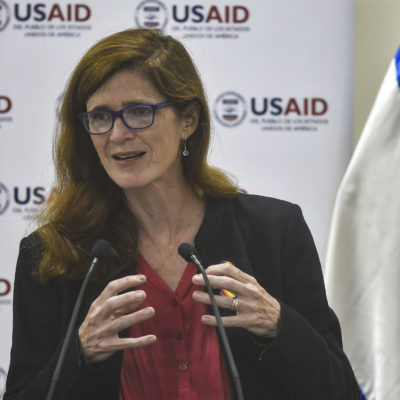 First MEPPA award grants announced as board fills out

Two funds were established under the act, with allocations to be made over a five-year period. The first round of funding was announced in March, with grants to “support Palestinian and Israeli private sectors to build partnerships, increase economic growth, and lay the foundation for peace through people-to-people programs,” according to a March 8 announcement by USAID, which implements the program together with U.S. International Development Finance Corporation (DFC).

“It’s an incredible opportunity – it is one of the largest aid packages for people-to-people programs,” said Johnston, who was appointed by Sen. Richard Shelby (R-AL) to MEPPA’s board, which met last month for the first time and is charged with offering guidance and suggestions on potential projects but does not get to vote on which projects are ultimately approved.

“There is a real desire in everybody’s hearts to see MEPPA succeed and to be able to, at the end of the day, report back to Congress on how these funds were applied toward people-to-people projects,” she continued.

Johnston, who founded the U.S. Israel Education Association more than a decade ago, said she was in Israel primarily in her capacity as the organization’s president, but that her work bringing members of Congress on educational tours to Israel has been helpful in “informing me as to how to think about MEPPA.”

“We have been bringing senior leaders of Congress to Israel for the last 10 years, traveling through Judea and Samaria, where the resounding and recurring discovery is the importance of a grassroots movement to build a robust economy,” she said, adding that it was important not to provide separate aid only to the Palestinians, but to make sure that funding went toward shared Palestinian and Israeli projects and businesses.

“Right now, a political solution [to the Israeli-Palestinian conflict] is off the table, so the question is what can we do?” explained Johnston. “The answer, we believe, as do many in the U.S. Congress now, is economic.”

Johnston pointed to the handful of joint industrial zones that dot the West Bank, which her group visited during its weeklong trip, and emphasized how they enabled Israelis and Palestinians to work alongside one another and develop businesses together. She said they were a good model that must be developed further.

Harris recently signed onto a letter led by Reps. Joaquin Castro (D-TX) and Gus Bilirakis (R-FL), which stated that Israeli perpetrators of attacks on Christians and Christian sites in Jerusalem are “able to act with impunity.”

Johnston, who last year published, Uncommon Favor: The Intentional Life of a Disciple, a memoir about her spiritual journey and love of Israel, said the delegation also met with top Israeli leaders, including Prime Minister Naftali Bennett and Defense Minister Benny Gantz, as well as with mayors and key business leaders in both Israeli settlements and Palestinian towns in the West Bank. The trip, she concluded, allowed them “to understand the demographic realities of Judea and Samaria and to discover the region for themselves.”