The letter calls on Biden to reach a more comprehensive agreement with Iran. 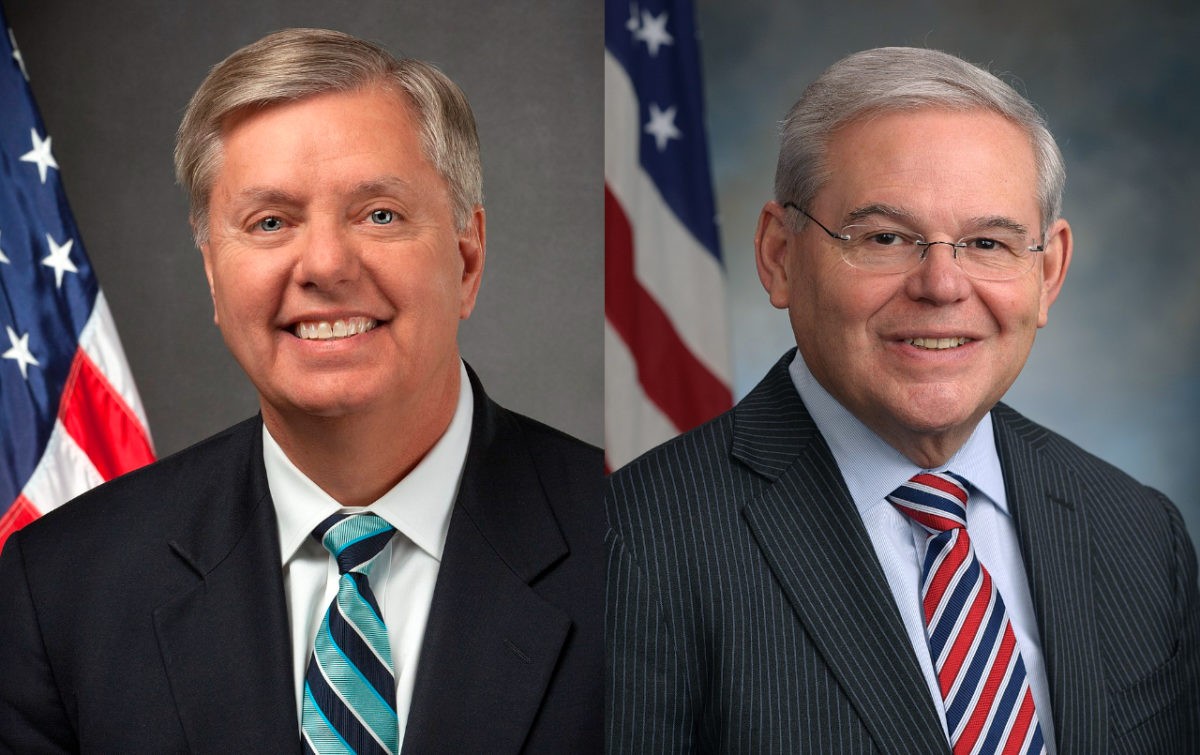 Forty-three senators, led by Sens. Bob Menendez (D-NJ) and Lindsey Graham (R-SC) — 28 Republicans, 14 Democrats and independent Sen. Angus King (I-ME), who caucuses with the Democrats — sent a letter to President Joe Biden on Thursday calling on him to reach a comprehensive agreement with Iran addressing its nuclear weapons program as well as its provocations in the Middle East and its ballistic missile program.

The letter calls on Biden to “use the full force of our diplomatic and economic tools in concert with our allies on the United Nations Security Council and in the region to reach an agreement that prevents Iran from ever acquiring nuclear weapons and meaningfully constrains its destabilizing activity throughout the Middle East and its ballistic missile program.”

The letter became a flashpoint between AIPAC and J Street, with AIPAC lobbying for the letter and J Street against it, according to a Senate staffer. The letter was one of AIPAC’s lobbying priorities during its virtual national council meeting last week, and spokesman Marshall Wittmann described it as “an important bipartisan statement.”

J Street lobbyist Dylan Williams said that his group “has deep concerns” that the letter “will be framed by opponents of diplomacy with Iran as demonstrating the signatories’ opposition to the Biden Administration’s compliance-for-compliance approach.”

Williams added that “it’s clear that the overwhelming view of Democrats in both houses of Congress” is that the U.S. should follow the Biden administration’s strategy of first returning to the 2015 deal and then negotiating further agreements.

While acknowledging that “Democrats and Republicans may have tactical differences,” including disagreements about the underlying 2015 nuclear deal and the Trump administration’s “maximum pressure” sanctions campaign, the letter emphasizes that the senators are “united on preventing an Iranian nuclear weapon and addressing the wide range of illicit Iranian behavior.”

It further calls on Biden to “prioritize” the release of Americans detained in Iran.

The letter doesn’t give specific recommendations on how the U.S. should approach Iran, including how, or whether, the Biden administration should continue the Trump administration’s maximum pressure campaign.

The letter does encourage Biden to work with allies in Europe, Israel and the Gulf to address Iran, and points to the Abraham Accords, which normalized relations between Israel and several Arab states, as a sign of progress for regional cooperation.

The Senate’s letter follows two bipartisan House letters which also called for more comprehensive agreements addressing a wider range of Iranian activities. It also comes as some Senate Republicans — including some who signed this letter — are advancing for legislation which would tighten congressional oversight over potential sanctions relief for Iran.