‘Palestine is basically a banned word. It’s censored,’ the New York congresswoman responded to a protestor at a weekend rally 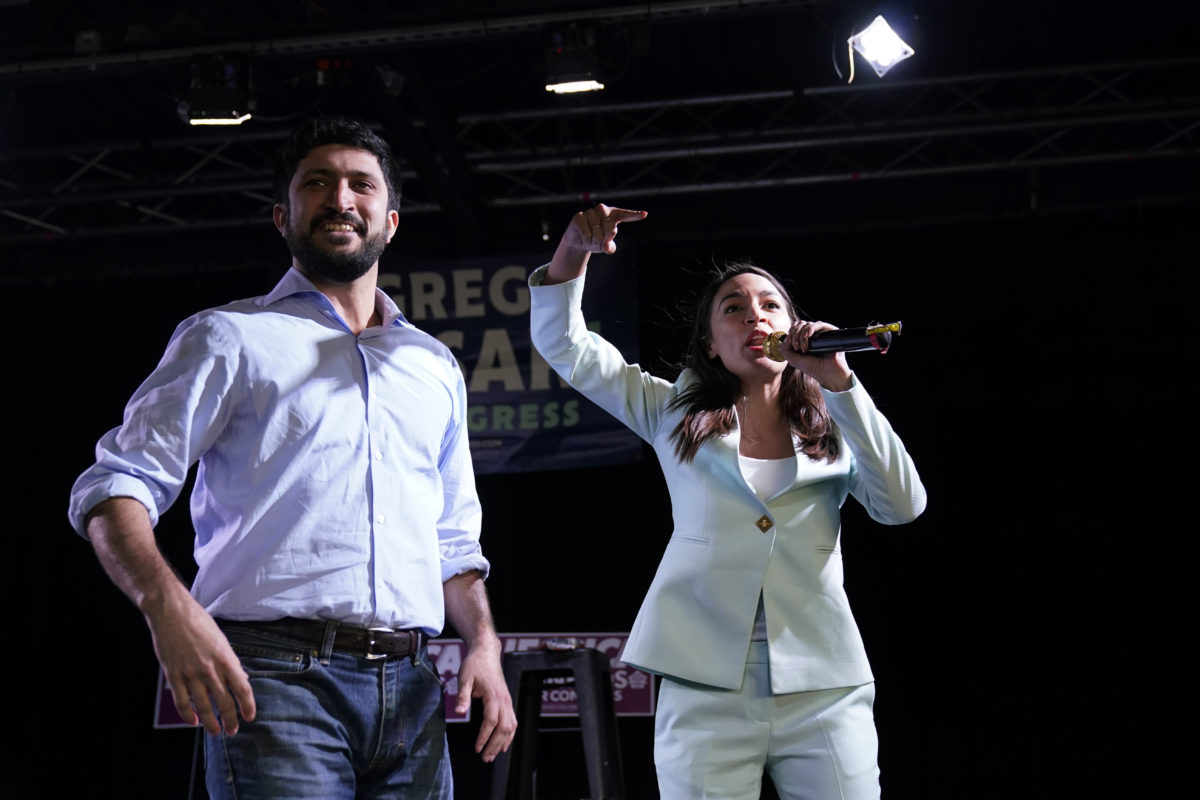 Rep. Alexandria Ocasio-Cortez (D-NY) was heckled by pro-Palestinian demonstrators at two separate events in Austin, Texas, on Sunday, while she was in the area to rally support for progressive congressional candidates Greg Casar and Jessica Cisneros.

Interrupted by a pro-Palestinian heckler at an Austin Democratic Socialists of America event promoting the Green New Deal, Ocasio-Cortez claimed that supporters of Palestinians are silenced and ignored by the media.

“With media, with all this stuff, Palestine is basically a banned word. It’s censored. We don’t talk about it. No one knows about it,” she said. “Thank you for bringing it up, honestly, because we shouldn’t have to tiptoe around these things. We should be able to talk about it. And we shouldn’t allow people’s humanity to be censored.”

A Twitter user who identified himself as the heckler and who posted video of a portion of the encounter is a contributor to Press TV, the state-owned Iranian English-language television network. Jewish Insider could not independently corroborate the heckler’s identity.

Ocasio-Cortez was also confronted by pro-Palestinian protesters at a separate campaign rally for Casar, the frontrunner in Texas’ 35th Congressional District, on Sunday.

Last month, Casar said in a letter to a prominent local rabbi that he supports “continued federal aid for the self-defense of Israel” and opposes the Boycott, Divestment and Sanctions movement. Following JI’s publication of that letter in early February, the Austin DSA announced that it would “no longer be working on” Casar’s campaign and that he had withdrawn his request for an endorsement from the group. 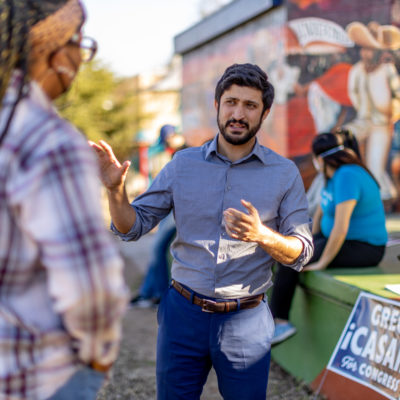 In Texas 35, Greg Casar outlines his approach on Israel and the Palestinians

When a heckler interrupted Ocasio-Cortez’s speech in support of Casar, the congresswoman responded, “I want to be unequivocal, we are here to stand up for the rights of Palestinians and Palestinian children. One hundred percent. Don’t get it twisted. Because disinformation is not the vibe.” That demonstrator was escorted out of the event, according to Austonia.

During both events, many in the crowd shouted down the hecklers.

A small group of demonstrators picketed the Casar event with signs reading, “AOC and Greg Casar support the genocide of Palestinians” and “from Texas to Palestine fight US imperialism,” according to photos posted by local reporters.

Casar has not spoken publicly about his Israel policy and was not on stage when the heckler interrupted Ocasio-Cortez.

In a video taken at the DSA event, Ocasio-Cortez appeared to reject the charges of antisemitism that have been leveled at the House’s most outspoken critics of Israel.

“Believing in the basic human dignity and the ability for a person to not be jailed or beaten for who they are, it does not mean that you are bigoted against any other community,” she said. “And we gotta call that for what it is.”

Ocasio-Cortez added, “We need to remember that the people who are taking those tough votes are disproportionately Black, brown and women members of Congress carrying the fire.”

She compared the situation of Palestinians to undocumented immigrants detained on the U.S.’s southern border, saying, “I don’t believe that a child should be in a cage on our border and I don’t believe a child should be in a cage in the West Bank.” Ocasio-Cortez’s office did not respond when asked on Monday to provide examples of children being imprisoned in cages in the West Bank.

The New York representative also argued that Palestinian advocacy must “reflect the community’s understanding and building of the issue.”

“If you want to make that reality happen, it’s not going to happen on the internet, y’all,” she said. “We need to educate people on what’s going on because a lot of us didn’t grow up in households where the issue is discussed… Let’s knock [on] the doors and make it work and raise the consciousness so that we can take those votes not against the will of our community but with the will of our community.”

She also decried those highlighting divisions within the progressive movement.

“We can’t get distracted with this internal fighting against one another… It has always been one of the leading threats to us being able to accomplish those goals,” Ocasio-Cortez said to loud applause from the crowd. She added that such discord “has been intentionally sowed throughout U.S. history… to make sure we slow down in the fight. So I will not run away from accountability, but I will not allow us to get distracted either.”

In a New Yorker interview published on Monday morning, Ocasio-Cortez also defended Marc Lamont Hill, who was let go as a CNN commentator after comments made at a United Nations conference in which he called for a “free Palestine from the river to the sea,” a rallying cry widely seen as a call for Israel’s destruction. 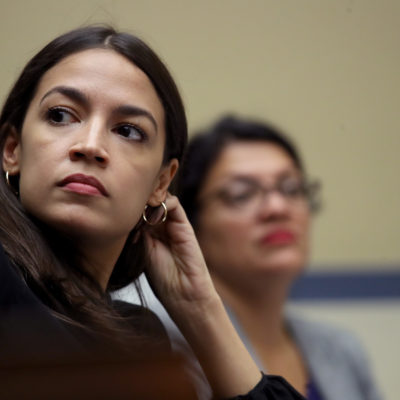 In the interview, the congresswoman called Lamont Hill a victim of “cancel culture.”

“​​You talk about cancel culture,” Ocasio-Cortez said. “But notice that those discussions only go one way. We don’t talk about all the people who were fired. You just kind of talk about, like, right-leaning podcast bros and more conservative figures. But, for example, Marc Lamont Hill was fired [from CNN] for discussing an issue with respect to Palestinians, pretty summarily. There was no discussion about it, no engagement, no thoughtful discourse over it, just pure accusation.”

The New York representative drew the ire of Israel critics last year when she changed her vote from “no” to “present” on a bill to provide $1 billion in supplemental funding for Israel’s Iron Dome missile-defense system.