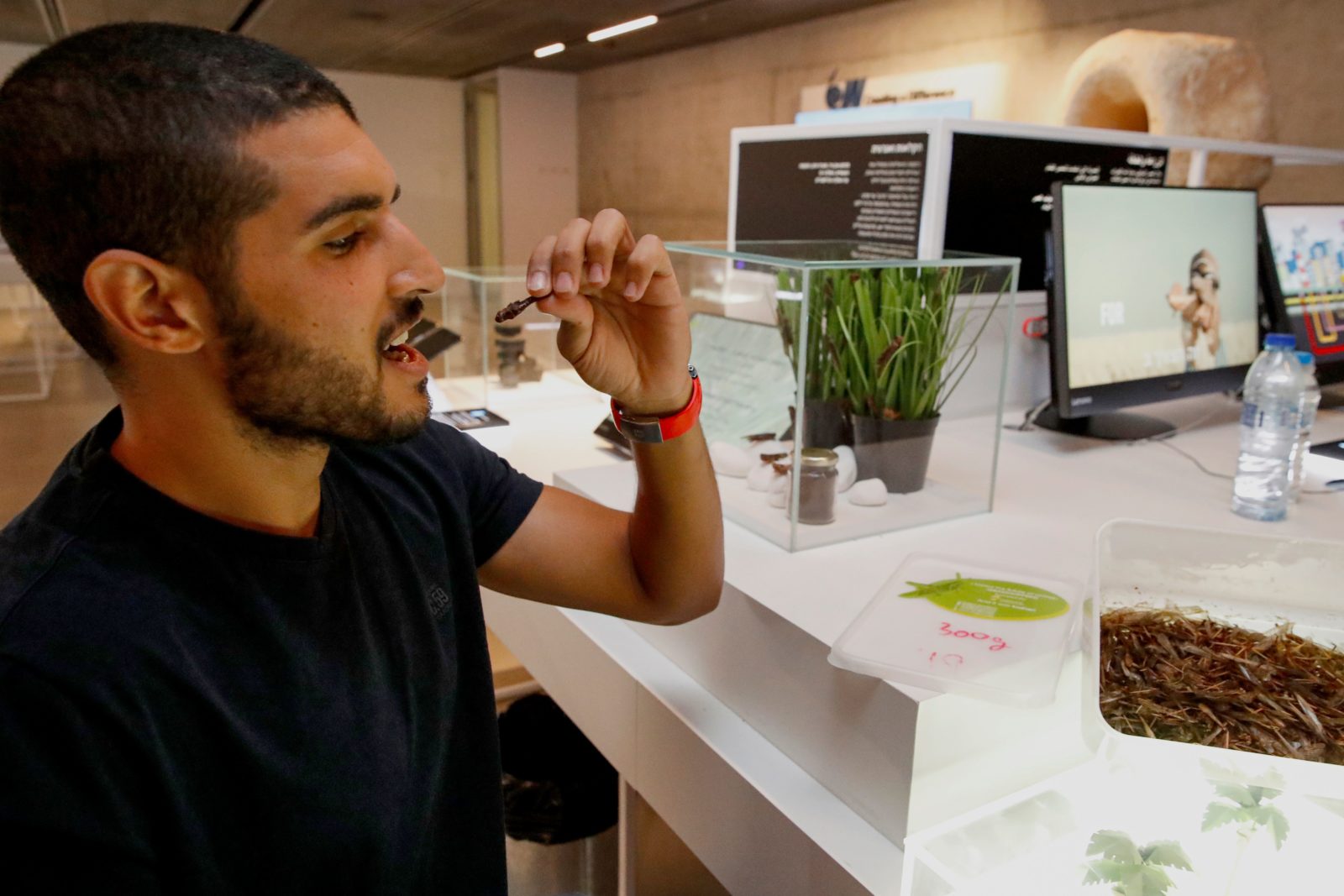 From start-up nation to foodtech destination

In a small laboratory on the 10th floor of a glassy office building overlooking the Israeli city of Ra’anana, food technician Maia Schick is busy cooking up new recipes using proteins developed from plants. A few miles away, in Petah Tikva, biochemist Yaron Aviv spends his days testing and tasting water extracted from humidity.

Both scientists are part of a quiet but tasty revolution taking place in Israel.

Aimed at addressing the wider global climate crisis and reducing humanity’s carbon footprint, the once-fledgling fields of food science technology (foodtech) and agricultural technology (agritech) are booming in Israel and, experts say, set to grow exponentially in the coming years as the Jewish state tries to position itself as a leader in the space where food and technology meet.

Food has always been a fundamental part of Israeli culture. Whether in battles over fare brought by various immigrant groups to the country or the centrality of food in Jewish festivals and celebrations or even disputes with regional neighbors over national dishes, eating is what Israelis do.

Water has always been of prime concern too. With little natural resources and a severe shortage, some believe it is this dearth that has propelled Israelis to seek creative alternatives and innovative solutions that will help sustain them.

In the lab in Ra’anana, Schick, a recent food science graduate, is a food technologist for Innovopro. She is exploring ways to use chickpea protein in various recipes. The ingredient, CP-Pro-70, is produced by Innovopro, a company already considered a veteran in the field of plant-based alternative proteins and one that has raised at least $23 million in investments.

“We have the magic chip that allows food companies to create diverse products such as yogurts, mayonnaise, chocolate, eggs and meat,” the company’s CEO, Taly Nechushtan, told Jewish Insider in a recent interview. Experiments are also underway, she said, to use what she calls “the secret sauce” to create ice cream and even cheddar cheese.

Founded in 2015, Innovopro, said Nechushtan, wants to inspire people to live healthier by providing tasty alternatives to standard food staples, which drain the environment and which scientists and politicians warn could soon be in short supply globally. 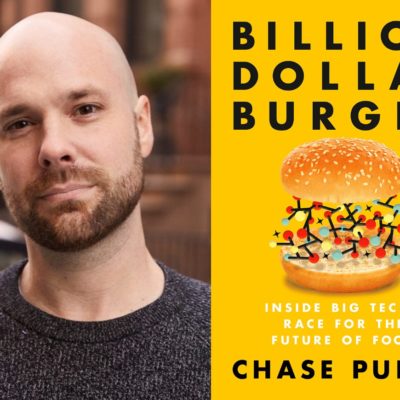 One of 50 winners of this year’s United Nations “Good Food For all Competition,” Innovopro is among more than 100 Israeli companies active in the alternative-protein industry, according to figures from the Good Food Institute Israel (GFI), a nonprofit aiming “to develop a roadmap for a sustainable, secure and just supply of proteins.” (There are another 150 companies involved in other aspects of food and agricultural technology.)

Alla Voldman, director of strategic alliances for GFI, told JI that Israeli researchers currently draw at least a quarter of global investments seeking to develop the foodtech industry – an incredible achievement, she said, for such a small country.

“Israel is a global innovation leader in alternative proteins,” stated Voldman, adding that it has been particularly prominent in the development of cultivated meat – or meat grown using a biopsy from a live animal.

She said that scientific research in these fields has been going on for many years in Israel and now is being directly translated into the food industry. With increasing interest and support from the government, Voldman said, Israel’s local foodtech industry is one that competes with the United States, Singapore and the Netherlands, and is drawing interest and investments from well-known food manufacturers around the world.

Israel’s Innovation Authority is the public agency responsible for fostering the development of industrial R&D in the country. It has been involved in growing the foodtech sector since the start, Anya Eldan, vice president of the agency’s Startup Division, told JI.

“Foodtech is based on technology and many of those working in research never even thought to apply their skills and knowledge to food,” said Eldan, explaining how seven years ago the agency set up an incubator program that brought together scientists working in biotechnology and food companies.

“Israel is a small country and there is deep government support for the local food industry,” she continued, adding that since then, there has been a sharp growth in the number of companies established in this field and a dramatic increase in investors looking to partner with the government and invest.

One enthusiastic investor is Erel Margalit, a former Knesset member and the founder and executive chairman of Jerusalem Venture Partners. Earlier this year, he opened Margalit Startup City Galil in the northern Israeli city of Kiryat Shmona —  a first-of-its-kind center dedicated to bolstering the country’s foodtech sector by drawing on the area’s agriculture and educational institutions.

Margalit said that for the revolution to be successful, it needs to pull together a range of different elements from alternative food development and production to smarter packaging and sustainable agriculture adapted for different settings and technology.

“In order to do it right, there needs to be cooperation, a public-private partnership,” he observed, adding that world leaders were beginning to understand that “food and agriculture are probably the next big things that will make a difference [to the environment].”

In Petach Tikva, the state-of-the-art lab where Yaron Aviv tests water from humidity belongs to Watergen, a company made famous by former Prime Minister Benjamin Netanyahu, who liked to boast that Israelis had learned to make water from air.

The company’s patented technology is certainly impressive and is already providing clean drinking water to communities in more than 80 countries and territories worldwide, including in the Gaza Strip. The water is produced and contained in several different devices for use at home, in offices or for entire rural communities. Its latest innovation is a mobile unit that fits neatly atop a car and provides up to 50 liters of water by sucking in the air while in transit.

“We are convinced that in Israel we possess a unique human potential,” Watergen’s president and co-CEO, Dr. Michael Mirilashvili, told JI. “Despite its small size, the young state of Israel has become home to numerous innovative projects that have changed the world.”

The company’s co-CEO, Michael Rutman, added, “We don’t have water resources in Israel and water is one of the essentials; that is what drives all Israelis to think creatively about water solutions.”

Rutman said that old water-producing solutions such as desalination are no longer viable in the face of climate change, while Watergen’s system causes no known damage to the environment. The next step, he said, is to find a way to mass-produce this water for commercial use.

“There’s still a lot of research that needs to be done,” GFI’s Voldman said.

“The challenge we will face soon is how much of this industry will remain in Israel,” admitted Eldan. “History has shown us that every time a new sector starts here, the ideas are eventually taken to the U.S., where they can become multimillion-dollar businesses.”

She said Israel was working on ways to ease regulations and create an infrastructure so companies can remain researching, developing and producing here.

In the meantime, Ido Yosovzon, who heads the AgriFood-Tech sector at Start-Up Nation Central, a nonprofit that helps to showcase Israeli innovation, said the sector was still growing fast in Israel, with some 250 companies working on various aspects of innovation, and that the future of alternative and novel foods was bright in Israel and worldwide.

“There is a big ecosystem that will benefit from these changes,” he said. “Foodtech is here to stay, and it is just a matter of time before it becomes something we all get used to seeing on our supermarket shelves.”