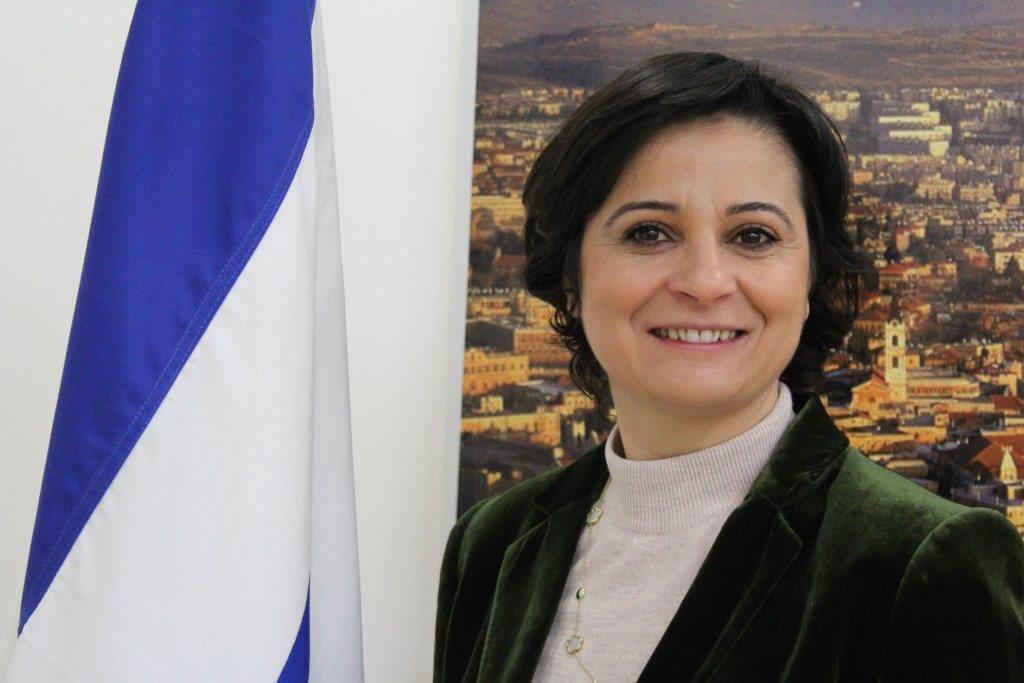 Sawsan Natur-Hasson, who works on Mideast economic development at Israel’s Foreign Ministry, is paying it forward

When Sawsan Natur-Hasson was growing up in a Druze village in northern Israel, there was no such thing as a female role model for a budding diplomat. The path from Dalyat al-Carmel, a tradition-minded hill town on Mount Carmel, to Israel’s Ministry of Foreign Affairs, where she is today the director of the Middle East Economic Relations Department, had not been blazed.  And while a decade has passed since she became the first Druze woman to join the country’s diplomatic corps — and few have followed her lead — she remains optimistic that the door she kicked open will stay that way.

“This is why I feel that there is a responsibility for how I’m reflecting this position and what I do for the women in my community — but not only in the community,” she told Jewish Insider in a recent interview. Now a role model herself for a new generation of Druze women whose community is slowly broadening its horizons, Natur-Hasson gives lectures at universities and schools, seeing it as a personal mission to share her experiences and empower other women.

The road from Dalyat al-Carmel to Jerusalem is a long one, but Natur-Hasson leaned on the advice from her parents, who taught her to seek out ways to serve her country.

Druze women in Israel are not required to serve in the Israeli Defense Forces, and Hasson instead carved out a career path through which she could contribute to her country. In 2010, she broke the glass ceiling for Druze women at the Foreign Ministry, taking a post in the Egypt department.

She assumed her current role at the beginning of this year, several months after Israel signed the Abraham Accords with the United Arab Emirates and Bahrain, normalizing relations with the two Gulf countries, later joined by Morocco and Sudan.

Hasson’s job involves developing economic relations with all the Arab countries with whom Israel has normalized relations in the Middle East, including the United Arab Emirates, Bahrain, Morocco, Egypt, Jordan and the Palestinian Authority.

Since the Abraham Accords were signed last September, Israel and the UAE have benefitted from some 3 billion shekels (over $900 million) worth of bilateral trade, according to Hasson, who added that data has also shown a sizable growth of trade this past year with Egypt, Jordan and Morocco.

The department is part of working groups and joint committees with representatives of Arab countries who together tackle obstacles and barriers faced by the business sectors. It works to push forward the development process of economic agreements, such as the tax agreement between Israel and the UAE that was signed earlier this year. It facilitates business delegations, webinars and regional projects, aimed at assisting business communities in the region to interact.

“Israel has a strategic position in our region that connects continents, and can actually contribute seriously to the connectivity between the West to the East. And the new peace agreements are highlighting this importance of the State of Israel,” Hasson said.

“This region is under climate risk. One of the things that we see that is connecting all of us is the matter of food security, water security, agriculture and the environment — topics that we all deal with on a daily basis,” she added.

Hasson’s department is currently supporting the Israeli Pavilion at Expo 2020 in Dubai, by facilitating various ministerial visits, as well as assisting business delegations to visit the site, meet counterparts and promote business.

The six-month-long Expo, which opened earlier this month, she said, will help establish the foundation of the economic agreements recently signed between Israel and the United Arab Emirates and Bahrain, allowing the business sectors and private sectors to communicate directly.

“It’s a point of contact for so many countries,” Hasson said, adding that joint events led by Israel provide an opportunity for “big business achievements.” 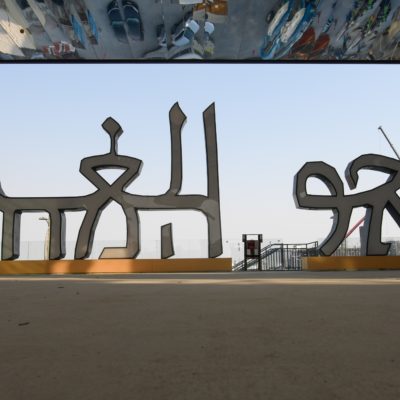 At World Expo in Dubai, Israel embraces its burgeoning ties to the region

The Israeli Foreign Ministry, Hasson pointed out, has been assisting Israeli businesses to establish themselves in the UAE, Bahrain and other countries in the region, for over two decades —  but this is the first time it is happening openly, “in broad daylight.”

In order to enable this new era of business relations, Hasson said, the right intergovernmental agreements and contracts are needed.

“So this is one of the main targets [of the department] — to assist all ministries to do the process as fast as possible in order to start to fulfill the great potential of these Accords and of these peace agreements, and to bring this fruit to the level of people-to-people in the United Arab Emirates and in Israel,” Hasson said.

“We are talking really about bringing the peace agreements from the macro level, between the governments, to the level of the people. [So] they can feel that they can enjoy it, they can get a big benefit from it, and this would strengthen the relations and the political ties,” said Hasson.

Over 250,000 Israelis have thus far visited the UAE since the Accords were signed, according to the Foreign Ministry.

Hasson’s first role at the Foreign Ministry was first secretary at the Middle East Directorate for the Egypt Department. Prior to joining the ministry, Hasson worked as a lawyer, including several years at the Ministry of Labor, Trade & Industry.

Her experience as a lawyer, she said, has supported her work as a diplomat.

“It was just about it being the right moment to join the ministry, to be in the diplomatic service,” Hasson said. The challenge of doing something that no Israeli Druze woman had until that point done before only motivated her further.

“There is no professional difference between a man or a woman doing these things,” Hasson said. “I think female diplomats, or women in general, are capable of doing many things at the same time — we come with very high motivation to bring success to our positions and to our work. So the way I saw it was: ‘I want it, I believe in it, I can do it, I will apply for it and I will get it.’ This is the method I adopted.”

Although she broke that glass ceiling over 10 years ago, to date there is only one other Druze female diplomat who has joined Israel’s diplomatic service, though there are others working in other divisions of the Foreign Ministry. The ministry was unable to provide the number of male Druze working for the diplomatic service or the total number of Druze working for the wider ministry by press time.

Hasson explained that her conservative community is going through a transition period in which women are occupying more senior positions, such as those of lawyers, doctors, judges and academics. “I have a lot of Druze male colleagues that are serving in the ministry. For women to be in such a position —  like a diplomat, police or army commander — it took a while because it’s considered to be a male position and demands a lot of time to be absent from home. And being a mother and having a family, you have other commitments.”

Hasson has two sons, the second of whom was born during her cadets course. “For such a career, no matter where you are coming from or what background you have, you need two to tango,” she said, noting that she had the support of her husband and her family.

“The main challenge is how to deal with the family. And this is something common among all female diplomats.”

“In my perspective, it’s just a matter of adapting to a new life,” she said.

Her community, she said, was overwhelmingly supportive of her career move and she has been happy to lend counsel to others interested in pursuing similar paths, noting that one Druze woman is currently enrolled in the Foreign Ministry’s cadets course and several others are currently taking the exams to qualify for it while more plan on doing so in several years.

“So this is really encouraging,” Hasson said. “But I think the main message is that you can do it. It’s possible, it can be done, it’s doable. If you believe in yourself and you’re willing to be in it, there is no barrier,” she emphasized.

Having a diverse array of diplomats from all sectors of Israeli life brings “color” to the ministry, Hasson said.

“I think this is something very special about the Ministry of Foreign Affairs; we’re coming from all different backgrounds in Israel. So everyone is bringing his own story,” she said, adding that it reflects the “unique fabric of communities” that make up the state of Israel.

Foreign diplomats are sometimes surprised by her Arab name, or compliment her fluent Arabic. “It’s not a well-known story that there are minorities in Israel,” she explained. “So these aspects do emphasize the beautiful story of Israel and coexistence, and actually, there is no barrier for anyone in Israel to reach any position.”