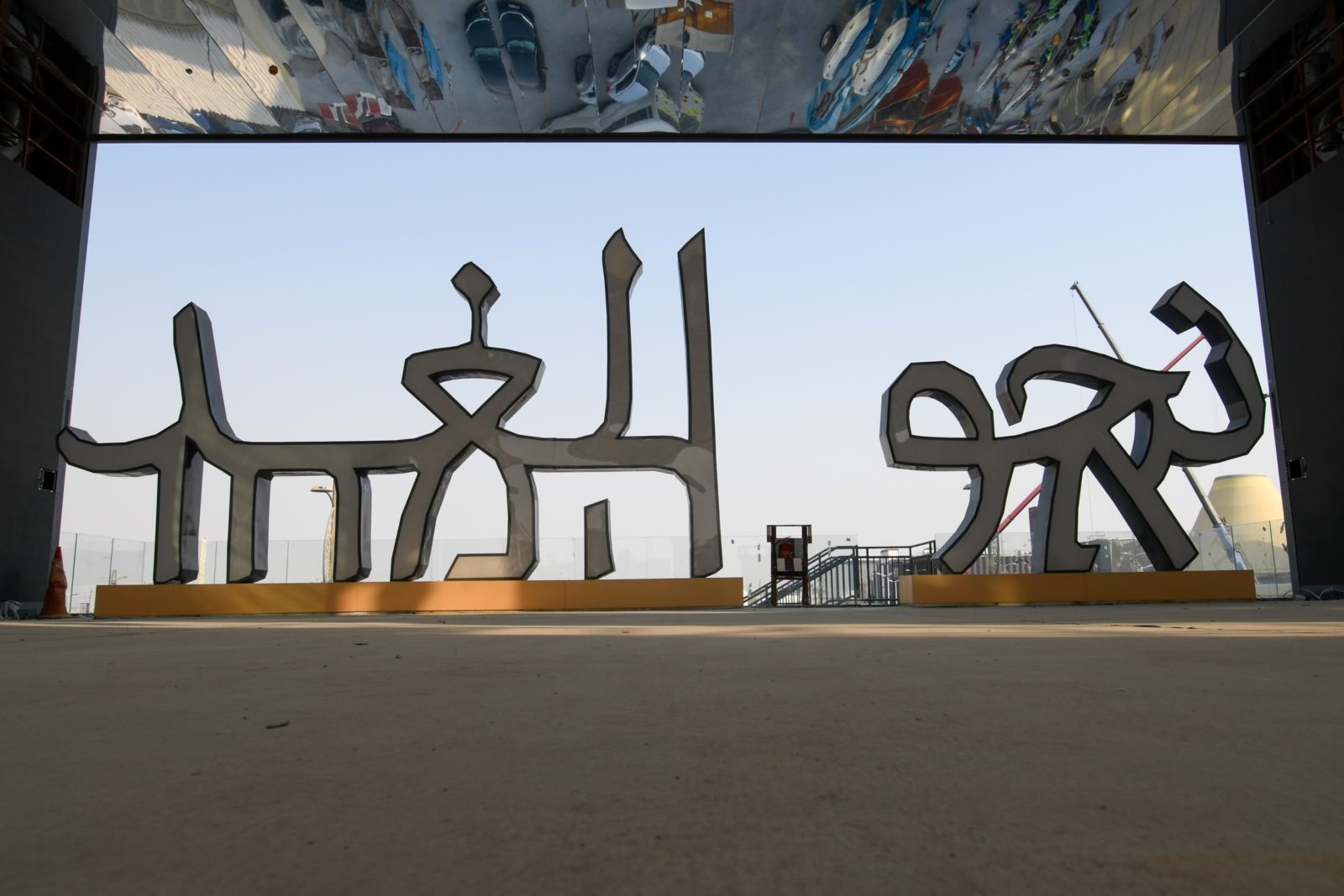 At World Expo in Dubai, Israel embraces its burgeoning ties to the region

Israel’s pavilion will highlight its cultural diversity, build on fresh connections with the UAE

Just until recently, it may have seemed far-fetched that Israel, which until last year had no official ties with any country in the Gulf, would be a participant in this event. Israel, however, received an invitation to join the fair 18 months before it normalized relations with the UAE in September 2020, Elazar Cohen, the commissioner-general of the Israeli pavilion, told Jewish Insider last week, ahead of his flight to Dubai where he will remain for the six-month duration of the Expo.

The invitation was part of a gradual and below-the-radar warming of relations between the two countries.

Expo 2020, as it is known, was postponed a year due to the COVID-19 pandemic. “We appreciated and respected this invitation and it was a courageous step before the announcement of the bilateral relations,” said Cohen, a career diplomat who has worked for the Israeli Foreign Ministry for 30 years. He was referring to the Abraham Accords, the path-breaking agreement signed between Israel, the UAE and Bahrain.

Israel accepted the invitation and Cohen and his team have since been traveling between Israel and the UAE in preparation for the event. “We were accepted warmly, with open arms and open hearts,” he said.

The project is an inter-ministerial effort of the entire government, but under the responsibility of the Foreign Ministry.

This is the third time Israel will have a formal presence at the World Expo, the first being in Shanghai in 2010 and the last time in Milan in 2015. Israel only had a small presence at the previous world fairs, the first of which was held in London in 1851.

Cohen, who also headed Israel’s pavilion in Milan, noted the difference between participating in the Expo in Italy, with whom Israel has long-standing bilateral relations, and in the UAE, with whom formal relations are so fresh.

The Bureau International des Expositions, which has overseen the World Expos since 1928, describes the events as “large-scale platforms for education and progress that serve as a bridge between governments, companies, international organisations, and citizens.”

“World Expos have explicitly been organised around a theme that attempts to improve humankind’s knowledge, takes into account human and social aspirations and highlights scientific, technological, economic and social progress,” its website states.

For Israel, the Expo provides an historic opportunity to build on its relations with the UAE, as well as others from the region and around the world.

At the unveiling of the pavilion in June, Cohen said, “For the first time, we will be able to connect with millions of visitors from the Middle East and beyond. Establishing diplomatic relations between Israel and countries in the Gulf region is just the beginning. Our presence in the UAE is a milestone which will be read about in the history books.”

Cohen sees the fair as his team’s contribution to the Abraham Accords, signed on the White House lawn on Sept. 15, 2020. “The Expo has a very meaningful role in the evolving relations between the two countries; it will promote relations between Israel and the UAE through all kinds of activities that we will hold in our pavilion,” he told JI.

Its activities will cover a span of fields including the economy, culture, science, medicine, technology and engineering, via events, meetings, think-tanks, concerts, press conferences and Ted Talk-style events.

The Expo, Cohen said, aims “to showcase Israel to the local audience and all over the world — our heritage, culture, historic roots, and the present and future.” Events on topics such as water, food security, agriculture, smart mobility and smart energy will seek to encourage bilateral collaborations between the business communities of Israel and the UAE.

Israel also plans to hold at least three separate events with the UAE and the U.S. to explore trilateral collaborations in energy, clean-tech and medicine, with the participation of companies and ministers from the three countries. “We will create a meeting point of ideas in order to collaborate between the U.S., UAE and Israel,” Cohen said.

The Israeli pavilion has additional joint initiatives planned with other countries as well, including Italy, Germany, France, Thailand, Switzerland, Singapore and Japan.

Cultural events run by the Israeli pavilion will portray Israel’s diversity, Cohen said, and that the country is built from “people coming from Syria like myself, people coming from Germany, from the USA, from all over the world and how it is combined in our culture — in our food, in our music, in our movies, in our dance, in everything that is connected to culture.”

Each of the 192 countries participating in the Expo will hold its own national day celebrations, and Israel will use its day, on Nov. 9, which is expected to be attended by high-level Israeli officials, to present examples of diversity and inclusivity in its society.

It plans to bring over the Shalva Band, made up of musicians with various disabilities, which shot to celebrity status while competing in the 2019 Israeli contest to pick the country’s Eurovision representative. (The band dropped out of the Israeli competition during the semifinals to avoid performing on Shabbat at the European song contest, but performed at the second semifinals of the Eurovision.)

In addition, the Jerusalem East and West Orchestra — a multicultural orchestra consisting of Christian, Muslim and Jewish musicians from all over the country and from all sectors that make up Israeli society — will perform on Nov. 9 “to show how Israeli music is combined from people from the Arab world and from people coming from Europe and the Western world,” Cohen said.

The Expo’s host country expects to receive some 25 million visits to the fair, which was built on nearly two square miles of desert land; the organizers of the Israeli pavilion hope to attract at least 10 percent of the total number of visitors.

But Cohen says that even passersby who don’t directly enter the pavilion, which is situated next to the UAE’s own pavilion, will experience it due to its open structure; it is made up of seven gates with 14 large LED screens on which various movies, information and other materials will be shown.

The gates shade a graduated floor, colored and shaped to resemble sand dunes — characteristic of terrain found in Israel, the UAE and other countries in the region.

“We asked our planners to build a pavilion that will show that Israel is open to its environment, to its region — it’s not closed. And they came [up] with this concept of an open-space pavilion. The number seven is significant in Judaism, and the gates symbolize openness — everyone can come and enjoy and witness and experience what Israel has to offer.”

Israel’s pavilion features a large sign with the words “Toward Tomorrow” written in intertwined Arabic and Hebrew letters; it’s a message aligned with the theme of the entire Expo, “Connecting Minds and Creating the Future,” which will be explored through three core areas: sustainability, mobility and opportunity.

According to Cohen, the Israeli pavilion is the only one where “you can see the horizon from end to end.”

“We offer people to enter our journey to reach a better future,” Cohen said.

“We are not going to lament what happened 70-80 years ago, although we will never forget it, but we aren’t going to sink in our past — we will use it, even though it is painful, as a jumping board towards a better future. That’s why we chose this theme,” Cohen said.

Asked whether he envisions Israel one day hosting the World Expo, Cohen noted the billions of dollars required for such a large-scale investment.

“For the time being Israel has other priorities. I hope sometime in the future our priorities will be such that we will compete in hosting  one of the future Expos,” he responded.

For the time being, Israel is “happy that the UAE won this competition,” Cohen said.