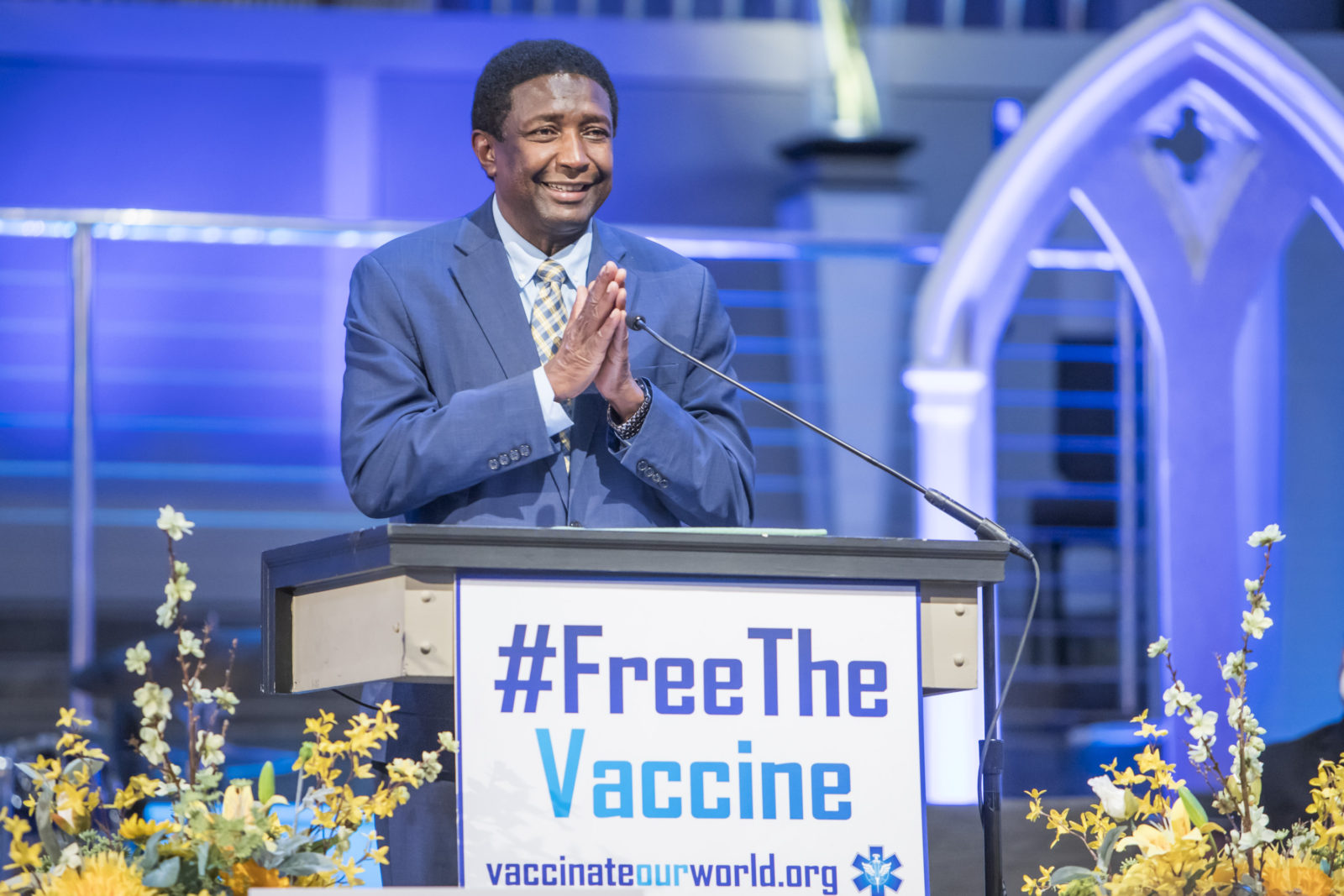 In the crowded race for Florida’s 20th, only one candidate claims to have been endorsed by the late Alcee Hastings

While polling is scarce, the Broward County commissioner, 64, argues that his on-the-ground voter-engagement strategy remains unmatched in Florida’s 20th Congressional District, and he has led the field in outside campaign contributions, so far pulling in $575,000, according to a campaign spokesperson.

But perhaps the most crucial advantage is the most contested: Holness claims to have earned an endorsement from Hastings before his death in April at 84, despite that the former dean of Florida’s congressional delegation never publicized his support and does not appear to have put it in writing either.

Though Hastings’s widow contends that Holness is telling the truth, other candidates in the 11-way primary have quibbled with his assertion. “I wouldn’t want to cast aspersions on the commissioner’s veracity, but I just think that an endorsement implies that it’s either in public or in writing,” Perry Thurston, a candidate and Democratic state senator who describes Hastings as a “good friend,” told Jewish Insider in a recent interview.

Holness bristles at such comments. “The way I look at it is they didn’t get it so they’re going to make noise about it,” he said in an interview with JI on Sunday, retorting that he spoke with Hastings about the alleged endorsement two weeks before the congressman died. “We had that conversation and he said he was ready to get his voice out there. Unfortunately, we didn’t have that done.”

“He’s a legend,” Holness added about Hastings. “I certainly have great shoes to fill. Not saying that I’ll fill them, but I’ll do everything I can.”

For Holness, who describes Hastings as a mentor, that means upholding the congressman’s longstanding commitment to strengthening the U.S.-Israel relationship, of which he was hailed as a champion throughout his nearly three decades in the House.

If elected, “I will continue his leadership and follow in his footsteps,” Holness declares in an Israel position paper his campaign provided to JI, explaining his support for the country through the prism of advancing Black-Jewish relations — a cause to which Hastings was also dedicated.

“Jewish Americans and African Americans share histories of slavery and emancipation,” writes Holness, a Jamaican-born real estate broker who previously served as Lauderhill commissioner. “Similarly, the United States and Israel have shared histories of being places of refuge for people seeking the freedom to practice their faith while living in freedom and security. As a black male and strong supporter of the U.S.-Israel alliance, I look forward to working with the Jewish community to strengthen our bonds and the relationship between the United States and Israel.”

Holness visited Israel in 2019 on a trade mission during his tenure as vice mayor of Broward County, noting that he read Startup Nation: The Story of Israel’s Economic Miracle in preparation for the trip. “Folks might not realize how Jews and Muslims and Arabs live side by side in Israel unless you go and see that,” he told JI. “Not saying that the Palestinians don’t have some serious issues in terms of the difficult conditions in which they live. But part of that, I believe, goes through leadership.”

He singled out Hamas, the militant extremist group that controls the Gaza Strip and last May fired rockets into Israel that precipitated the worst violence in the region since 2014. “Who believes that the way to create prosperity for their people is to lob rockets at Israel?” said Holness, who supports a two-state solution to the Israeli-Palestinian conflict. “There are some challenges there that we must overcome to ensure that policies are put in place that help the Palestinian people,” he added. “But I don’t know that that can be done with Hamas in charge.”

“They need to join with what the other Arab countries are doing now and sit down at the table,” Holness said, referring to the recent series of diplomatic agreements, known as the Abraham Accords, between Israel and several Arab nations. “Now there are countries that are normalizing relationships with Israel.”

Holness rejected the Boycott, Divestment and Sanctions movement targeting Israel, and  supports public efforts to divest from companies that engage in the practice, such as Florida’s recent decision to enforce anti-BDS legislation by placing Ben & Jerry’s parent company, Unilever, on a list of “scrutinized companies that boycott Israel.”

He also supports the continuation of U.S. military assistance provided annually to Israel through a Memorandum of Understanding between the countries.

Holness said he would have voted in favor of legislation giving Israel $1 billion in supplemental aid to replenish its Iron Dome missile-defense system, which was overwhelmingly approved in a House vote last month despite opposition from a handful of Democratic lawmakers and one Republican.

“The Iron Dome benefits America,” Holness said. “The research and development and the implementation of that Iron Dome helps us with our security, so funding that is actually funding our own defense.”

One candidate in the race, state Rep. Omari Hardy, drew controversy after revealing in an interview with JI last week that he would have voted against the funding. Hardy also favors conditioning aid to Israel more broadly and expressed support for BDS.

Holness took issue with those views. “Does he know how much money comes from Israelis that invest in our community in District 20?” he told JI. “Should we then cut off that investment from flowing in? That’s pretty much what would happen if we put something like that in place. It doesn’t make sense. I’m sorry. That’s not the solution to the issue that we face between the Palestinians and the Israelis.”

Holness is one of just two leading candidates in the race to have visited Israel. The other is Broward County Commissioner Barbara Sharief, who described her experience on an AIPAC-affiliated African-American leadership tour two years ago as eye-opening in a recent interview with JI.

The remaining top contenders include state Rep. Bobby DuBose and healthcare executive Sheila Cherfilus-McCormick, who has spent $2.5 million of her own money in the race, according to a campaign spokesperson. All have expressed interest in visiting Israel if they are elected.

National pro-Israel groups have so far withheld endorsements, and no single candidate appears to have locked up support from local Jewish community members, though candidates are actively courting their vote.

Aside from Hardy, “there is very little to distinguish the others when it comes to Israel,” Josephine Gon, vice president of the Jewish Community Relations Council of Palm Beach County, told JI, adding that all of the candidates she met with “say they’re supportive” of the Jewish state. 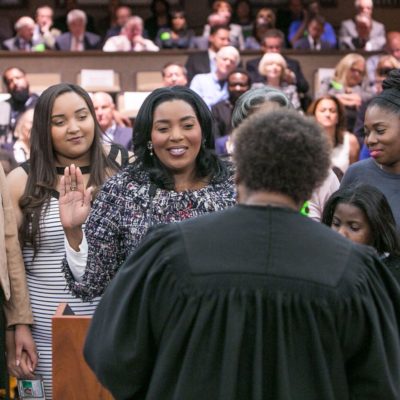 While the candidates are all largely aligned on Israel, they are also relatively in tune on domestic issues such as expanding healthcare access, increasing affordable housing and furthering criminal justice reform.

Holness, for his part, acknowledges that this dynamic has contributed to a relatively fluid race even with just a few weeks remaining until the primary. Whoever prevails is all but assured victory in the Jan. 11 general election because of the partisan makeup of the district, which includes Fort Lauderdale and West Palm Beach and is majority Black.

But Holness said the even playing field has only increased his motivation to engage with voters in what is expected to be a low-turnout election. “I believe that’s how the race will be won,” he said. “It will be won with who has the most outreach directly to the people, and we’re there. I mean, I’m in church every Sunday. I’ve been to the Chabad. I’m reaching out across all lines.”

It’s an approach, he suggested, that his late mentor, Hastings, would have wholeheartedly endorsed. “I look at what he’s done, and his verboseness, his boldness, his strength of character, to do what’s in the best interest of the people he represented, and also, to be inclusive of all the people that are within the district,” Holness said. “It’s something that I’ll model moving forward.”