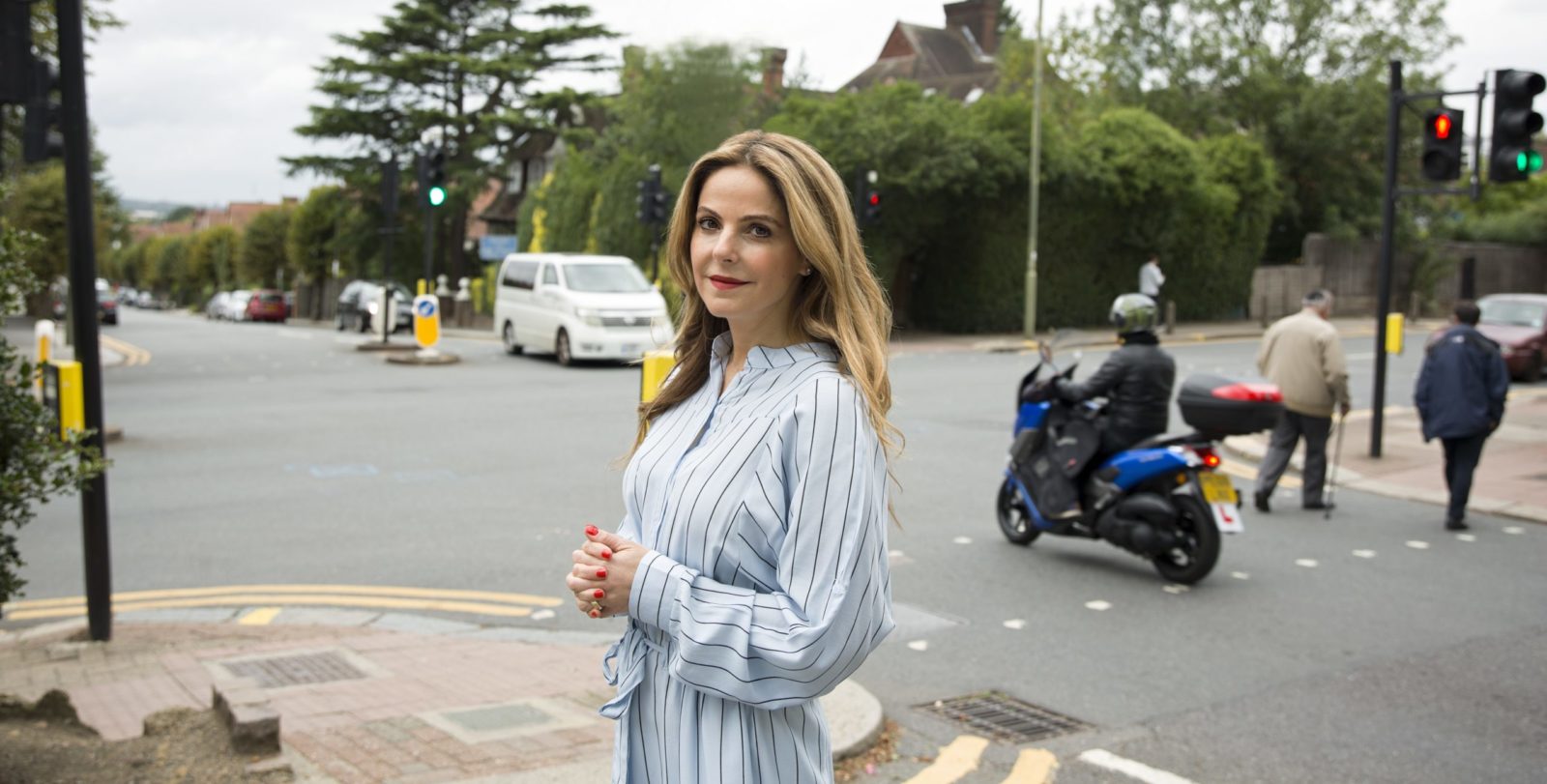 Israeli-born Michal Oshman, who now lives in London, has penned a new book exploring how Jewish principles can help with everyday struggles

When Michal Oshman walked into Facebook’s London offices on her first day of work at the social media giant, she encountered a question emblazoned on the wall at the entrance: “What would you do if you weren’t afraid?”

The question struck a deep chord with Oshman, 45, who felt that she had lived much of her life controlled by deep-seated fears and anxieties. And, while she didn’t know it at the time, that prompt would set Oshman, an Israeli-born, secularly-raised Jew on a life-changing religious and spiritual journey.

“It was only when I was about 37-38 [years old], after trying every single thing I was aware that was possible to deal with anxiety and fear and despair and mental health challenges that many of us face, when I discovered Judaism more from the spiritual side,” Oshman told Jewish Insider in a recent interview from London, where she lives with her husband, Yair, and four children. “Then I started slowly, slowly practicing, which is when I started healing my soul.”

Oshman, who recently started a new job as TikTok’s head of culture, is now publishing a book titled What Would You Do If You Weren’t Afraid?: Discover a Life Filled with Purpose and Joy Through the Secrets of Jewish Wisdom. Part memoir, part self-help book, Oshman recounts her own upbringing as the daughter of Yehuda Hiss, Israel’s former chief pathologist, and the granddaughter of Holocaust survivors — and her journey to self-healing through Jewish wisdom. Each chapter is based around a concept in Jewish thought and is followed by questions aimed at guiding the concepts’ application to the reader’s own life.

Once Oshman realized how much she personally gained from her experience, she set out to share her insights and discoveries with the world.

“I really got myself off of very, very bad thoughts and started to enjoy things that I just couldn’t see before,” she said. That realization, she said, prompted her to seek to share her discoveries with the larger world. “This book was written for universal readership, it’s not aimed just for the Jewish community,” she added. “My hope is that the people that will show curiosity to read this book are people that are curious about developing themselves… anyone that’s interested in spirituality… anyone that just is curious to learn something new.”

Above all, Oshman urges readers to take actions to transform their lives and work toward becoming the person they want to be. “I invite you to be curious. Take that first step and explore something you would never have expected to explore,” she suggests. “Step out of your comfort zone. Who knows where it could lead?”

At the end of each chapter — which have titles such as “Shvira: Grow Your Broken Heart” and “Teshuva: Return to Yourself” — is a section titled: “If you change nothing, nothing will change” (dubitably attributed to Albert Einstein). There Oshman suggests steps based in Jewish and Hasidic concepts to guide readers on a path to personal growth. “I invite you to think how you could replace fear with action and cross your internal and external life bridges. Remember, crossing a ‘bridge,’ big or small, is taking action,” she writes in one section.

Oshman grew up in Tel Aviv, in a house that was more about “Israeliness than Judaism in any spiritual way,” she recalls. As a young newlywed, she moved to London with her husband and worked to start over and climb the career ladder in a new country. After a series of business and tech jobs, she arrived at Facebook seven years ago to join its leadership and development team.

It was during that time, she recalls, that she first began to explore spirituality, Jewish beliefs and her own journey to religious observance.

“It definitely wasn’t a one moment” of discovery, she told JI. “Slowly, slowly, I started lighting [Shabbat candles] but without expecting anything, really, just trying it.” But after a while, she said, there was “this moment when I realized that this lighting of the candle does open a door to something within myself… and I started playing around with the idea of keeping Shabbat.”

The Oshman family began by keeping two hours of Shabbat in the evening, “then it was four hours, then until the morning… every time we kind of took another step forward.” But while Michal was beginning her spiritual exploration, she had to make sure her husband and her children were on the same page.

“Any moment when we had a bit of tension I reminded myself that the most important thing is ‘shalom bayit,’” or domestic harmony. She said while it wasn’t always easy, the couple had “a lot of honest conversations” about each other’s positions. “[Yair] was right, he didn’t marry a woman that keeps Shabbat or keeps kashrut, but we evolve in life and I think part of marriage is to try to go with each other on a journey.”

The news also came as “a little bit of a shock” to her parents and siblings back in Israel, but they were ultimately accepting.

Oshman said that her employers at Facebook were also welcoming of her new observance, even when it meant she stopped answering the phone or emails on Saturdays.

“Facebook has an amazing company culture,” she said. Oshman said that at past jobs in London, she experienced antisemitism and bigotry, and she always felt hesitant about sharing her heritage. But on her first meeting with her manager at Facebook, he asked, “Michal, what do you care about?” she recalled. The question, she said, took her by surprise, and prompted an unexpectedly real response about her Jewish and Israeli roots.

“I was really annoyed with myself after because I was like, ‘Why did I even say that?’” Oshman recalled to JI. “But the reason I said it is because my manager’s… humility and his curiosity — which very much represents what it’s like to work for the company — just opened up something inside me that I was never even considering to open up.”

And her experience at Facebook, she said, “wasn’t any special treatment that I got,” but was indicative of a larger company policy to “help people bring themselves… their full selves, for whatever that is, if it’s faith, whether it’s sexuality, if it’s how you want to live your life — it’s very inclusive.”

At the beginning of this year, Oshman left Facebook and joined TikTok as its head of culture in the European branch of the popular social media app. The move, she said, was motivated by her desire to “move kind of to a startup” and have an “opportunity to shape something with them.”

And the company, she said, is equally welcoming of her faith and beliefs.

“TikTok has also very much embraced me and welcomed me with who I am,” she said. “The same way that we want our platform to welcome different voices and different opinions and have that diversity on the platform.”