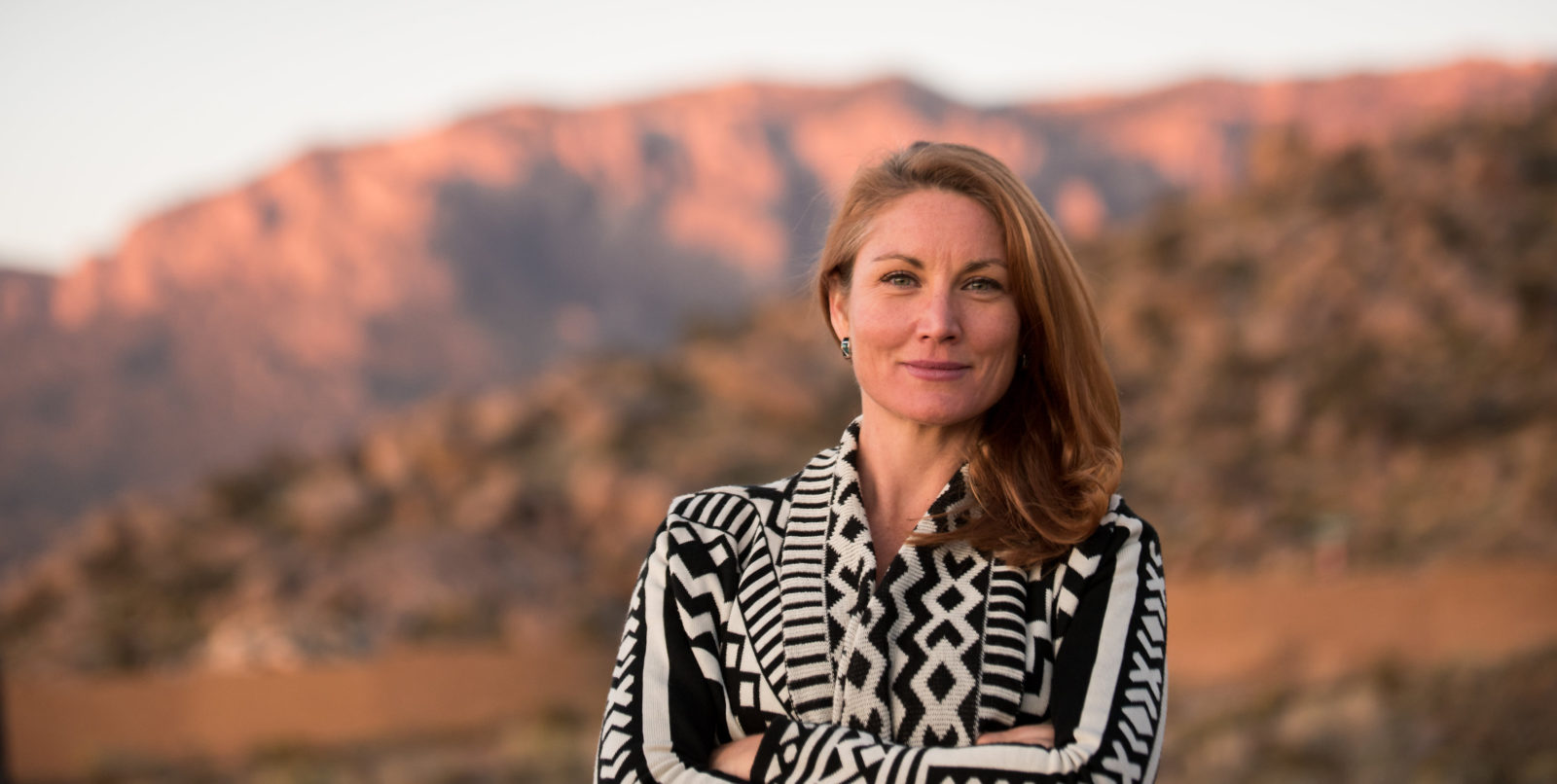 Until recently, Melanie Stansbury, the Democratic candidate in New Mexico’s 1st Congressional District special election, had little knowledge of U.S. relations with Israel. Before clinching her party’s nomination, the 42-year-old state representative was unversed even on basic foreign policy matters of relevance to the Jewish state, despite having traveled through the region on a backpacking trip in her early 20s.

In a March interview with Jewish Insider, Stansbury said she was unfamiliar with the Boycott, Divestment and Sanctions movement, and declined to comment on the 10-year memorandum of understanding with Israel guaranteeing $3.8 billion in annual U.S. military assistance through 2026. “I haven’t dove into this issue,” she admitted at the time.

But within the span of just a couple of months, Stansbury’s views have evolved considerably as she prepares for the June 1 election to succeed Rep. Deb Haaland (D-NM), the new U.S. interior secretary. While Stansbury now says she rejects BDS, she tells JI that she “would support divestment or sanctions initiatives that work towards the goal of a two-state solution,” and she claims to support continued security assistance for Israel, with some caveats.

“That said, I also believe that any U.S. aid must only be used for security and defense and never for actions against Palestine,” Stansbury said. “U.S. aid and funding must especially not be used to aid annexation in the West Bank. I support restricting aid if it is indeed being used in any way that goes against U.S. interests and values, endangers Palestinian people or threatens the basic human rights of Palestinians.”

If Stansbury’s carefully worded statement on restricting aid seems familiar, it is likely because the policy proposal is now being pushed by J Street, the left-leaning Israel lobbying group. The organization, which has endorsed Stansbury, recently began advocating for this approach, having backed a new bill from Rep. Betty McCollum (D-MN) that seeks to regulate aid to Israel.

It is a new path for J Street, which has long opposed conditioning aid to Israel — as the call to do so has been endorsed by a growing number of progressive congressional candidates around the country. But a spokesperson for the organization argues that this new policy objective is different, maintaining that J Street supports “end-use restrictions” that would ensure Israel uses U.S. aid only for “legitimate security purposes.”

Notwithstanding any apparent inconsistencies in J Street’s reasoning, the New Mexico race represents the first major election in which the group’s new approach to foreign aid is being given a platform by a viable candidate.

“We believe that Melanie, much like this seat’s former occupant Secretary Deb Haaland, will be a champion for diplomacy, democracy, and human rights,” said Ilya Braverman, J Street’s national political director.

Stansbury, who was selected for the nomination over seven other candidates by the state party’s central committee, is expected to prevail in the heavily Democratic district, which encompasses most of Albuquerque. “This district has been leaning blue for quite some time,” said Albuquerque pollster Brian Sanderoff.

But Mark Moores, the Republican opponent, believes he has a shot. “I’m probably the first serious candidate in this race for a number of years,” he told JI in a recent interview.

Moores, a Hispanic former college football player who has been a member of the New Mexico Senate since 2013, ticks off a number of boxes that the GOP seems to be looking for in competitive races. “My family’s been here since the 1600s,” said Moores, who owns a medical laboratory with his wife that was responsible for COVID-19 testing during the pandemic.

The Republican contender describes Stansbury as a “radical” whose agenda “doesn’t meet what is happening here in Albuquerque,” citing her support for a bill endorsed by several progressive members of Congress that would eliminate federal funding for policing. “Our crime rate is through the roof.”

Moores, 51, also drew a contrast with Stansbury on his support for Israel, though his views were not nearly as elaborate as his opponent’s. “There’s that unique relationship that goes back since the founding of Israel that is very important to us as a democracy and the relationship we have,” he said, “and I definitely will do all I can do to support that relationship.”

Last week, as violence escalated between Israel and Hamas, Moores expressed his firm support for the Jewish state. “I stand with Israel and support their right to defend themselves,” he said.

Stansbury’s campaign did not respond to a request for comment regarding the recent conflict.

Moores, who earned an endorsement from the Albuquerque Journal in mid-May, has loaned his campaign $200,000 of his own money, according to the latest filings from the Federal Election Commission, while raking in nearly $400,000 in individual contributions.

Still, Stansbury appears to be well-situated with just a week until the election, even as she has gone on the attack in recent weeks. She has pulled in approximately $1.3 million in campaign contributions, per the FEC, and early and absentee voting indicates that Democrats are turning out in larger numbers than Republicans.

Stansbury, a social scientist who previously worked on Capitol Hill, has long been devoted to water resource management in New Mexico — an issue that she says lends her a distinct angle on the Israeli-Palestinian conflict.

“My career and life’s work on land and water issues and restorative justice,” she says in an Israel position paper, “provides me with a unique lens through which I see opportunities for water, infrastructure, science and other exchanges to help build bridges for understanding and cooperation between Israelis, Palestinians and others in a region where water is a complex issue, just as it is in the American Southwest and New Mexico.”

While foreign policy has only played a minor part in the race, Stansbury’s comments suggest that she could be interested in taking an active role in addressing the Israeli-Palestinian conflict if she is elected next week — despite her previous lack of knowledge on the issue.

J Street, for its part, seems optimistic that Stansbury will take up its cause in Congress. “It’s clear from our conversations with the candidate that she shares our commitment to diplomacy-first, pro-Israel, pro-peace policies,” said Braverman, “including a commitment to addressing the occupation and other root causes of the conflict.”