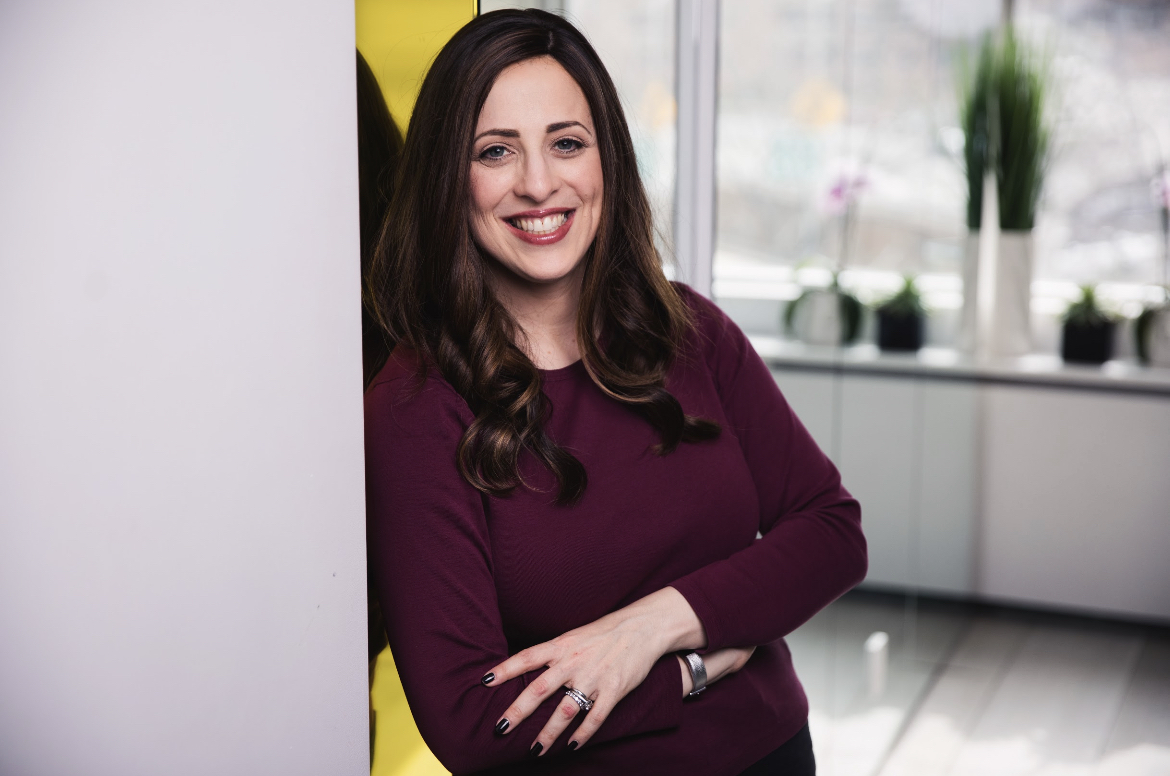 On the day Aimee Friedman Baron had scheduled a cesarean section to give birth to twins seven years ago, she sent her three older children to school, putting them on the bus without telling them that they would have two new siblings by the time they got home. Later that day, “we had the school administrator bring them down to the school office, and we told each of them,” Baron recalled.

Her children knew she was pregnant — by that point, she couldn’t hide it — but after four successive miscarriages (and another that had occurred after she had her first child), Baron lived in fear that the twins would not survive delivery. She and her husband did not tell anyone, including close family members, that they were pregnant with two babies and not one. “I just couldn’t bring myself to share it. I was a hermit. I hardly went anywhere. If I did, and people asked me, ‘Oh, when are you due?’ My answer was always, ‘When the baby comes,’” Baron recounted. “It was a horrible, horrible, horrible time.”

As she went through the series of second-trimester miscarriages, Baron quit her job as a pediatrician. “I could not keep taking care of other people’s healthy babies while struggling to have my own, even though I had three kids at home. It was just too painful,” she said. After her twins were born, “I spent two years with them at home, trying to dig myself out of this PTSD of everything that I had been through.”

Around that two-year mark, she was asked to speak in her community in New York about her struggles with fertility, ultimately sparking a journey that would lead her to create I Was Supposed to Have a Baby (IWSTHAB), a nonprofit and online community geared toward Jewish women experiencing infertility. The organization runs virtual support groups and offers one-on-one support sessions, and in February, it was an organizer of the First Annual Jewish Fertility Summit. But the main way IWSTHAB reaches people is on Instagram, where it has amassed 8,800 followers — Jewish and not — who gather virtually to be around other women (and the occasional man) who understand the invisible agony of infertility and miscarriage.

“It is meant to be a supportive space for anyone in the Jewish community struggling to have a child, and really, it’s whatever that means,” Baron told Jewish Insider in a phone interview. Some people find her page after experiencing a miscarriage, while others are struggling to conceive, searching for a surrogate or considering adoption. “But frankly, those definitions are very limited. It’s really about anyone along this path who thinks they belong here. [If] they’re struggling, they belong.” That might be people who cannot consider pregnancy because of other medical or mental health issues, or those who cannot undergo fertility treatments due to a lack of financial resources. “If you are struggling and you do not have the family that you hoped for… this is the place.”

Ten to 20% of known pregnancies end in miscarriage, according to data from the Mayo Clinic, although the actual number is likely higher due to women who miscarry before they even know they are pregnant. “It is happening to someone you know, they just might not be telling you about it,” Baron said. But until “it becomes personal, it’s harder to get people to care.” Her Instagram community serves as a safe space for women who might feel unable to discuss fertility issues with people in their lives, or who feel stigmatized.

Baron answers every single message that comes through the account; with that heavy load, she said her page growth has slowed. She wants to continue to make her social media presence feel personal. “My intention with this account was always to have it be a slow-growing account,” she explained. “I’m not taking any promotional material, because I’m not seeking these, like, big collaborations which are going to flood me with followers. I’m not interested in that. I’m interested in the people who want to be there and who are going to be a real part of this community.” She often hears from women who read her posts but do not follow her account, fearing judgment from friends or family members who might see.

IWSTHAB’s posts are warm and supportive, sometimes highlighting one woman’s experience and other times featuring an inspirational quote or graphic. One recent post included a first-person account from a woman who had felt her miscarriage beginning during her synagogue’s Megillah reading on Purim. “I internally patted myself on the back for choosing a Purim costume that called for black tights — Ruth Bader Ginsberg, in all her dissent-collared glory — which would mask the heavy bleeding,” the post’s caption read. Another post had a black-and-white cartoon that read, “Which mask are you putting on today?” and showed a woman looking at carnival-esque masks, each labeled with an emotion: happy, funny, calm. A caption, written by Baron, reflected on the way that women hide their grief or shame when experiencing infertility issues.

The real community-building takes place in the comments of the posts, or in responses that Baron receives to open-ended prompts she posts on the page’s Instagram story, a feature in the app that allows users to post photos and videos that are automatically deleted 24 hours later. One recent prompt asked, “What worked and what didn’t this holiday season?” Some comments came from Christian women reflecting on Easter and Christmas, but most were from Jewish women, writing about the difficulty of being joyous or hosting large family gatherings during Passover.

“I was with my in-laws pretending all the time I was happy and nothing was going on,” read one comment that Baron reposted to the account’s followers. “But inside me I was devastated. I got another negative [pregnancy test] the first day of chol hamoed [the middle four days of Passover]. And being with my pregnant sisters-in-law made it harder.”

Before creating IWSTHAB, Baron worked at NechamaComfort, an organization providing support to Jewish families who experienced pregnancy loss. She occasionally managed the group’s social media presence. Although the posts were mainly promoting upcoming events or support groups, “I started fielding all sorts of phone calls and emails from lots of different people in the community: ‘My daughter needs to have a surrogate, who can you recommend, who can I talk to, what organization, which people have gone through this?’ ‘I need a doctor for this,’ ‘I need someone to help me with that,’ it was the whole gamut of anyone struggling with any area along this continuum,” Baron recalled. “I also, at the same time, really saw the emergence of what social media could do for people in this community — the fertility community, not the Jewish community.”

Fertility accounts seemed to be popping up all over Instagram, but Baron could not find any catering directly to the Jewish community. “There were and are so many Jewish organizations that do this work, but nobody was utilizing social media in a supportive way, the way I saw so many of these other accounts doing,” she said. Instagram’s younger demographic perfectly aligned with the women aged 20-40 she hoped to reach. She started IWSTHAB in the summer of 2019.

IWSTHAB is unapologetically Jewish; it describes itself as “a supportive space for anyone in the Jewish community struggling to have a child.” The issues discussed on the page affect all women, and many who are not Jewish follow the page as a source of comfort. “If you feel comfortable by the fact that, you know, we might be discussing Rosh Hashanah at some point, welcome,” Baron said.

Infertility affects women of all backgrounds, but everyone experiences it differently, and Jewish women — particularly Orthodox women — face unique challenges. Rachel, 30, a lawyer who is now pregnant with her second child after a miscarriage and infertility followed the birth of her first child, said that her non-religious friends and doctors do not understand her concerns. (She asked that JI not use her last name for privacy reasons.)

“When I started going to my reproductive endocrinologist, or even my OB after my miscarriages, they were like, ‘You’re so young, you’re 30.’ And I was like, ‘Well, it’s nice that you think I’m young, but compared to my friends, who are also 30 and have three or four kids, I feel very behind,’” Rachel said. She has expressed this feeling to law school friends who are not religious, most of whom are far from even considering pregnancy: “It’s hard to understand that if all your friends are starting to have their first kids at, like, 36. But if all your friends are having their first kids at 20, it makes more sense.”

Rachel is now in her third trimester with her second child, and the three-plus-year gap between the pregnancies feels large for her community. “There’s people around you constantly that are having babies and getting pregnant, and people tend to expect you to get pregnant very quickly, and expect that you’re going to be pregnant every time they see you. It’s stuff like that, that all of the Jewish holidays are communal,” she noted.

Another place Orthodox women uniquely feel the challenges of infertility is at the mikvah, the ritual bath Jewish women visit monthly at the beginning of their menstrual cycle. “It’s hard to explain to someone who doesn’t go to the mikvah what that monthly endeavor is like. It rips my heart apart,” Rachel explained. For women hoping to conceive, that moment of getting a period and realizing there is no pregnancy can be devastating. “But this is such a moment, and it takes up a whole night,” Rachel said. 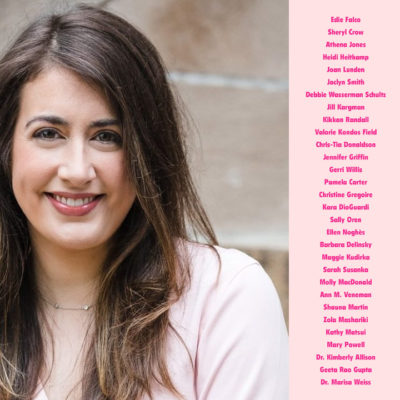 After her miscarriage, Rachel had tried to talk to her therapist. “All of the things that you’re not supposed to say that someone who has miscarried or has infertility, she said, like, ‘Don’t worry, when you get pregnant again, it’ll all feel better.’” But, Rachel wanted to know, what about feeling better now? She then found Baron’s Instagram, and joined one of IWSTHAB’s virtual support groups. “I was just really in a low place, and speaking to people who could understand where I was coming from was just so immensely helpful,” Rachel recalled.

Although the account’s intended audience is women and their partners who are struggling with infertility, Baron hopes that its message can begin to reach deeper into the Jewish community. Ultimately, her goal is not only education about infertility. It’s “universal messages of love and caring and support for anyone who’s going through anything,” she explained.

“I don’t even view this as only infertility or loss,” Baron said. “People struggle with lots of different things in their life, and we as a community try to be sensitive to all the downtrodden, right? The widows, the orphans, the people who are poor, the people who don’t have jobs, the people who are going through cancer, alcoholics and mental illness — we do all of those things as a Jewish community. So this is another group.”