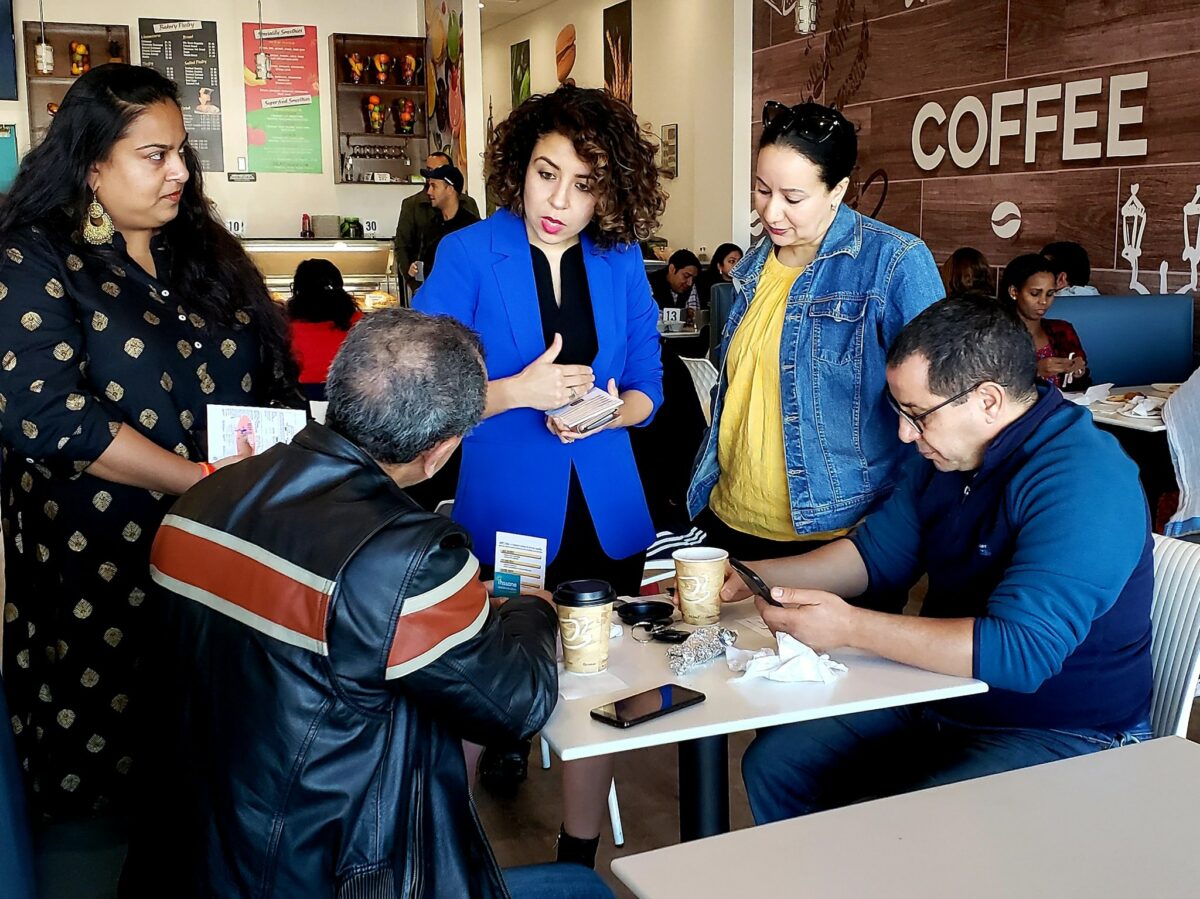 Weeks before Democrats in the Boston suburbs go to the polls to choose a successor to Rep. Joe Kennedy III in Massachusetts’s 4th congressional district, candidate Ihssane Leckey elaborated on her views on the Israeli-Palestinian conflict and domestic antisemitism in a Jewish Insider questionnaire.

Leckey, who grew up in Morocco before moving to the U.S. at age 20 and later marrying into a Jewish family, said she has a special insight into the issues at play in the Israeli-Palestinian conflict.

“I will stand with the Israeli and Palestinian people against fascist regimes and the profiteers of war and will oppose sanctions that harm civilians,” Leckey, who is Muslim, said. “If the Israeli and Palestinian people vote for a two-state solution under democratic conditions, I will support it, and believe it will be necessary to make sure Area C (under Oslo Accords) is returned to Palestinian control and Israeli settlements are not used as grounds for illegal annexation.”

Israeli Prime Minister Benjamin Netanyahu has for months been pushing a plan to annex portions of the West Bank, though last week’s Israel-UAE peace accord effectively — though potentially temporarily — shelved those plans.

Leckey went on to condemn the Trump administration’s Mideast peace plan as “‘peace’ in name only.” She also criticized Trump’s recognition of Jerusalem as Israel’s capital — which came a year after the Senate unanimously passed a resolution calling on the president to abide by the provisions of the Jerusalem Embassy Act of 1995 — as “incendiary and antithetical to peace.”

“It is critical that America take a constructive and even-handed approach in negotiations,” Leckey added. “We must lead with a compassionate and principled diplomacy-first foreign policy rooted in human rights, democratic values, respect for international law, and moral clarity.”

Leckey said she would advocate for conditioning U.S. aid to Israel to prevent annexation, as well what she described as other human rights abuses.

“The current situation in Gaza is inhumane and unsustainable,” she said. “We cannot give extreme, right-wing governments in Israel, Saudi Arabia, or any country, carte-blanche. If we are going to successfully work toward peace we must use the leverage we have to demand respect for human rights and democracy.”

Leckey also said she would support the U.S. re-entering the JCPOA nuclear agreement with Iran.

Leckey condemned antisemitism within the United States, describing it as an issue not limited to any particular political party, but in her pointed only to examples from the Republican Party.

“I believe that there is a dangerous acceptance and propagation of anti-Semitism on the Right, and I believe the Left has a moral obligation to improve its analysis of anti-Semitism and continue to viliglantly fight back against all forms of hate,” she said.

She specifically called out the president and other Republicans for deploying antisemitic rhetoric.

Leckey also expressed concern that accusations of antisemitism could be deployed to block debate over Israel.

To confront antisemitism, Leckey called for increased public funding for security at synagogues and other houses of worship, strong gun control legislation, and anti-racist curricula in schools addressing issues like the Holocaust and white nationalism in the U.S.

Leckey, who was endorsed by Jewish Voice for Peace and If Not Now Boston, has had minimal engagement with the sizable Jewish community in the district. Jeremy Burton, executive director of the Jewish Community Relations Council of Boston, noted that Leckey is one of just two candidates in the crowded race who — prior to completing JI’s questionnaire — had “declined or ignored” opportunities to engage with the Jewish community.

“We continue to encourage the community to do their research about the candidates, their positions and who they’ve been endorsed by before voting,” Burton said.

Barry Shrage, a professor in the Hornstein Jewish Professional Leadership Program at Brandeis University and the former president of the Combined Jewish Philanthropies of Greater Boston, told JI last week that most of the candidates would do a fine job representing the 4th district. He was critical of Leckey, who, he said, “really doesn’t understand the nature of Israel, its political systems, its strengths.”