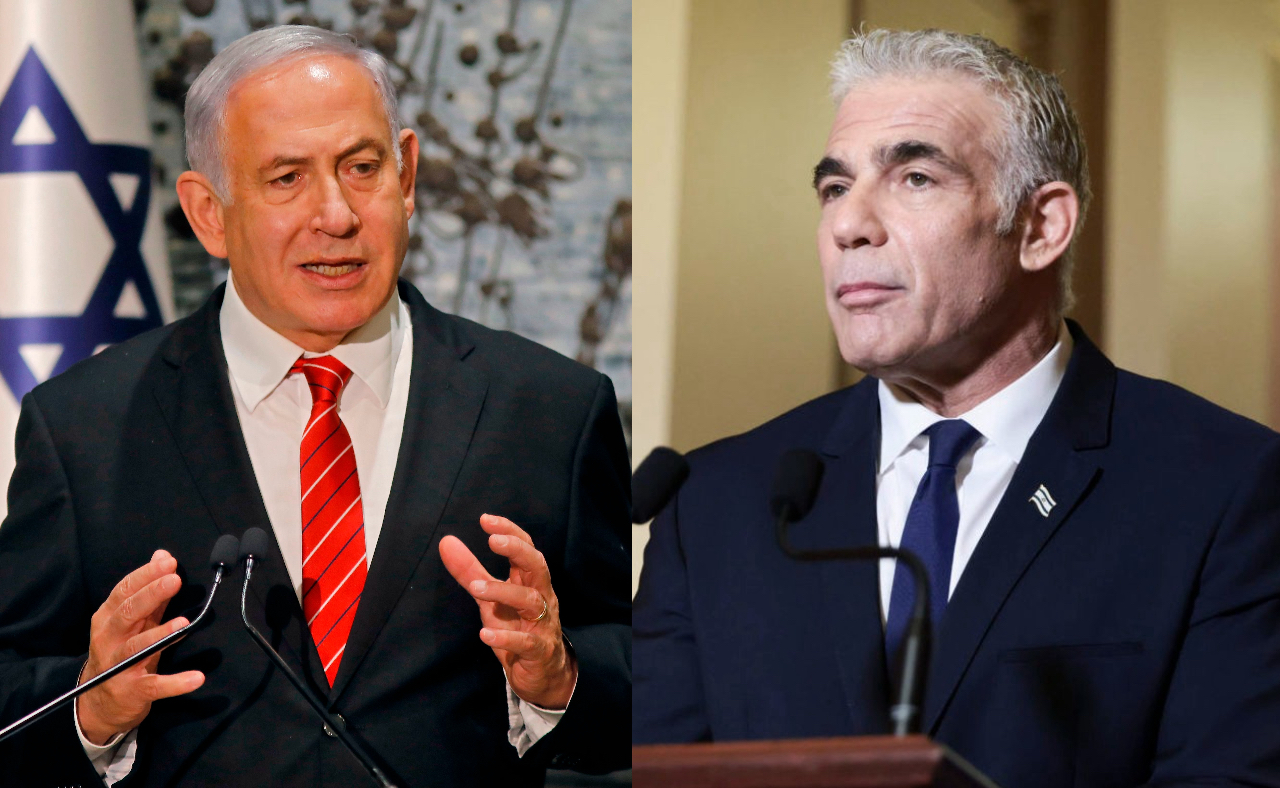 Israelis have made a sport out of general elections, so Jewish Insider is taking a look at the odds for the different scenarios

With a deadlocked Israeli electorate heading to the polls today for the fifth time in less than four years, the Jewish state appears to have made a national sport out of general elections.

And what’s a sport without the art of speculating about who might come out on top?

In an attempt to make sense of what could be the closest vote of the recent elections – with little change to the two main political blocs – pollsters, pundits and the public are hedging their bets on who, if anyone, might actually win this time.

Pollsters, who carried out a whopping 15 surveys in the final week before the election, published their final round of results on Friday night, in accordance with Israeli law, which dictates that no polls can be published within three days of an election. According to the numbers, there is unlikely to be any dramatic change to the country’s political makeup, and no party or bloc ­– pro-Netanyahu vs. anti-Netanyahu – appears strong enough to clinch the election outright.

In Israel’s fragmented parliamentary system, it is rare for a single party to win enough seats to form a government. Immediately following the election, the various factions, some with wildly opposing ideologies, begin a complicated round of inter-party negotiations in an attempt to forge a coalition. A stable coalition government needs at least 61 seats out of a possible 120 Knesset seats to have any real chance of surviving, much less governing.

According to the poll published by Israel’s Channel 12 News, Opposition Leader and former Prime Minister Benjamin Netanyahu’s Likud party and his right-wing configuration of parties (Religious Zionism, Shas, United Torah Judaism) have the best chance of forming a coalition government, although the bloc is predicted to garner only 60 seats.

Hadash-Ta’al, the predominantly Arab party led by Ayman Odeh and Ahmad Tibi, could gain a paltry four seats and is unlikely to support either bloc of parties.

“I look at the polls and I am not sure that they can be accurate because there are two groups of people that it’s very hard to poll,” professor Gideon Rahat, a senior fellow at the Israel Democracy Institute and a member of the Hebrew University of Jerusalem faculty, told Jewish Insider.

“First, it’s the ultra-Orthodox, and I suspect what the pollsters have done is look at the previous election and give the ultra-Orthodox parties the same support because their voters are stable,” he continued, raising the question of where support for Religious Zionism, led by far-right politicians Bezalel Smotrich and Itamar Ben-Gvir, has come from.

“Their votes are supposed to come from the ultra-Orthodox parties, but how can [those] parties be staying the same size and [Religious Zionism] be going up?” asked Rahat, adding that there is also an issue with accurately polling Israel’s Arab population.

Below, JI previews four possible scenarios of what could happen in the days and weeks after today’s vote:

There are a few factors that could allow Netanyahu and the bloc of right-wing, religious parties that have committed to supporting him to surpass 60 seats. Surveys taken in the final days of the campaign are not always accurate, and do not account for those who were undecided going into the weekend, who could throw their support behind the former longtime leader or one of the parties backing him.

Another possibility that could give Netanyahu his long-coveted victory is the failure of one of the smaller parties to mobilize their voters. If any one of those groups – the Arab parties, Labor or Meretz – does not cross the electoral threshold (3.25 percent of the overall vote), their ballots will be redistributed in a way that might just tip the balance in his favor. If Netanyahu, together with Religious Zionism, Shas and United Torah Judaism, reaches 61 seats, then they will be able to form a coalition, albeit with some of the most extremist politicians in Israel’s history.

Pundits have been cautioned that Netanyahu could lose the support of those who have backed him through four previous election bids if he again fails once again to form a successful government.

Analysts believe there are growing voices within the Likud party who – if the party is unsuccessful this time – will demand a change in the faction’s leadership. Those demands could be compounded by the frustrations of the religious parties, which for more than a year have been locked out of the government, and as a result, lost resources for their community. If Netanyahu, whom they have backed for more than a decade, fails to bring them back to power, then these groups could decide to throw their support behind another candidate. There is precedent for this — in the past, they have sat in Labor-led coalitions.

A breakdown of the bloc is, according to some analysts, what Lapid and Gantz, are banking on this time around. Both leaders appear willing and open to negotiating with other partners or scooping up dissatisfied candidates if they have the chance, with Gantz consistently presenting himself as a viable option to be Israel’s future prime minister.

Lapid or Gantz agree to enter a coalition with Netanyahu

With apathy (and anger) for this fifth election extremely high among the Israeli public, another deadlocked result could sway either Gantz or Lapid to agree to join Netanyahu in forming a stable government.

This scenario could also arise if either Netanyahu decides not to invite the Religious Zionism party – with some extreme, fanatical elements and ideologies – to join him, or if Lapid or Gantz deem it important enough to block such politicians from sitting in an Israeli government. Both leaders have stated unequivocally that they have no intention of working with Netanyahu again – Lapid served as finance minister in Netanyahu’s government from 2013-14 and Gantz as defense minister and deputy prime minister on rotation from 2020-21 – but as with all things related to Israeli politics: Anything is possible.

Situation remains the same – Lapid stays on as prime minister

In this scenario, no bloc of parties reaches 61 seats, and no bloc is able to put together a viable coalition in the days and weeks that follow. This would mean that Lapid, who became a caretaker prime minister in July after his predecessor, Naftali Bennett, said he could no longer govern and called an election, will remain at the helm – until there is another election. This would most likely suit Lapid, who could use the office to continue promoting his leadership skills and prove himself ahead of a sixth election.