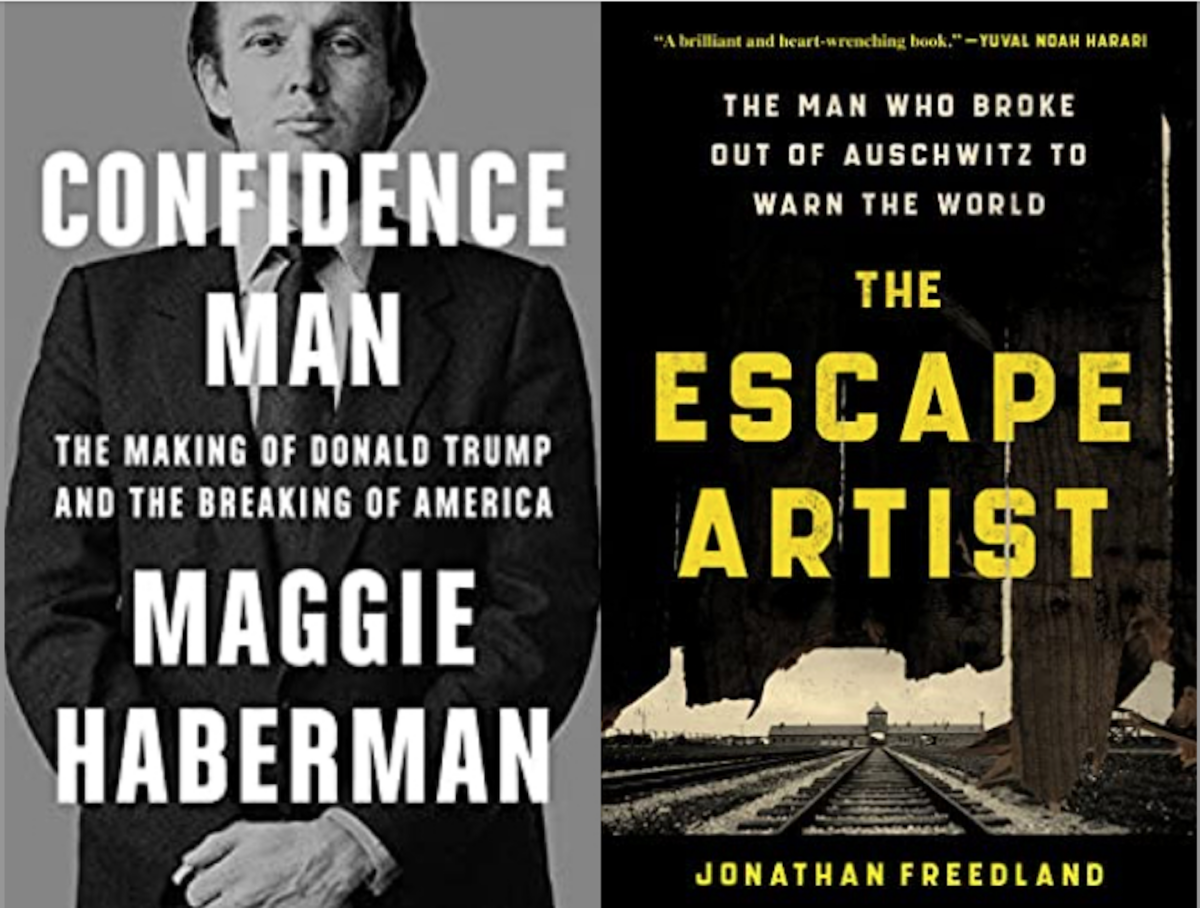 ​​In the latest installment of a series exploring new and upcoming books, the team at Jewish Insider previews top titles coming out in October:

Confidence Man: The Making of Donald Trump and the Breaking of America, by Maggie Haberman (Oct. 4): In one of the most-anticipated books of the season, the New York Times political reporter provides one of the most in-depth looks at the 45th president, from his childhood in Queens to his tumultuous four years in the White House.

If You Want Something Done: Leadership Lessons from Bold Women, by Nikki Haley (Oct. 4): The former U.S. ambassador to the United Nations looks at 10 women — from former Israeli Prime Minister Golda Meir to Cindy Warmbier, who fought for her son’s release from North Korean captivity — who have demonstrated courage and leadership, while sharing stories from her own trailblazing life.

By Way of Deception, by Amir Tsarfati and Steven Yohn (Oct. 4): This fiction thriller, inspired by real events, looks at two Mossad agents’ efforts to halt an Iranian plot to smuggle weapons of mass destruction into Israel.

Boldly Go: Reflections on a Life of Awe and Wonder, by William Shatner (Oct. 4): Known to millions as Captain Kirk of “Star Trek,” Shatner — who grew up in a Conservative Jewish family in Montreal — is less an autobiography and more of a series of essays by the nonagenarian.

Morgenthau: Power, Privilege, and the Rise of an American Dynasty, by Andrew Meier (Oct. 11): The former Time magazine reporter digs into the history of the Morgenthau family, and looks at the profound effect its members had at all levels of business and government over the course of four generations.

Jewish Pride, by Michael Steinhardt (Oct. 18): The philanthropist traces his life’s trajectory from the Brooklyn neighborhood of Bensonhurst to Wall Street and into the public sphere as one of the most prominent contributors to Jewish causes.

Bibi: My Story, by Benjamin Netanyahu (Oct. 18): Weeks ahead of the election that could determine the final chapter in Netanyahu’s political life, the former Israeli prime minister and current opposition leader chronicles his life, weaving his personal narrative with the history of a young Jewish state.

The Escape Artist: The Man Who Broke Out of Auschwitz to Warn the World, by Jonathan Freedland (Oct. 18): Freedland, a longtime Guardian columnist, spotlights Rudolf Vrba, the first individual known to have escaped from the notorious Polish concentration camp, bringing with him a detailed report of Nazi atrocities being committed against Europe’s Jews.

Reclaiming Our Story: The Pursuit of Jewish Pride, by Ben Freeman (Oct. 24): In his sophomore book, Freeman looks at the history and impact of antisemitism to help Jewish readers foment a sense of internal pride over their history and identity.
The Women of Rothschild: The Untold Story of the World’s Most Famous Dynasty, by Natalie Livingstone (Oct. 25): Livingstone’s debut book dives into the history of the female members of the prominent Jewish family, and how they were key players in the Rothschild family’s successes.