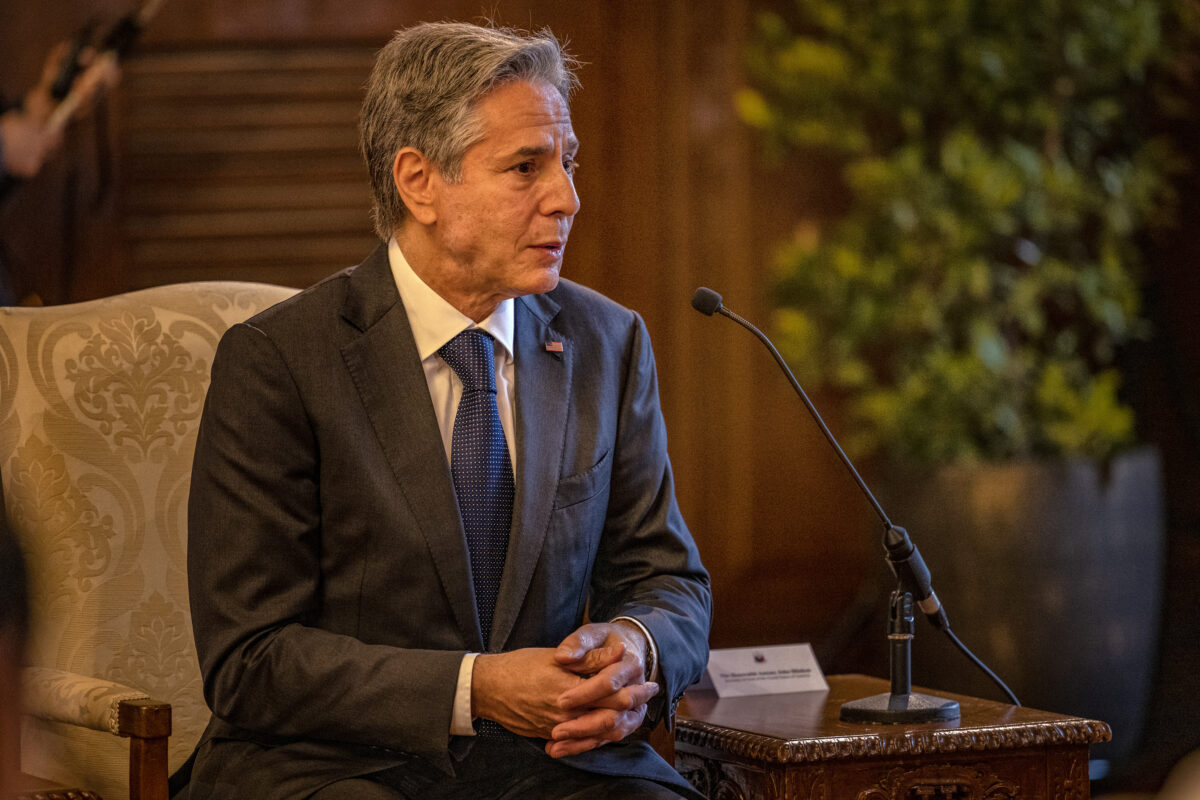 Not long after Joe Biden clinched the Democratic nomination in 2020, he and his team of foreign policy advisors began to use a new phrase to describe their vision for a renewed nuclear deal with Iran.

“I’ll work with our allies to make it longer and stronger,” Biden said at a 2020 fundraiser, one of dozens of public instances in which top administration officials — on the campaign trail and then in the White House — would call for a “longer and stronger” deal to last longer than the 2015 Joint Comprehensive Plan of Action and curb not just Iran’s nuclear program but also its malign regional activities, such as its support for terrorist groups like Hamas and Hezbollah.

Now, as Washington awaits a response from Iran on America’s comments on a draft nuclear agreement negotiated by the European Union, top U.S. officials are no longer calling for a “longer and stronger” deal. In the early months of the Biden administration, everyone from the president to Secretary of State Tony Blinken to Jen Psaki, the former White House press secretary, had used the phrase. And for a presidential administration that strictly sticks to fine-tuned, top-down language on controversial policy issues, it was clear that “longer and stronger” was administration policy for a time. When those same officials ceased using the term, it suggested something had shifted.

A review of statements from the White House and the State Department shows that Biden administration officials stopped using the phrase in June 2021, amid an Iranian election campaign that would result in the election of a president whose foreign minister said in September that the country would not sign onto a “longer and stronger” agreement.

But the Biden administration never explained publicly what changed for them. “A mutual return to full implementation of the JCPOA must be and can be the starting point for renewed diplomacy – not the end point,” a State Department spokesperson told Jewish Insider in an email on Wednesday. “From that basis, we would be in a better position to pursue other diplomatic objectives but also to deter, contain, or confront other dangerous or destabilizing Iranian policies.” The spokesperson declined to comment on whether the Biden administration has changed its policy toward Iran.

“Campaigning is about telling people what they want to hear. Governing is usually a much messier process, determining what exactly you’re going to get,” said Aaron David Miller, a senior fellow at the Carnegie Endowment for International Peace who has served in Democratic and Republican administrations. “I think that when ‘longer and stronger’ was enunciated, I think there wasn’t much conviction that in fact it could be achieved.”

That doesn’t mean, Miller said, “that it was a cynical manipulation of Congress or the Israelis. But I think it quickly became apparent that ‘longer and stronger’ was going to run into … It’s Mike Tyson,” Miller added, referring to the heavyweight boxing champion. “You have a plan until you get punched in the mouth, and then the plan changes.”

Moderate Democrats in Congress who had been critical of the 2015 deal welcomed Biden’s argument that the U.S. negotiating team would seek a “longer and stronger” deal, with many, such as freshman Rep. Shontel Brown (D-OH), adopting identical language in their own positions.

At a June 2021 Senate hearing, Sen. Bob Menendez (D-NJ) asked Blinken about Biden’s pledge to negotiate a “longer and stronger” agreement. Blinken questioned “​​whether there are areas where we can get even stronger commitments from Iran” and noted that any such commitments would require concessions to Iran, which may not be favorable to Washington.

“Longer and stronger would have meant concessions to Iran on the part of the United States, perhaps even the end of primary sanctions,” said Miller, who believes the U.S. should reenter the JCPOA. “It would have required Iran to fundamentally alter its whole ethos, which in my judgment would mean not using the United States and Israel as a foil, in order to validate their revolutionary ideology.” That’s something Iran has shown no willingness to do.

In May, 16 Democratic senators voted in favor of a Republican-led nonbinding resolution stating that a nuclear deal with Iran must address the country’s support for terrorism in the region. “We want a longer and stronger deal,” Sen. Cory Booker (D-NJ) told Politico at the time.

Congressional critics have hammered Biden administration foreign policy officials about their commitment to a “longer and stronger.” In a Senate Foreign Relations Committee hearing this May, ranking member Sen. Jim Risch (R-ID) asked chief Iran negotiator Rob Malley, “Why should we believe you in any way, shape or form when you don’t keep the commitments that were made before, the longer and stronger deal that was promised?”

Malley responded by referring to an administration policy that had largely gone unmentioned in the previous year. “What President Biden said, what Secretary Blinken said, what all members of the Administration have said is let’s get back into the deal and use that as a platform to get a longer and stronger deal, in large part because it’s much safer to negotiate a longer, stronger deal when we know that their nuclear program is in check, rather than to negotiate with the looming threat of a threshold state before us,” said Malley.

Joel Rubin, a vocal supporter of the Iran deal who served in the Obama State Department, argued that the administration is trying to navigate the thorny politics of the issue, and that Biden is getting flack not just from moderate Democrats and Republicans but from progressives. “This cuts in all directions,” Rubin told JI. “Like, what about people on the progressive side who are frustrated that Biden didn’t get in right away and just rejoin?”

He also noted one aspect of the negotiations that does go beyond the nuclear issue: Biden held firm to his condition that Iran’s Islamic Revolutionary Guard Corps not be removed from Washington’s list of foreign terrorist organizations, which Rubin argued fits in the “stronger” category.

In recent weeks, as nuclear negotiations appear to be reaching a conclusion, Biden administration officials have remained tight-lipped about what they hope to see from Iran. Instead of “longer and stronger,” one phrase has been a constant: “We’re not going to negotiate in public.”

This post was updated at 8:40 p.m. on 8/31/22 to add comment from the State Department as well as testimony by Special Envoy for Iran Rob Malley at a May Senate hearing.