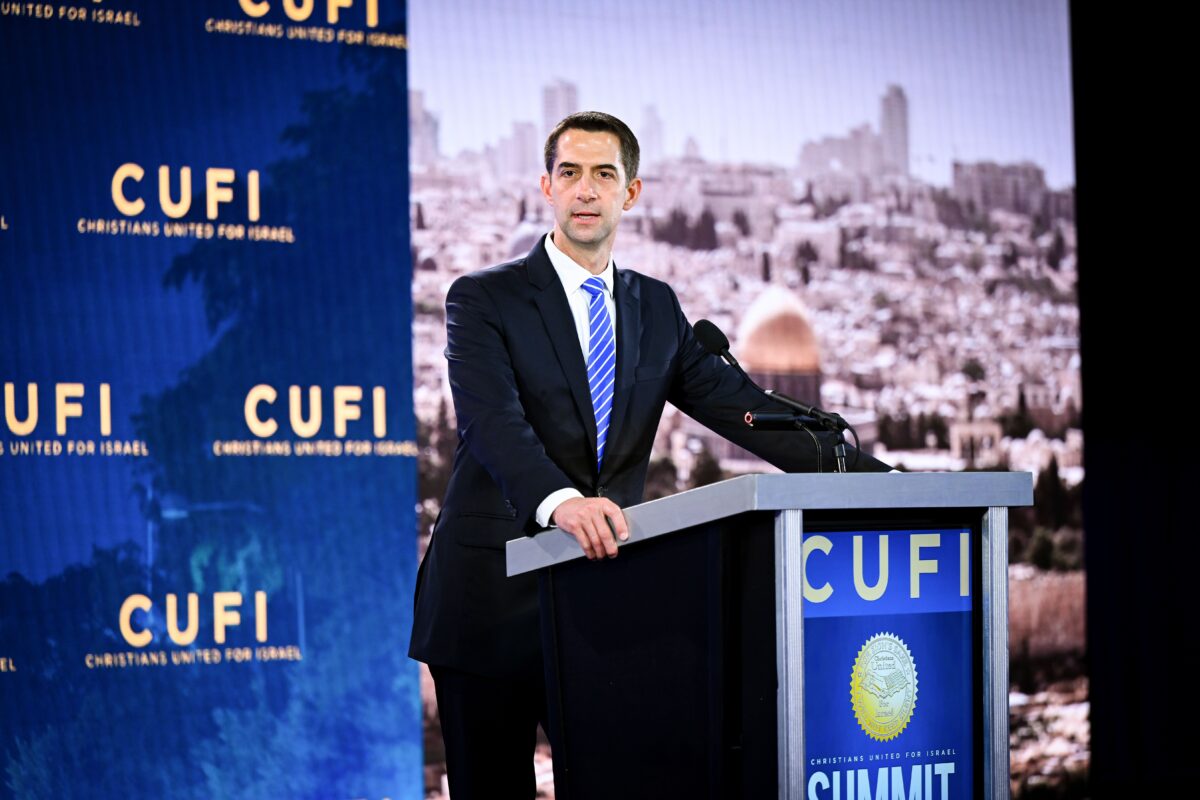 “We can fight the antisemitic BDS movement by passing a bill I plan to introduce this year to deny military contracts to any company that boycotts Israel,” he said.

Earlier this month, Rep. Josh Gottheimer (D-NJ) introduced an amendment to the 2023 National Defense Authorization Act that would have required a Defense Department report on whether any Defense Department contractor “participates in or supports any organized effort or organization that, based on a belief that Israel is oppressing Palestinians, promotes a boycott of, removal of investments from or economic sanctions against Israel or any person or entity in Israel.”

Sen. Jacky Rosen (D-NV), who also addressed the summit, expressed her opposition to U.S. reentry into the 2015 Iran nuclear deal, arguing that any new agreement needs to carry more weight than its predecessor.

“The future agreement needs to be stronger than the JCPOA,” she said, referring to the 2015 Joint Comprehensive Plan of Action. “We need to be sure that we have rigorous inspections, we need to put a limit on the centrifuges, we need to remove those sunset clauses because we can never allow Iran to have a nuclear weapon.”

Rosen and more than 60 other members of Congress voted earlier this year in favor of nonbinding motions opposing a nuclear-only Iran deal and withdrawing the Islamic Revolutionary Guard Corps’ terrorism designation.

“It made a very clear statement to the administration, and the administration within days came back and repeated what we just said to them,” Sen. James Lankford (R-OK), who spoke alongside Rosen at the summit, said. “So it was kind of a stake in the ground to say, ‘This is where the Senate is on this.’”

In separate remarks at the CUFI summit, Sen. Ted Cruz (R-TX) claimed that the Biden administration is seeking to reestablish a diplomatic mission to the Palestinians in Jerusalem to “undermine Israel.”

“The entire purpose of that is not to give consular services to the Palestinians, you can do that in Ramallah. The purpose of putting it in Jerusalem is for one reason and one reason only, and that is to elevate Palestinian claims of sovereignty to the city of Jerusalem,” Cruz said.

As part of the conference, CUFI is sending approximately 1,200 activists to Capitol Hill for nearly 400 meetings with lawmakers and their staffers. The activists’ priorities will include the DEFEND Act promoting Middle East regional air-defense cooperation, legislation that seeks to eliminate the U.N. Commission of Inquiry investigating Israel and U.S. defensive aid to Israel.

Boris Zilberman, CUFI Action Fund’s director of public policy and strategy, noted to Jewish Insider that, even among countries with which Israel does not have official relations, ties with the Jewish state have developed on an unofficial basis through Israel’s incorporation into U.S. Central Command (CENTCOM).

“Because of CENTCOM, because the IDF has now sent an officer to the Fifth Fleet in Bahrain, and at that location there are Abraham Accords countries but there are also officers from countries that are not Abraham Accords countries,” he said. “They obviously have some sort of working relationship. And there’s also the stuff that’s under the radar that’s been going on for years.”

Zilberman also argued that it is important to keep lawmakers focused on the issue of U.S. security aid to Israel, given that the next presidential administration will be responsible for negotiating a new Memorandum of Understanding with Israel shortly following the 2024 election.