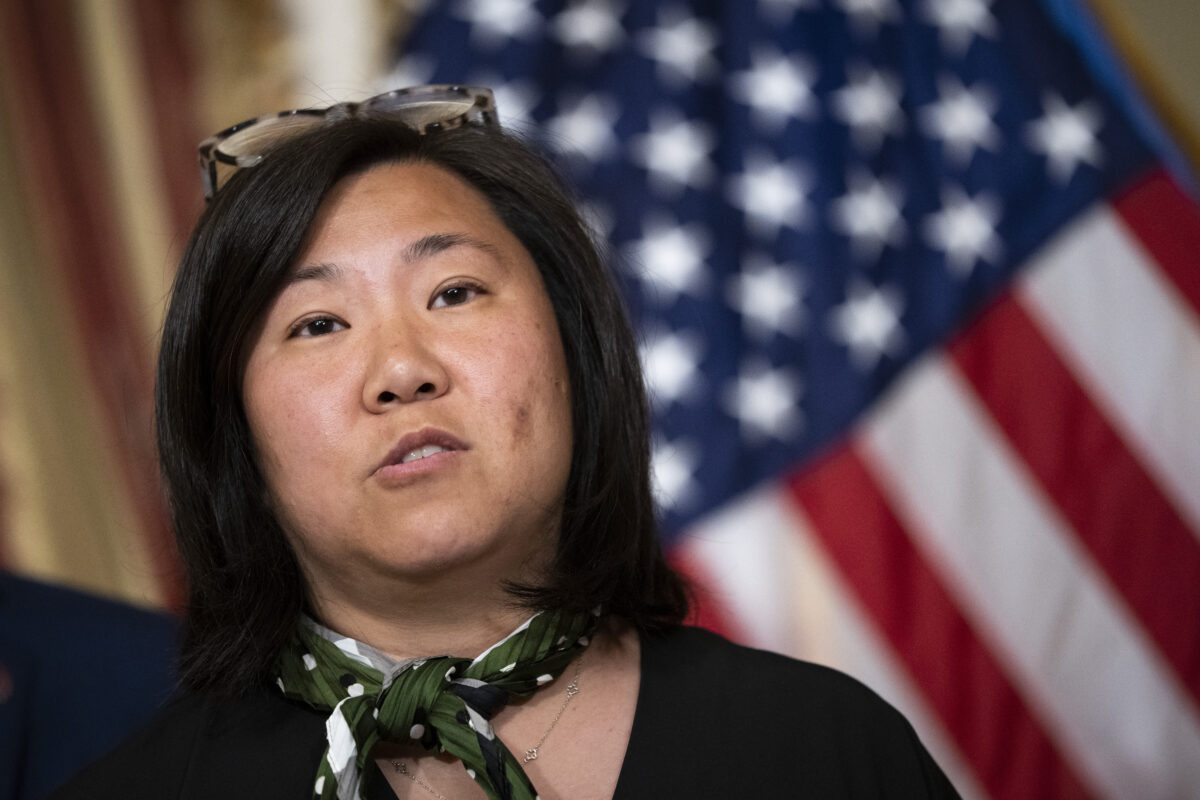 Rep. Grace Meng (D-NY) attends a bill enrollment ceremony for H.R. 3525, a bill to create a commission to study making a national museum of Asian Pacific American History and Culture, at the U.S. Capitol June 7, 2022, in Washington, D.C.

A broad cross-section of House lawmakers, ranging from staunch Israel supporters to vocal Israel critics, urged the Defense Department on Thursday against downgrading the rank of the U.S. official responsible for managing security coordination between the Israelis and Palestinians in the West Bank.

The Defense Department is mulling lowering the rank of the U.S. security coordinator (USSC) from a three-star general to a colonel as part of a congressional requirement to decrease the number of top-ranked officers, according to Axios. Advocates of the program, which is broadly popular, worry that it could decrease the coordinator’s effectiveness and hamstring security.

Reps. Grace Meng (D-NY) and Mike Waltz (R-FL) led 55 of their colleagues in a letter that was sent to Defense Secretary Lloyd Austin yesterday and obtained by Jewish Insider, which urges him not to alter the security coordinator position.

“While we understand there is in place a congressionally-mandated requirement to reduce the number of active duty General Flag Officers by 2023, per the [fiscal year] 2017 National Defense Authorization Act, the USSC should not be downgraded,” the letter reads. “Should the USSC be less effective or eliminated, it will have clear detrimental consequences for Israeli security, Palestinian safety and stability and U.S.-Israel relations.”

In a demonstration of the broad popularity of the security coordinator program, signatories to the letter span from reliably and vocally pro-Israel lawmakers from both parties, such as Reps. Andy Barr (R-KY) and Ted Deutch (D-FL), to progressives who have been outspoken in their criticisms of Israel and the U.S.’s Israel policy, such as Reps. David Price (D-NC) and Melanie Stansbury (D-NM).

The letter calls the USSC “crucial for ensuring ongoing security coordination” that prevents terror and stymies terror groups’ efforts to gain a foothold in the West Bank.

“Downgrading this position would undermine U.S. leadership and credibility in a region where it is essential to have a high-ranking officer who can engage with the region’s highest-level military leaders,” it continues.