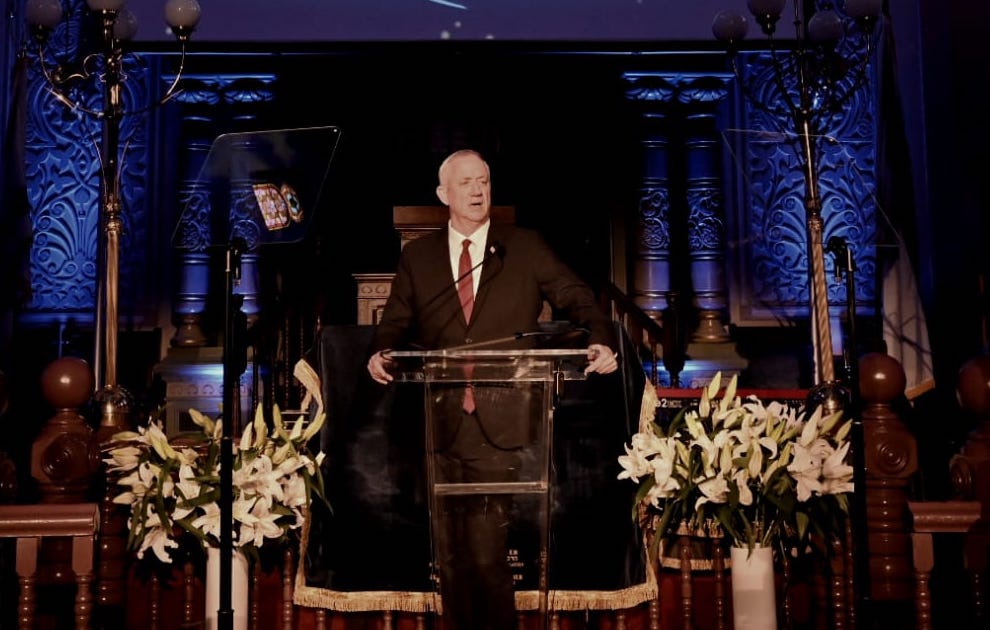 Israelis and Palestinians “have to figure out a way to coexist with one another,” Israeli Defense Minister Benny Gantz said on Sunday, amid an uptick in violence that has left 20 Israeli civilians dead in recent weeks.

Gantz, who was wrapping up a five-day trip to the U.S., told reporters in New York that the government was looking to stem the string of deadly attacks that have targeted Israeli civilians across the country. “We lost 20 people in the last five to six weeks,” he said. “We must stop this wave.”

“I think we need to insist on security,” he added, noting that he has met twice in recent months with Palestinian Authority President Mahmoud Abbas. “We do need to increase the governance of the Palestinians, because we want to strengthen the Palestinian Authority and weaken Hamas; this is what we are dealing with. So first and foremost, we need to continue this policy. We don’t give up on security, wherever it is. And we are connecting with them [on] different levels. And I think we should continue to do that. While doing so, we need to explain our position to our American friends and to see the reality as it is on the ground.”

Gantz also said that the Palestinian Authority could be involved in administration at the Allenby Bridge, weeks after U.S. Ambassador to Israel Tom Nides suggested that the PA should be granted authority at Israel’s border crossing with Jordan.

“I can think of involvement, I cannot think of responsibility,” Gantz said. The defense minister cited the border crossing between Gaza and Egypt, where he said Hamas has been “equipped” with “operational capabilities.”

Gantz was in New York following meetings in Washington with Defense Secretary Lloyd Austin and National Security Advisor Jake Sullivan. Earlier in the day, he spoke at Manhattan’s Park East Synagogue, at an event hosted by the Defense Ministry’s Department of Bereaved Families, Commemoration and Heritage to honor the families of Israelis killed by war and terrorism.

He compared the Israeli people to the biblical David fighting generations of Goliaths. “Not only did we survive, not only did we make the desert bloom, but we also built the strongest military in the Middle East. Because history shows us that we must defend ourselves by ourselves. We must be our own David.”

Gantz was joined at the event by Asaf Zamir, Israel’s consul general in New York, and Rep. Carolyn Maloney (D-NY).

The New York congresswoman touted Congress’ backing of $3.3 billion in military aid to Israel, as well as $1 billion for the Iron Dome missile-defense system.

“Israel’s security is important to the cause of peace in the Middle East, and I would say the world,” Maloney said. “A growing number of Middle Eastern countries recognize that it is better to have Israel as an ally than an enemy. And after decades of hard work and isolation, Israel is really starting to develop deeper relationships with many other neighbors who see Israel’s strength as important to their own security and their own stability.”