‘Certainly if you’re going to do an Iran deal, I think it’s extremely important to our part of the world that this will be done,’ Herzog said of rebuilding strained U.S.-Riyadh ties 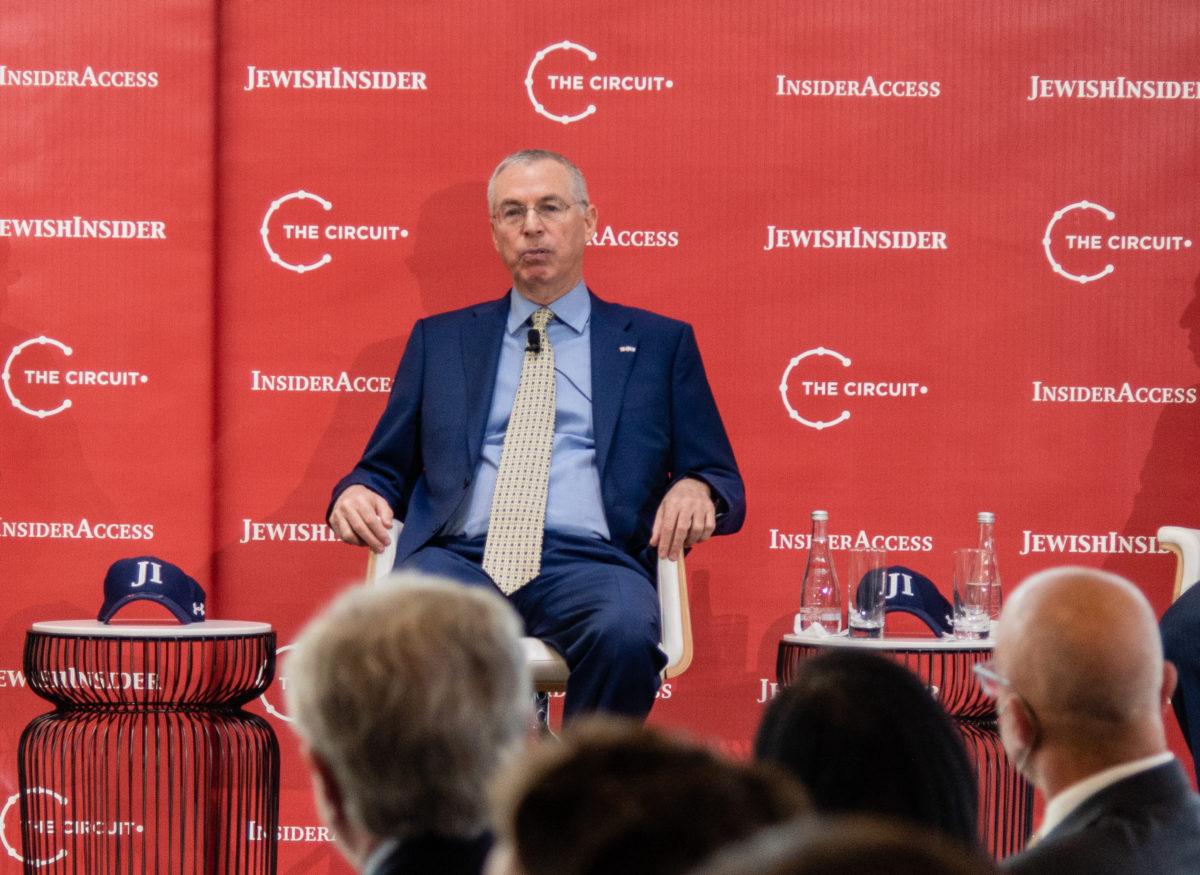 Israeli Ambassador to the U.S. Michael Herzog on Thursday called on the U.S. to repair its strained relations with Saudi Arabia, particularly in the event that it reenters the 2015 nuclear agreement with Iran — Riyadh’s biggest regional foe.

“I understand the U.S. concerns but I think Saudi Arabia is a hugely important actor in our part of the world and the Islamic world as a whole. And it’s important, in my view, to the extent possible, to fix relations between the U.S. and Saudi Arabia,” Herzog said at an Al-Monitor breakfast event on Thursday. “Certainly if you’re going to do an Iran deal, I think it’s extremely important to our part of the world that this will be done.”

Herzog also emphasized that Israel does not oppose a diplomatic deal with Iran outright, but is concerned about what the agreement under negotiation might contain.

“Israel is not against a diplomatic outcome between the international community and Iran,” Herzog said. “But the question is what exactly is it?”

The ambassador said that Israel would support an agreement that “rolls back Iran’s nuclear capabilities significantly and for a long time” — criteria he said were potentially consistent with the Biden administration’s initial pledges to seek a “longer and stronger” agreement with Iran.

Herzog reemphasized Israel’s well-publicized concerns about a potential agreement, including that Israel will “bear the consequences” of a new deal, particularly the increased funding it could provide for Iran’s terrorist activities, and that the sunset clauses in the original deal are already fast approaching.

He decried the proposition of removing the Islamic Revolutionary Guard Corps from the Foreign Terrorist Organizations list, reportedly a sticking point in talks taking place in Vienna. According to a recent Washington Post column, the administration has rejected this demand, but some of the deal’s most vocal U.S. proponents argue that delisting the group would have minimal practical effect.

“I have yet to hear an explanation of why, when you do a nuclear deal, you take IRGC off a terror list,” Herzog said. “What’s the connection between a nuclear deal and terrorists?… I would understand if you said to me, ‘OK, we’re doing a nuclear deal. We are lifting nuclear-related sanctions.’”

The ambassador laid out two preferred paths for Iran — a “reasonable agreement” that Israel “can live with” or continued deterrence.

Despite their disagreements about the negotiations, Herzog said that lines of communication with the Biden administration remain strong.

Such communication included the recent Negev Summit in Israel, including Israel, the U.S. and four Arab states — Egypt, Morocco, Bahrain and the United Arab Emirates. Herzog said that all five regional participants were “sending a very similar message” to Secretary of State Tony Blinken about Iran during that meeting.

On the issue of Arab-Israeli normalization, Herzog said that he would like Saudi Arabia to normalize relations with Israel, but said it is difficult due to “Saudi traditionalists’ views about how to go about Israeli-Arab peace” as well as “U.S.-Saudi relations.” He is nevertheless “optimistic.”

Herzog also addressed the recent wave of terror attacks inside Israel. He lamented the current state of the Jenin Refugee Camp in the West Bank, the home of the shooter who attacked a bar in Tel Aviv.

“In 2002, after the intifada, there were very extensive efforts to rebuild the refugee camp and reinvigorate it economically and socially, which were quite successful. But now we’re back to square one,” he said. “And I think one of the major reasons for that is that the Palestinian Authority lost control of that area.”

A political process between the two sides is also not practical at the moment, he continued.

“I believe both parties cannot shoulder [a political process] at this point — our government because of its unique composition, the Palestinian side being, again, a weak, dysfunctional entity divided in the West Bank and Gaza,” Herzog said. “The idea is right now rather than trying to initiate a political process to at least keep the window open for the political opportunities in the future.”