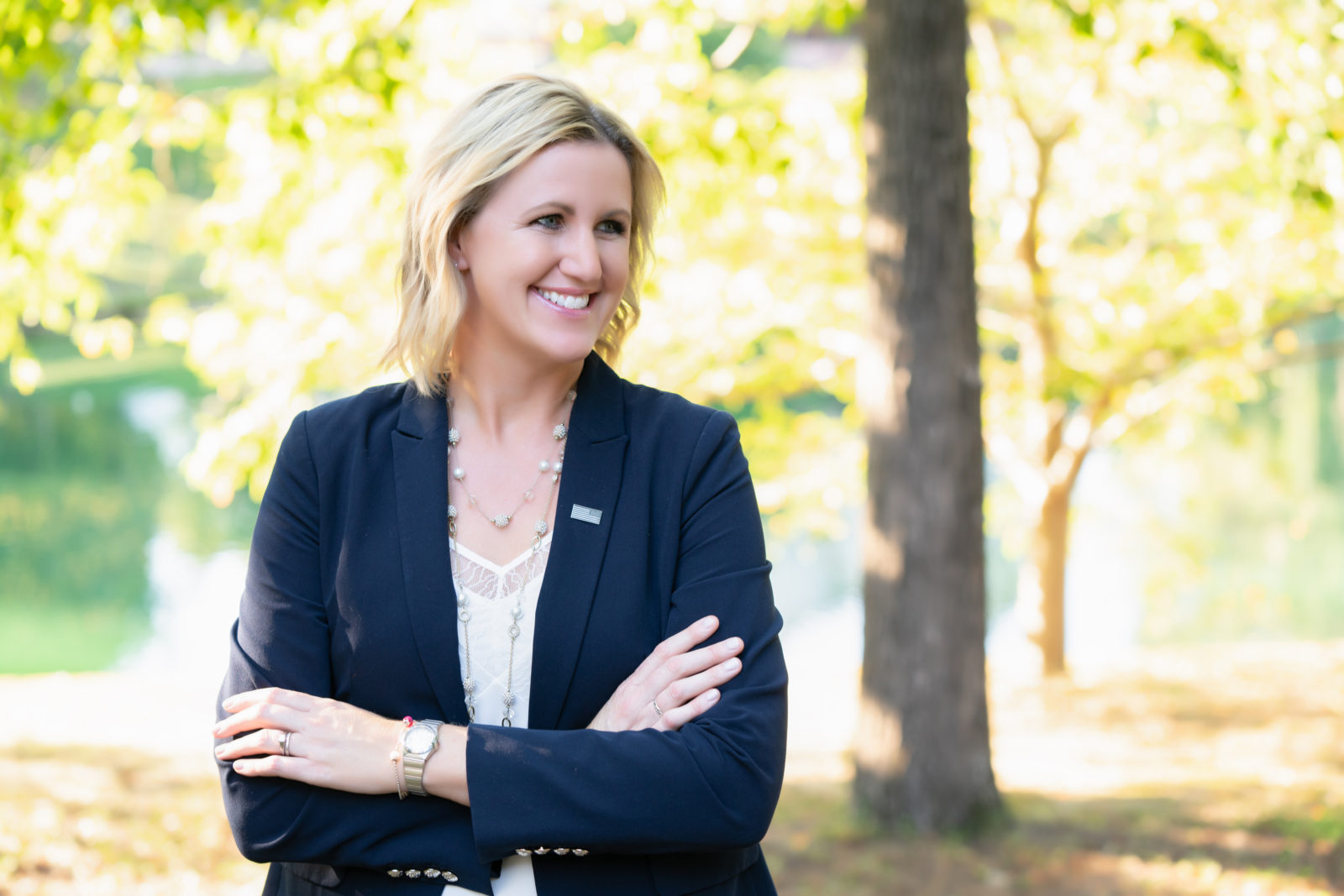 The N.C. Republican Senate candidate looks to the 40th president for a uniting vision

In North Carolina’s cutthroat Republican Senate primary — the dynamics of which have increasingly been shaped by former President Donald Trump — one underdog candidate is making a somewhat quixotic argument that the GOP should look further back to seek guidance from another influential conservative figurehead: Ronald Reagan.

“I’m all about Ronald Reagan’s big tent,” Marjorie Eastman, an author and Army veteran, told Jewish Insider in a recent interview. “We have quite a lot at stake, we have a bigger mission, and the values that conservatives have are what we need to really help our country move forward.”

By invoking the 40th president’s often idealized strategy of uniting voters in a broad coalition including independents as well as some Democrats, Eastman is harkening back to an era of American politics that, in hindsight at least, looks decidedly more civilized than the fraught political landscape on which Republican primaries now play out.

Eastman, 42, is one of several Republican candidates vying to succeed retiring Sen. Richard Burr (R-NC) in the hotly contested May primary, which has been among the nastiest elections of the midterms as Trump has exerted his influence to perhaps greater effect than other intra-party matchups where his endorsements have sometimes fallen flat.

The former president’s preferred candidate, Rep. Ted Budd (R-NC), who was a little-known congressman from North Carolina’s Piedmont Triad region before Trump plucked him from relative obscurity last summer, has recently seen a late-stage polling surge placing him well ahead of his opponents after months in which he had struggled to gain traction.

On Saturday, Trump spoke at a rally in eastern North Carolina, where he proudly boasted of Budd’s “big lead” with just over a month to go until the final votes are cast.

With such dynamics in mind, it is hard to imagine that Reagan’s vaunted legacy will resonate in any meaningful sense with a Republican electorate fixated largely on Trump. “It’s nice to invoke Reagan,” said Michael Bitzer, a professor of politics and history at Catawba College in North Carolina. “But you’ve got to have Trump on your side.”

Despite an uphill challenge, Eastman, who declared her candidacy months after Budd was anointed, said she was unfazed by Trump’s pick. As she promotes her positive message and unique story, the Senate hopeful argued, voters will recognize that she is the most qualified candidate to continue the former president’s policies, which she still supports, in the upper chamber.

“North Carolinians are very smart voters, they think for themselves, and they take all the information in,” she told JI. “It doesn’t matter if you believed in the last administration, liked the policies, maybe you’re a little bit more of a moderate or not. I just find that North Carolinians are very, very focused on moving forward and getting those policies back into place that were very successful in the last administration.”

From a policy standpoint, if not a stylistic one, many of the issues that Eastman says she would like to address as an elected official, according to her campaign site, are in tune with the modern Republican zeitgeist, including “border security,” “China’s communist government” and “election integrity.”

But some of her priorities stand out for a more traditionally conservative and perhaps even civically minded approach, such as the expansion of “clean energy jobs,” “empowering women” and “restoring America’s quality of education.”

To Eastman, such matters are “all interconnected” amid what she recognized — in stark contrast with some of the former president’s supporters — as an ongoing pandemic.

“We are not beyond the pandemic yet,” Eastman said. “We need to forge a path to reconciling the challenges that we have identified in these crises and fix and really tackle and be brave enough to say, let’s get at it and fix the supply chain crisis, let’s get at it and make sure that we are doing something very thoughtful about addressing the problems of inflation right now.”

Her top issue, however, is security, which Eastman describes as the primary catalyst that motivated her decision to enter the race last October. “It was the fall of Afghanistan last August which was my tipping point,” said the combat veteran, who served in Afghanistan during her 10 years as an Army intelligence officer and commander.

As Eastman watched the Biden administration carry out what she has criticized as a “disastrous withdrawal” from the war-torn country, she recalled feeling the same sense of urgency that had influenced her decision to join the military after the September 11 attacks, when she deployed to Iraq during her first tour of duty. “It was like a second 9/11 moment,” Eastman said, “of how do I help?”

Eastman, the author of a 2016 memoir, The Frontline Generation: How We Served Post 9/11, chose to pursue elected office. “We need to get back to Ronald Reagan’s ‘peace is achieved through strength,’” she declared.

But in conversation with JI, Eastman, who earned a master’s degree in international studies from the University of Denver, at points suggested a preference for varying levels of diplomacy and direct outreach while addressing a host of Middle East foreign policy concerns.

Unsurprising given unanimous opposition among Republicans, Eastman said she is against a new nuclear deal with Iran, noting that her “biggest focus” is “to make sure, first and foremost and always, that Iran does not become the North Korea of the Middle East.”

Even as Eastman expressed skepticism over Iran’s ability to act in good faith, however, “we must have open dialogue and talk and communicate,” she emphasized. “That’s important as human beings and as nation-states and as leaders. In that same breath, we need to be strong and toe the line on what’s acceptable and what’s not. I believe that it’s not acceptable for Iran to have a nuclear weapon.”

Eastman was more optimistic discussing the Abraham Accords, which normalized relations between Israel and a number of Arab nations in what was viewed, in part, as a united front against the shared enemy of Iran. “I hope that more countries in the region can come to the table and really join that historic peace deal,” she told JI. “I think the human spirit is capable of amazing things, and I believe that people can come together on solutions when, even at the last moment, you think there’s not a possibility. I’ve seen that time and time again.”

While Eastman acknowledged that, as a self-described political outsider, she does not have a voting record on such matters, she said she was “100% behind Israel.”

“We support them, we are behind them, and it’s their decision if they want to adopt a two-state solution,” she said, echoing the sentiments of several Republican candidates who have shied away from voicing explicit support for the establishment of an independent Palestinian state alongside Israel. “That’s up to them. I don’t think any nation should go tell another nation what to do, and so I believe it’s up to the Israeli people to decide that.”

Eastman explained that her views are personally informed by a family story connected with the Holocaust, noting that her son is named after her husband’s grandfather, who fought in the Dutch resistance during World War II. “He would tell him stories of how he would hide Jewish families in his barn to protect them and put his own family at risk in doing that,” Eastman told JI. “That was the right thing to do, to take care of people.”

Her military experience informs what she characterized as a more tolerant view of human differences that, she believes, is particularly important to uphold amid rising incidents of antisemitic attacks and other racially motivated hate crimes.

“When you serve together in the military, you come from all walks of life, all backgrounds, and you learn about someone else’s perspective from the world when you may not have stood in those shoes,” Eastman said. “As a veteran, that’s the perspective that I bring that is unique and powerful, and it is something that, I believe, is important to set the tone and really reverberate across our culture.

“We don’t have to agree on everything, we can be different,” she added. “But that’s exactly right, we respect our differences, and differentiation adds value, but let’s focus on how we can move together and focus on the mission at hand.”

For now, Eastman’s mission is to overcome what appear to be steep odds as the longshot candidate prepares to go up against an array of leading opponents who have outpaced her low-single-digit polling numbers, including Budd as well as former Gov. Pat McCrory and former Rep. Mark Walker (R-NC).

Eastman — who reported a strong fundraising haul last quarter despite having launched her campaign much later than the rest of the field — remains undaunted, arguing that her candidacy represents what voters regard as a “fresh voice” in politics. 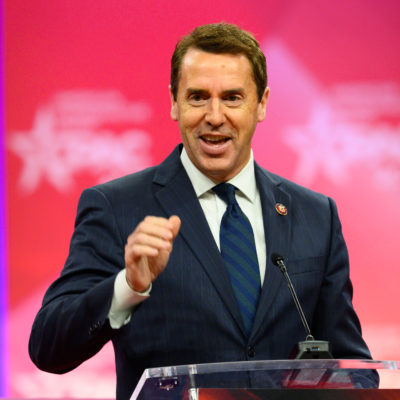 “They see a woman, they see a mom, but when you get down and you peel it back, they realize I’m the only veteran,” she said, “especially the only veteran that’s served in combat, who understands the national security and foreign policy implications, especially what we’re facing now and how that affects and really connects to our economy.”

Eschewing Reagan analogies in favor of a more recent model, Eastman described herself as “the North Carolina Youngkin,” referring to Glenn Youngkin, the former Carlyle CEO who pulled off a remarkable upset as a Republican candidate in Virginia’s recent gubernatorial election, where he successfully distanced himself from Trump as part of an effort to harness a broad coalition of supporters who helped propel him to victory.

By most accounts, Eastman does not appear to have such momentum on her side as the race enters its final stretch. If anything, though, Eastman seems intent on at least contributing to a dynamic shift at a moment of intense division within the GOP, the sensible solution to which, she has often argued throughout her campaign, was offered decades ago by her ultimate political hero.

“We need to go back,” Eastman reiterated, “to making sure that we are Ronald Reagan’s big tent.”