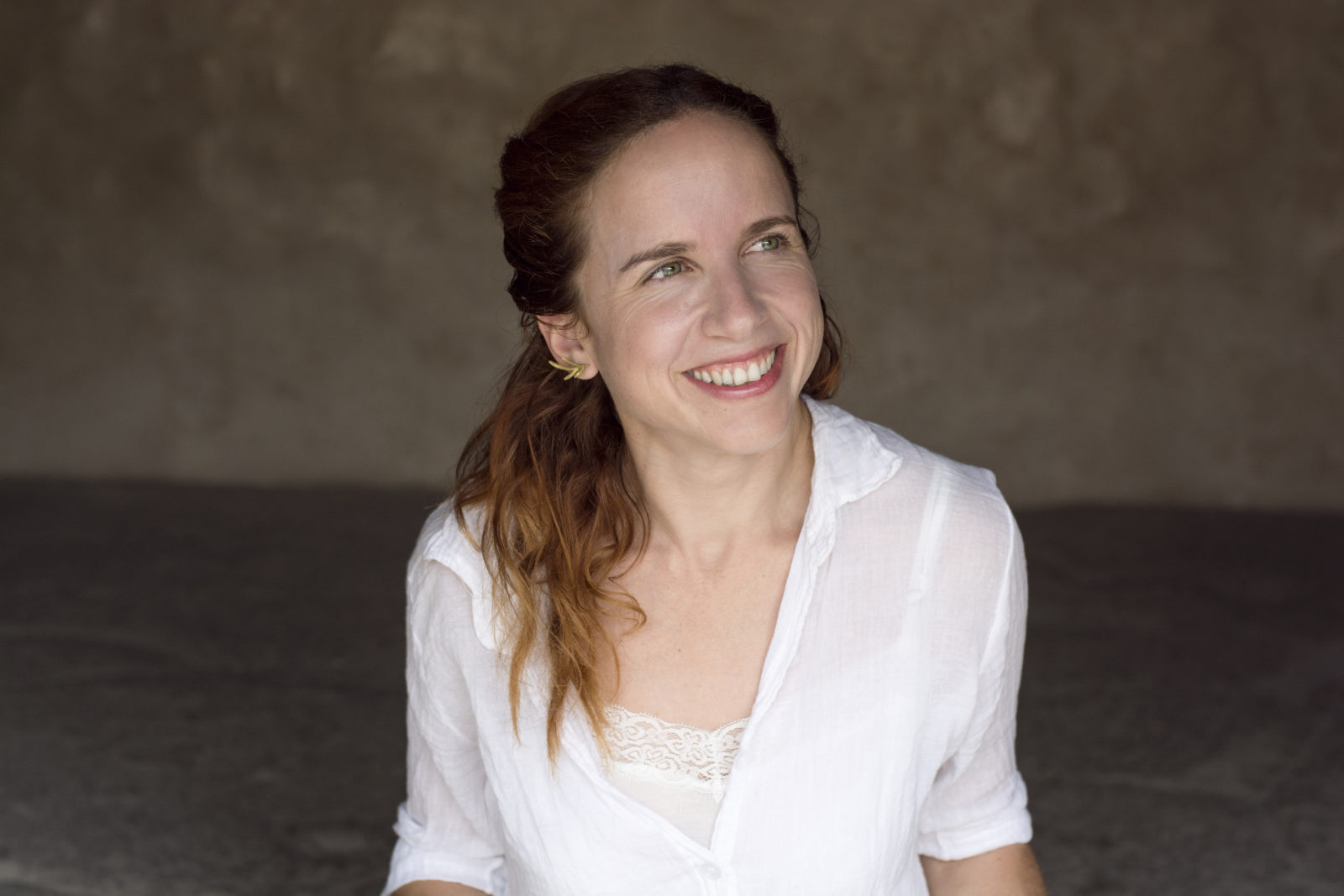 Former Knesset member Stav Shaffir rose to prominence in 2011 as a leader of social justice protests that quickly spread across the country. A decade later, and after seven years in the Knesset, Shaffir is taking on an issue that is even more personal.

Shaffir has gathered a group of families who are proposing an ambitious program that will support lifelong learning for people with autism, like her sister Shir.

“Just as Israelis take public healthcare for granted, they can take it for granted that Israelis with special needs have to have a system that continues their development,” Shaffir said.

Shaffir’s efforts are one of two parallel initiatives spearheaded by parents and family members in recent months that aim to provide more opportunities for adults with autism. They’re a part of a quiet revolution that could transform and enrich the lives of autistic people, making it possible for them to become more integrated into the mainstream community and to lead more productive and fulfilling lives.

In Israel, individuals with autism “age out” of state-provided education programs upon reaching adulthood. With no pipeline to continued educational and vocational opportunities, many experience a deteriorating quality of life, and the stresses of caretaking are put on their loved ones.

While Israel’s education system has well-developed schools and programs for people on the autism spectrum, when autistic adults turn 21 they must leave school. Parents can rarely provide the kind of structure and all-day activities that they need, so they turn to tasuka, or occupational programs, some of them day programs and others with a residential component. The programs are run by the Social Affairs and Welfare Ministry, and most provide work that involves repetitive tasks, such as putting pieces of plastic into boxes, while lacking any sort of educational component. Those who enter the programs at 21 will acquire no new skills unless they are able to learn from someone outside of their program.

Emanuel Cohen, 56, a Jerusalem father whose 22-year-old son has autism, recently went on a hunger strike outside the Knesset to draw attention to the problem. In a demonstration in October after he had been on the strike nearly three weeks, he appealed to Prime Minister Naftali Bennett and Social Welfare Minister Meir Cohen to change the system. “Once people with autism turn 21, they are pushed out of a helicopter,” he said, and given almost no services. Speakersr at the demonstration — many of them parents like Cohen — described how the meaningless, repetitive work and lack of mental stimulation causes many people on the autism spectrum to deteriorate, noting that they sometimes become so frustrated they lash out violently against others and also harm themselves.

“All of us deserve to learn all our lives and work at something meaningful and fulfilling,” Shaffir said. “When school ends for people on the spectrum — if they are not very high on the spectrum and can independently study for a degree — the framework they have been used to completely disappears. They don’t have any chance to continue to study, or enjoy their hobbies within a suitable framework, with people their age and especially alongside people without cognitive/autistic disabilities.”

That the existing programs are not designed to educate is not all that concerns her. “It’s not only the educational part that the governmental programs are lacking, it’s any kind of proper developmental care. Their perception is that [it’s enough] to practically babysit those young adults, but not to expect them to progress in their skills and abilities, or to be happy. [These programs] do not measure their success with parameters of self-fulfillment, happiness, development — but only with the fact they keep them outside of their homes for eight hours a day. There’s also no room for individuality — it’s all a factory-like system,” she said. There is rarely any attempt to match people with work, she said, that reflects their interests or makes use of their strengths.

The program Shaffir is seeking to build will create centers on university campuses, where individuals with autism will learn part-time, to the best of their ability in individual programs that will be run using university resources. They will also have an occupational component that will involve working alongside mainstream students, under the supervision of special-needs professionals. Work options might include gardening and recycling, services a campus needs, Shaffir said, and the courses of study would vary, depending on the interests and abilities of each person.

She became emotional as she spoke about her family’s journey to find such a place for Shir, ultimately deciding to create one themselves. Her affection for her sister was palpable as she described Shir’s talents, interests and her love of music. After having positive experiences in school and a program affiliated with the IDF, Shir went into a new program. “It looked right in the beginning. But then four people who had enough supervision became 12 people, without any increase in staffing.”

Shir suffered the kind of breakdown that is tragically common among people with autism once they leave school, Shaffir said. There was a decision made by administrators at her old program “to start giving drugs…. all the progress she had made over the years disappeared. It was a terrible situation and we brought her home. We spent months being with her all the time. One day we just said, ‘OK. If and when she gets out of this, we’re going to build something that’s better.’”

Shaffir comes from a loving, intact family where different people can share in her sister’s care and she acknowledges that this is not always the case. “It shouldn’t be that the families have to build this. But that is the situation.”

She rejected the notion, as did Cohen and the parents who spoke at the demonstration in Jerusalem, that there is little people on the autism spectrum can accomplish.

“When they are given these jobs that are meaningless and repetitive and that a machine could actually do much better and more efficiently, they don’t do well. They are capable of so much more,” she said. “We want to create a new model: developmental centers located at the heart of academic campuses, allowing people with autism or intellectual disabilities access to an inclusive environment adapted for them, in addition to studies of their personal choice — like any typical student in Israel.”

She started a fundraising campaign to build the Shira Center to cover the expenses that the government and the universities are not able to absorb.

“Our first center is being established in Ruppin College in the Hefer Valley, and the first special students will start studying there already this year,” Shaffir said, “The center includes a variety of employment opportunities within the college, and for students from relevant fields a unique autism care internship, as well as a volunteer program. Our members will learn to use innovative technologies to deal with everyday challenges, integrate into the local community, and also enjoy art, music and sports therapy. We believe that a person that feels significant develops, grows and becomes happier. The surrounding society will also benefit from working alongside people with special needs, becoming more open, giving, stronger, and confident in its ability to create a safe place for each and every one of us.”

To date, they have raised over NIS 650,000 (about $210,000) of their goal of one million shekels from over 3,000 donors. She and her family have been joined in this effort by many, among them Doron Somer, the father of a 24-year-old with autism and the CEO and founder of AngelSense, a GPS and voice-monitoring solution designed for children with special needs.

“We are now receiving requests from other universities that want a similar Shira Center — and therefore we need to fundraise 10 times more of what we did until now, in order to be able to develop this solution for many more young adults on the spectrum (and/or with intellectual disabilities). We are opening the first one in January,” Shaffir said. 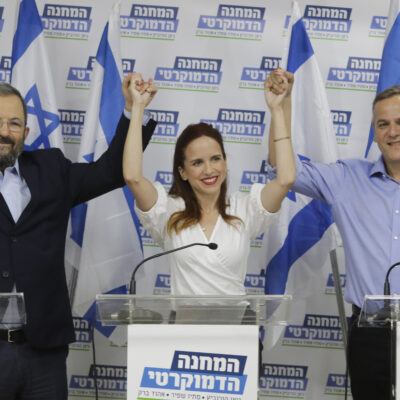 The parents protesting at the Knesset, whose goals were to secure an increase in the budget for occupational centers for people with autism to add educational and enriching activities and to raise the wages of the teachers and staff who work at such centers — who currently receive minimum wage and who are often forced to leave to support their families — were able to claim a small victory with the approval of the new budget last month.

While they did not receive the increase of NIS 2000 ($645) per month per person that they had requested, the government did approve an NIS 1000 ($322) per month increase for stipends for those who have more severe autism, as well as 80 new training courses for staff members — many of whom currently receive little to no training — and the establishment of a commission on occupational and educational frameworks which includes parents.

Tami Ben-David Yona, the mother of a young man in Jerusalem with autism, who is active in ALUT, the autism parents’ network, said, “This struggle for our children now that they are in this phase of life parallels what we had to do to get their schools built. We have had to fight for everything.” All the advances in the education system up to now, from the creation of preschool classes for people on the spectrum to the building of special schools, came after pressure from parents on the government, she said.

For people like Shaffir, Cohen and Yona, failure in this quest is not an option. “When they do something they are passionate about, it wakes them up,” said Shaffir, who noted that growing up with a sister on the spectrum fostered in herself a sense of empathy. “When we close our eyes to people who need more support, we are weaker as a society.”