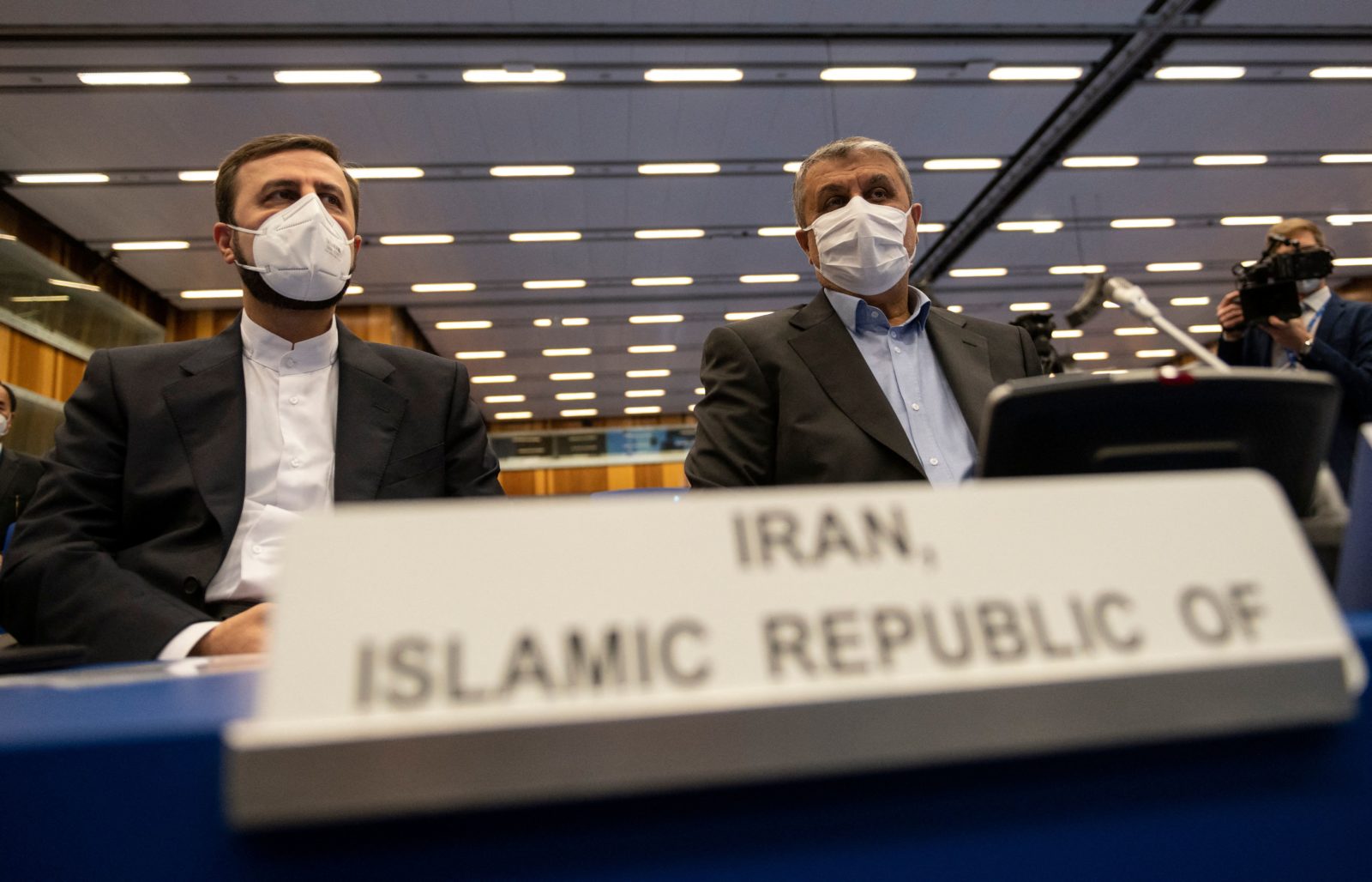 As diplomats return to Vienna this week to resume negotiations on Iran’s nuclear program, Israel faces a strategic dilemma: Ramp up the rhetoric that, in the past, has put it at odds with its closest allies; or find a quieter, more polite, way to work within the renewed diplomatic push and perhaps achieve a more acceptable outcome than the deal negotiated with Iran in 2015.

Thus far, Israel’s new government, including Prime Minister Naftali Bennett — who met with President Joe Biden in August, after the most recent round of talks — seems to be adopting the latter approach, a clear departure from the combative and divisive tone of former Prime Minister Benjamin Netanyahu. But, as the new round of talks begin, Israel could once again find itself on a collision course with major world powers, including the United States.

Opinions differ on how best to monitor and challenge the Islamic Republic’s militaristic nuclear ambitions. Israeli officials are advocating for a maximum-pressure campaign with crippling sanctions and international isolation, while global powers, led now by the Biden administration, are opting for a more muted, diplomatic process.

“I believe and consider the relationship between Israel and U.S. as the cornerstone of our national security, and it is [in] our interest to be coordinated with the administration and with Europe,” Israel’s former Defense Minister and former IDF Chief of Staff Moshe “Bogie” Yaalon told Jewish Insider in a recent interview. “There might be disputes but those should be discussed indoors, not publicly.”

Yaalon, who held various positions in Netanyahu’s cabinet, slammed the former leader for using the Iranian nuclear issue for “political interests” and for openly meddling in internal U.S. politics – most notably Netanyahu’s controversial 2015 speech to a joint session of Congress in which he publicly opposed the Obama administration’s efforts to secure the Joint Comprehensive Plan of Action (JCPOA).

“I did not like it at the time — the whole idea of an Israeli prime minister intervening in U.S. politics,” said the longtime Israeli politician. “We should work to keep the bipartisan relationship and though I was not then serving in any official capacity, it was Netanyahu who pushed [President Donald] Trump to withdraw [from the nuclear deal in 2018].”

“The JCPOA was a historic mistake, but the withdrawal from it was even worse,” said Yaalon. “At least in 2015, we had an international coalition, the P5+1 voted together in the U.N. Security Council. But by withdrawing and going alone, the U.S. lost Europe, Russia and China. It was a tremendous mistake.”

There are signs that Israel’s new leaders also recognize the flaws in the previous government’s public approach, keeping their criticisms of the Biden administration’s diplomatic strategy under the radar.

Speaking last week at the Institute for Policy and Strategy at Reichman University in Herzliya, Bennett alluded to a reevaluation, saying, “We need to look at what we’ve accomplished and examine if we need to recalibrate this vast effort. And the answer, if we look openly and reasonably, is yes.”

The prime minister highlighted only that “the State of Israel must maintain its capabilities to act and its freedom of action, in every situation and under any political circumstances.” Israel’s army chief of staff, Lt. Gen. Aviv Kochavi, said that Bennett had already authorized more funding for planning and practicing attacks.

At the same event as Bennett, Defense Minister Benny Gantz, who will travel to the United States in the coming weeks said that a diplomatic solution on Iran was “preferable,” he said, but “the use of force should be on the table.”

He urged the world to “add a ‘Plan B’ to the diplomatic option.”

And Israeli Foreign Minister Yair Lapid, who is scheduled to be in London and Paris this week, is likely to press respective leaders to toughen their stance on Iran, while reiterating Israel’s message not to rejoin the JCPOA, which it viewed as fatally flawed.

Yaalon, who recently announced his first foray into the business world heading a new Israeli venture capital fund, said it is unlikely the JCPOA will be revived.

“In order to bring them to a deal or make any real decisions on their military nuclear and missile project, the Iranians must be put under pressure,” Yaalon told JI. “To force this, there needs to be a combination of political isolation, crippling sanctions and a credible military option.”

Biden has said publicly that if diplomatic efforts with Iran fail, the U.S. would seek alternative options. Last week, U.S. Special Envoy for Iran Rob Malley stated that while the U.S. was prepared to return to the deal, if Iran continued to “drag its feet at the nuclear diplomatic table and accelerate its pace when it comes to its nuclear program, if that’s the path it chooses, we’ll have to respond accordingly.”

In Vienna this week, Iran, led for the first time by hardline President Ebrahim Raisi, is expected to call on world powers to lift both nuclear and non-nuclear sanctions, as well as ask for a guarantee from the U.S. that no future president will unilaterally abandon any agreement, as Trump did – a demand Biden is unlikely to accept.

However, some Middle East analysts believe that, desperate for a solution, the U.S. will cave to some of Iran’s demands, settling for an interim agreement that will halt Tehran’s progress temporarily in exchange for removing some of the harshest sanctions put in place by the Trump administration.

“There will be a shorter deal, a less-for-more deal, where the U.S. requests fewer restrictions and Iran will get more for their economic recovery, then Biden can say it’s done, put it on back-burner and move on to other policies,” Mark Dubowitz, CEO of the Washington, D.C.-based Foundation for Defense of Democracies (FDD), told JI. “They will say this is not the final deal, that they want a longer and stronger deal, but it’s likely that this temporary deal will become permanent.”

Yaakov Nagel, Israel’s former acting national security advisor under Netanyahu, said he does not believe the new Israeli government’s approach on Iran had changed too much, just “the music.”

“Bennett and Lapid do not want to confront the U.S. publicly,” Nagel noted.

“Israel must explain to the world by every means that it will not be part of any foolish agreement, [that] we will not allow Iran to become nuclear and we will protect ourselves by ourselves,” said Nagel. “When our closest ally is making mistakes then, we have to tell them, even if there are clashes, especially when it concerns an existential threat against Israel.”